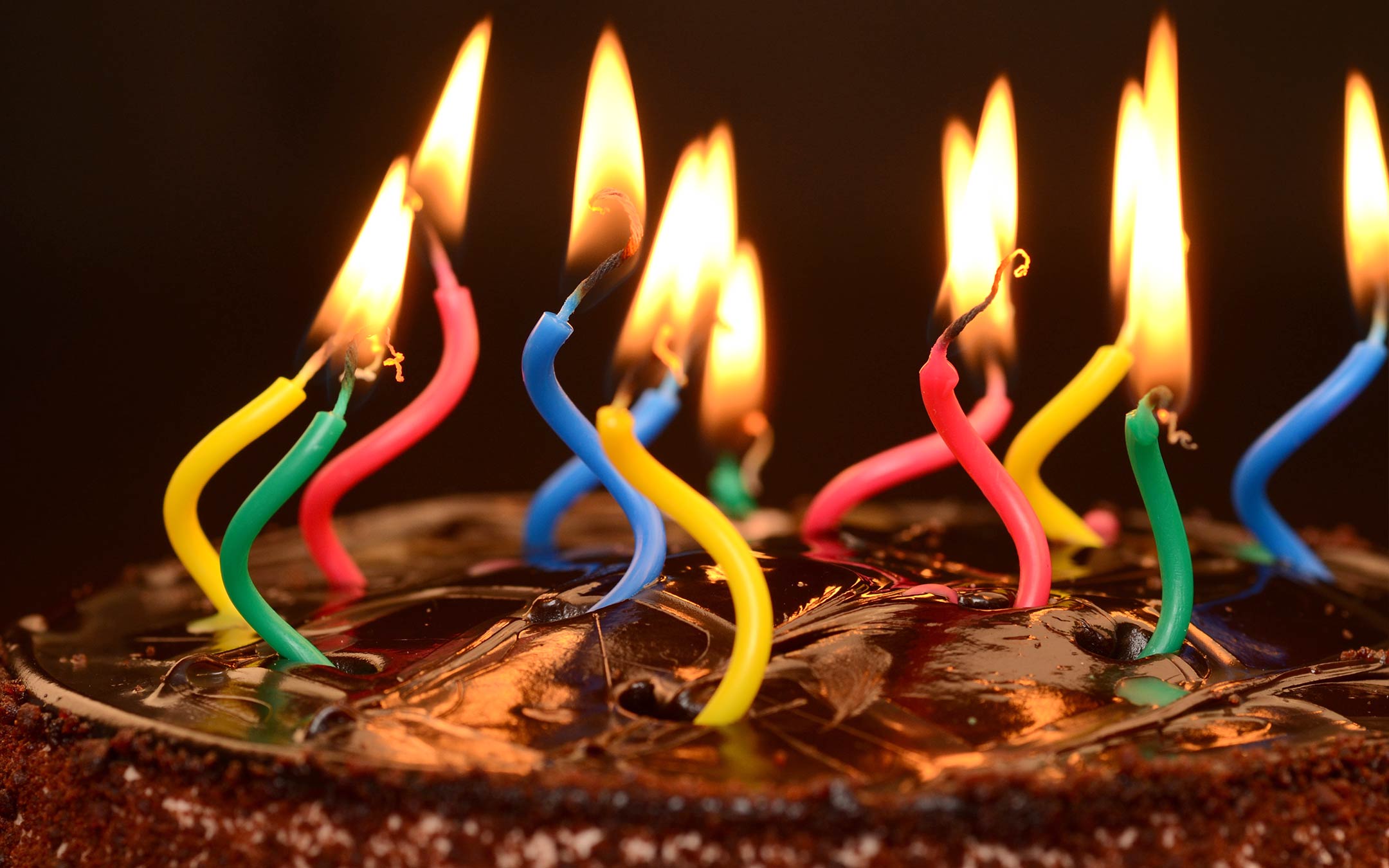 While many believe birthday celebrations are harmless, this is the exact opposite of what Scripture teaches. In fact, with the possible exception of Yeshua’s birth, Scripture never celebrates birthdays.

Iyov (Job) 1:4-5
4 And his sons went and held a feast in the house of each one upon his day; and they sent and called for their three sisters to eat and to drink with them.
5 And it was so, when the days of their feasting were gone about, that Iyov sent and set them apart, and rose up early in the morning, and offered burnt-offerings according to the number of them all: for Iyov said, “It may be that my sons have sinned, and renounced Elohim in their hearts.” Thus did Iyov continually.

Notice that rather than telling us that these birthday celebrations were a good thing, we see that Iyov took pains to sacrifice on his children’s behalf, since he was concerned that their decision to celebrate their own birthdays may have been a sin, and that it may also have served as an indication that Iyov’s son’s had renounced Elohim in their hearts.

Iyov (Job) 1:18-19
18 While he was yet speaking, there came also another, and said, “Your sons and your daughters were eating and drinking wine in their eldest brother’s house;
19 And, behold, there came a great wind [i.e., a great Spirit] from the wilderness, and smote the four corners of the house, and it fell upon the young men, and they are dead; and I only am escaped alone to tell you.”

Is it possible that the reason Yahweh allowed Satan to take Iyov’s children’s lives was precisely because the desire to celebrate birthdays really does indicate a wrong spiritual condition? Is it possible that for one to celebrate one’s birthday is really to exalt oneself in one’s heart, and that Iyov equated exalting oneself in one’s heart with having renounced Elohim?

The first and the great commandment is to love Yahweh our Elohim with all of our heart, soul, and mind; and the second is like unto it: that we love our neighbors as ourselves. However, if Iyov’s sons were truly dedicated towards loving and serving Yahweh, and building His kingdom with all of their hearts, souls and minds, then why would they have wanted to take the time to celebrate their birthdays in the first place? What does it do for Yahweh? And how does it further His kingdom?

Pharaoh celebrated his own birthday.

Pharaoh, however, is not our example; and we are not supposed to walk like the Egyptians walk.

King Herod also celebrated his own day. However, once again, King Herod is not our example, and this birthday celebration led to the death of Yochanan haMatbil (John the Baptist).

Marqaus (Mark) 6:21-24
21 And when a convenient day was come, that Herod on his birthday made a supper to his lords, and the high captains, and the chief men of Galilee;
22 And when the daughter of Herodias herself came in and danced, she pleased Herod and them that sat at meat with him; and the king said unto the damsel, “Ask of me whatsoever you will, and I will give it to you.”
23 And he swore unto her, “Whatsoever you shall ask of me, I will give it to you, up to half of my kingdom.”
24 And she went out, and said unto her mother, “What shall I ask?” And she said, “The head of Yochanan haMatbil (John the Baptist).”

While he was still alive, Yochanan haMatbil told us something very important. He told us that in order for the Father’s will to be done, he had to decrease.

Human nature is very prideful. It is the nature of man to want to think more highly of himself than he ought, and this is why the Apostle Shaul warned us that we should not think highly of ourselves.

Romim (Romans) 12:3
3 For I say, through the favor given to me, to everyone who is among you, not to think of himself more highly than he ought to think, but to think soberly, as Elohim has dealt to each one a measure of faith.

Shaul instructed us to have a lowly mind.

Philipim (Philippians) 2:3
3 Let nothing be done through selfish ambition or conceit, but in lowliness of mind let each esteem others better than himself.

One reason most children like birthday celebrations so much is that most children like to be the center of attention. The flesh finds it very pleasing to be exalted. While we might think that the best course of behavior is to let children go ahead and celebrate their birthdays, in order to ‘get it out of their systems’, in truth, we need to raise up our children in the way they should go, so that when they are older they will not depart from the correct path.

Mishle (Proverbs) 22:6
6 Train up a child in the way he should go, and when he is old he will not depart from it.

One of the more difficult parts of parenting children correctly is to teach them, gently, lovingly and over time, to focus less and less upon what they want, and to focus more and more upon Yahweh’s will for them, and upon the needs of others. This learning process can take years, but it is the quintessence of helping children grow into mature, stable adults. Only adults who are able to put away pride, ego and selfishness are able to enter into the the kind of stable relationships that it takes to raise healthy children in turn.

Israel is really just one big extended family, and all of us are called first to be aware of our innate selfish tendencies, and then to die to them, so that we can better seek His will for us (rather than our own will).

Anton LaVey, the modern day founder of the Church of Satan, tells us that the highest of all holidays in the satanic religion is one’s own birthday.

“THE highest of all holidays in the Satanic religion is the date of one’s own birthday. This is in direct contradiction to the holy of holy days of other religions, which deify a particular god who has been created in an anthropomorphic form of their own image, thereby showing that the ego is not really buried.”
The Satanic Bible (Anton Szandor LaVey, [Air] Book of Lucifer – The Enlightenment, Avon Books, 1969, Ch XI, Religious Holidays, p. 96).

LaVey asserts that the reason other religions’ deities have a human form is that human beings like to project their traits upon their deities, which he takes as proof that no one’s ego is ever really buried. According to his line of reasoning, since no one’s ego is ever really buried, the logical thing is just to realize that it is the nature of all flesh to want to worship the self (i.e., to be selfish), and then just to give in to one’s urges.

We might turn this thought process around, and say that while the desire to celebrate one’s own birthday does serve as an indicator that one still wants to exalt one’s own self, and while this desire does represent a victory for the Evil One, this does not serve as any kind of a justification for giving in to one’s urges. Rather, we should pray to Yahweh for help in controlling our selfish urges, and also in being set free from them (with His help).

Yeshua was probably born on the first day of the Feast of Tabernacles, but neither He nor any of His apostles are ever recorded as having celebrated it as His birthday. Yeshua and His apostles just continued to celebrate Yahweh’s feasts as they always did, and thus the focus remained on keeping Yahweh’s feasts, and not on celebrating anyone’s birthday (not even Yeshua’s).

So while there is no clear-cut commandment not to celebrate our birthdays, let us remember that the righteous man Iyob (Job) feared that his sons’ birthday celebrations were a sign that his sons had sinned, and despised Elohim in their hearts.

Qohelet (Ecclesiastes) 7:1
1 A good name is better than precious oil; and the day of death [is better] than the day of one’s birth.

If we truly love our Husband, then why not spend all of our time focusing on Him, and on His people, rather than on ourselves?