Messianic calendar witness Becca Biderman shows that the seven firstfruit species are all ripening on time, as expected.

“A week ago the pomegranates and the dates [below] began to show up in the market. The fruit of the seventh month is already starting to be harvested!….So far, six of the seven firstfruits offerings have offered their witness to us that we are on the Creator’s timing…. [Of the fruits that have named firstfruit offerings…] The only fruit we wait on now is the olives. Based on my trees they will soon be ready to harvest.” 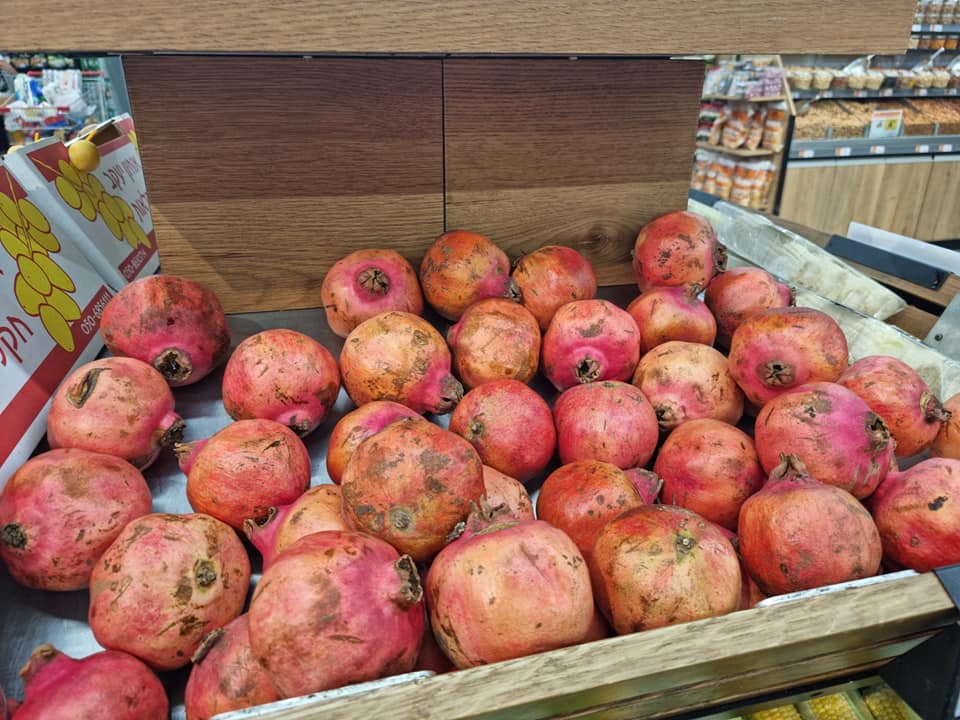 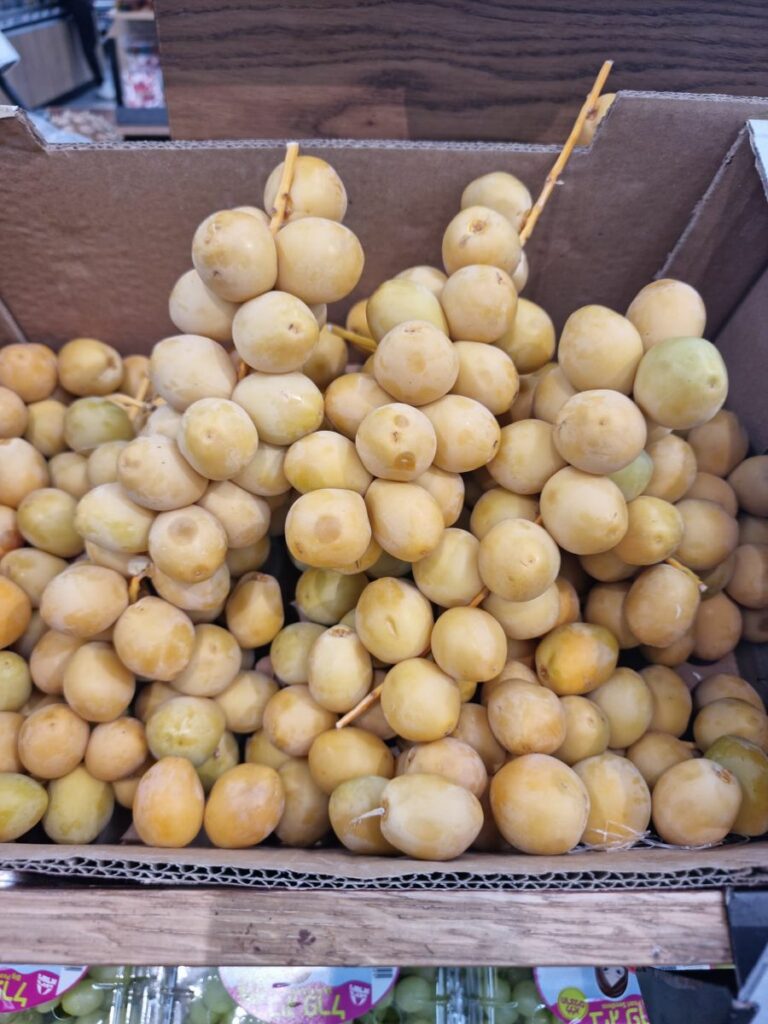 Calendar witness Becca Biderman shows how the firstfruits of the heirlook black Emmer wheat are ready for harvest, just in time for Shavuot.

“Those that needed entire fields of ripe barley, enough to feed a small nation, did not have them to begin their Biblical year, but they began the calendar anyway.”- Becca Biderman.

According to Sighted Moons, Bruce Brill (part of the Karaite Group) is calling for an Adar Gimmel (14th month) because he is not able to find aviv barley (by Karaite definition) anywhere in the land of Israel. The rabbies, however, say that there is no record of there ever being an Adar Gimmel. There are no whole barley fields in the harvestable stage anywhere in Israel and (as we know) the firstfruits have aready began shattering. Meanwhile, other Karaite/Messianic barley search groups (such as Devorah’s Datetree, Biblical Calendar Forum, and Abib of God) have already declared the Head of the Year as of 3 April 2022, and are guiding many to observe the Feasts in the wrong month. Even though this decision contradicts the false requirement for whole harvestable fields that they have instituted. Please pray for the Karaites and Messianics to wake up to Yahweh’s true Torah Calendar, established on the “true firstfruits” (symbolic of the true Mashiach, Yeshua). Praise Yah for proving His true Torah calendar which pairs perfectly with the testimony of His Son, Yeshua HaMashiach.

Please view the following link for full detail on how the Kariate/Messianic false doctrine is literally shattering to pieces on the ground.

This video is by barley witness Becca Biderman.

Aviv barley witness sister Becca Biderman reports that more fields have been found with aviv barley, and these fields were also inspected by other qualified barley witnesses, Joe Dumond and Randy Cates. So, now we have multiple aviv barley fields, verified by multiple witnesses. Because of this we are definitely good for the Wave Sheaf Offering on the first day of the week (20 March 2022). 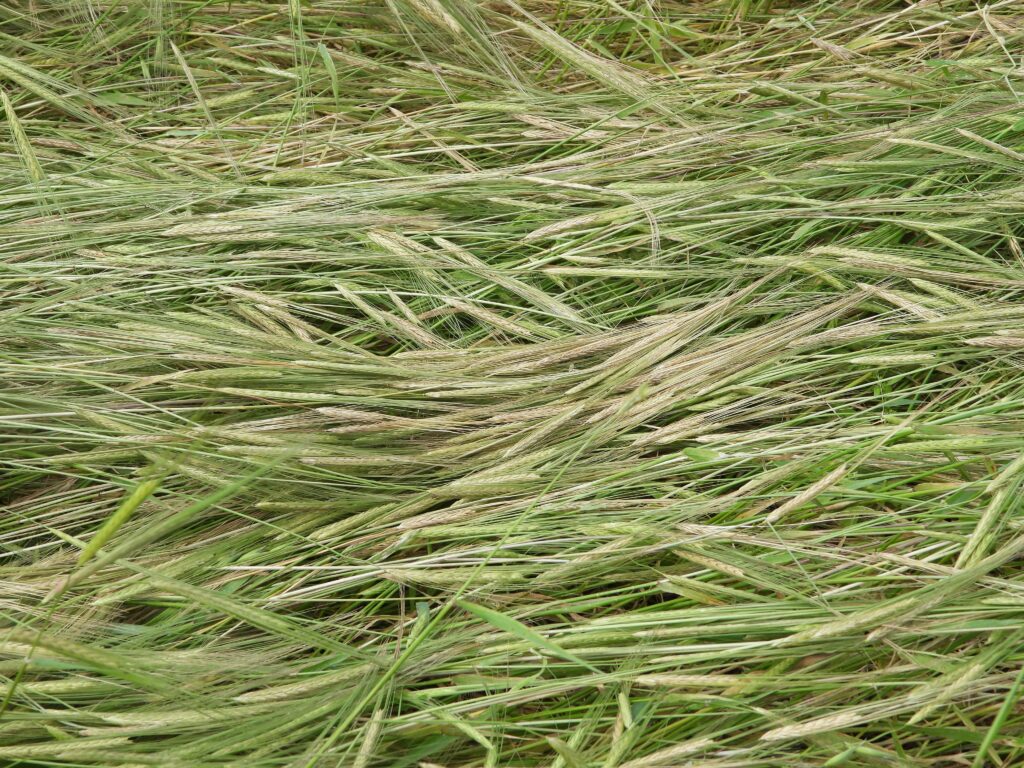 Aviv barley witness sister Becca Biderman reports that sufficient aviv has been found for an omer. Details below.

On 2022-03-13, aviv barley witness sister Becca Biderman found sufficient aviv barley for an omer in the Beit She’an area. By ancient standards there are two days left to go before the wave sheaf would have to be harvested and transported to Jerusalem, to be presented on Yom HaNafat HaOmer on 20 March (one week from today). There WOULD be a sufficient sheaf.

Becca says that with two days to go before the barley will have to be harvested, there are perhaps 5% of the stalks that are still in late worm or soft dough stages–however, it is much better to harvest it this month, because the option is to wait until the next opportunity to offer Yom HaNafat HaOmer, on 17 April, and Becca estimates that by 17 April, perhaps only 30% of that barley would even be left standing in the head (NBW: and it would no longer be harvestable by ancient sickle methods).

That is, Becca estimates that approximately 70% or more of that field would fall to the ground and be lost before the next wave sheaf opportunity on 17 April. Therefore, if we wait until 17 April, the barley farmers with the earliest ripening barley would lose their crops. (And that would be systemic injustice, which Yahweh hates.)

She explains why the presentation sheaf (symbolic of Yeshua) needs to be offered this month (and not next). She plans to do another inspection in two days’ time.

Drama? No one is better at it than Elohim!
Rains, sleet, and snow have been reported over the last 24 hours. OH and the winds, the howling winds have arrived to dry the rain from the grains, lol.
The storks have arrived by the thousand [because those who care about those things read what I write

]
The barley is teetering on achieving the quantity of being a firstfruits offering
(1 omer, 2.3 liters, about 1.5 pounds, 1/50 of an acre: these are all averages to show we don’t need much. There’s an omer’s worth of dough barley now but I need to see it grouped together so a sickle could be used to harvest it. It’s still sprinked and scattered around)
The flax is blooming
The wheat is visibly pregnant with it’s head
The with spelt is recognizable.
The grape vines are leafing out
The fig trees are making tiny figs
The pomegranate trees are putting on their leaves
Is that enough nail biting drama, lol. I love seeing it all unfold. We aren’t in control and we are waiting on the One that is to finish His magnificent display of Who He is. All we can and should do is patiently wait on Him
Enjoy the two videos of some of Yah’s drama. Truly magnificent

I believe the barley will come ripe in the same way as the storks arrived this year. I believe we will see a more general field ripening than area ripening and it will be dramatically right on time.
Right now I’m waiting for the hip deep barley to dry out a bit so I can go to look at it again and so we wait….we wait on what He provides us and we go with His flow.

The storks arrived in Israel (which is traditionally tied with the aviv and the offering of the omer). 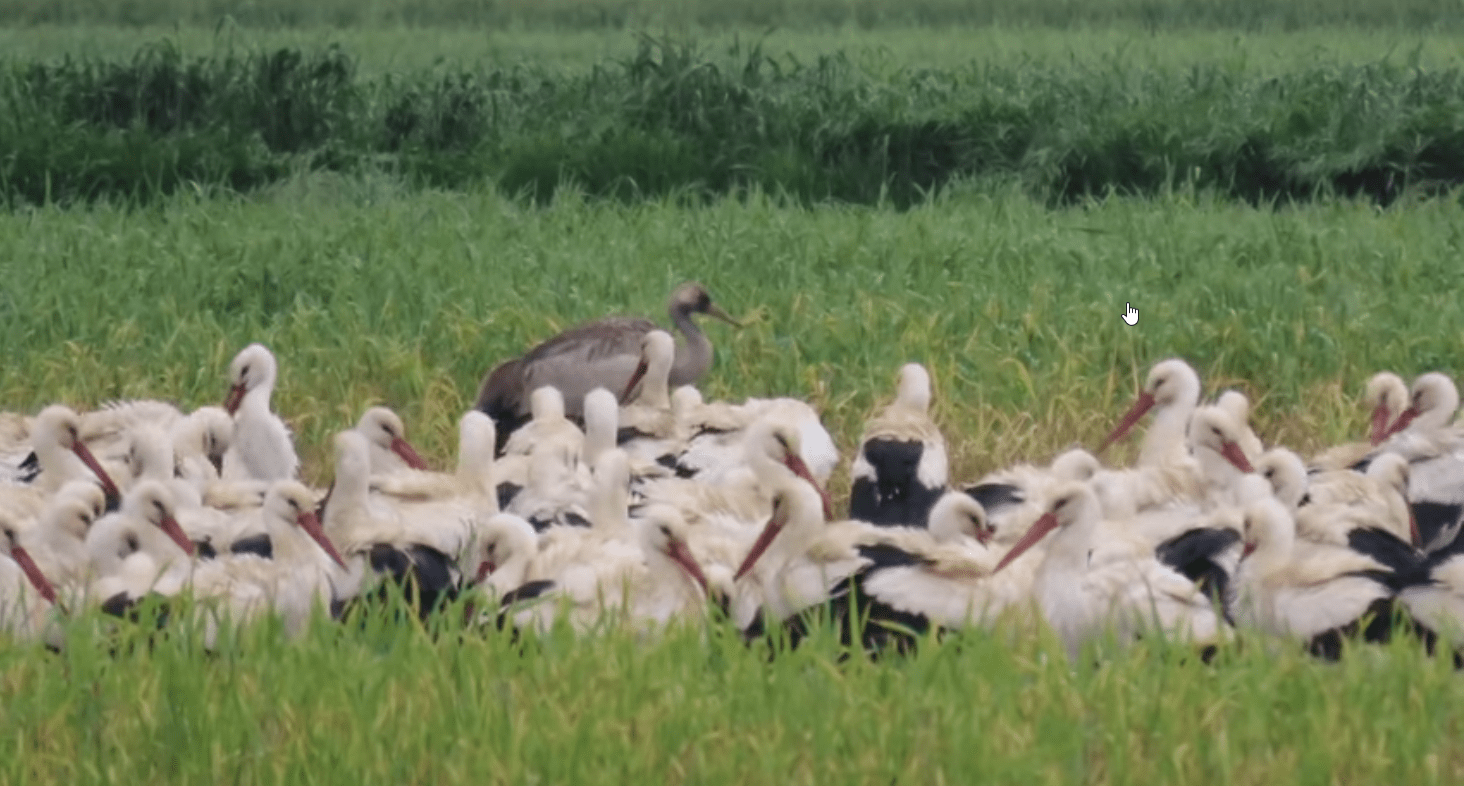 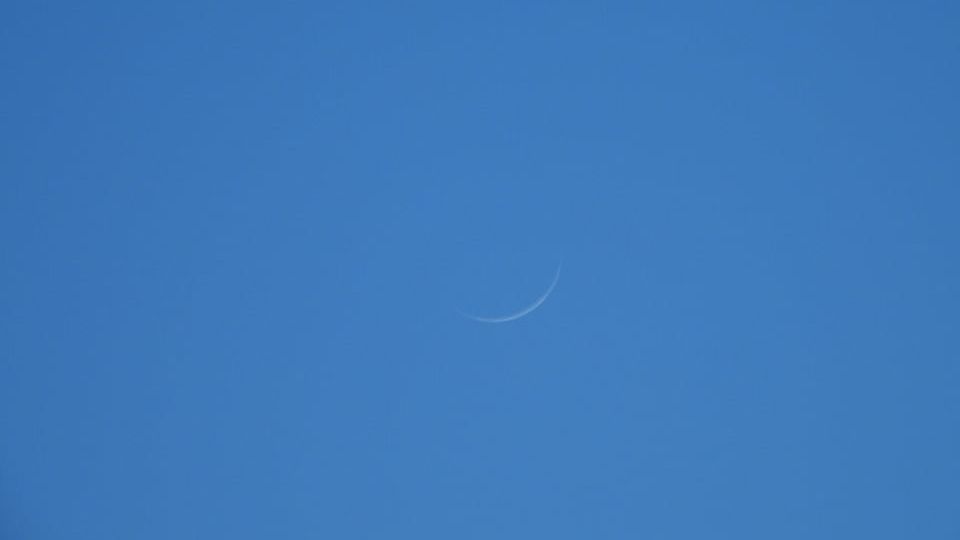 On 2022-02-28, with 20 days to go before Yom HaNafat HaOmer, barley witness sister Becca Biderman gave a photographic report of the barley near Beit She’an. She reports that there is abundant barley at the end of the worm stage, entering the dough stage. Taken in context, that means we are maybe +/- one week away from the aviv stage (and no more than 2 weeks). There will certainly be at least a single wave sheaf of aviv barley to present to Yahweh on the day of the Wave Sheaf Offering, 2022-02-28.

She reports:
“Not doughy, not yet, almost there! But I think I can narrow my attention to this single field. The south end has the most barley at the end of the squished worm stage. Shoshana was with me today. The last time I was in the field the south end had bloomed. Now the rest of the field has bloomed or is blooming. It’s the south end that’s the furthest advanced. I also noticed a secondary field on the other side of the olive trees as I was leaving. I didnt have time today but I do want to go back and see that area just to see what I can see. It looked to be in a very similar condition” 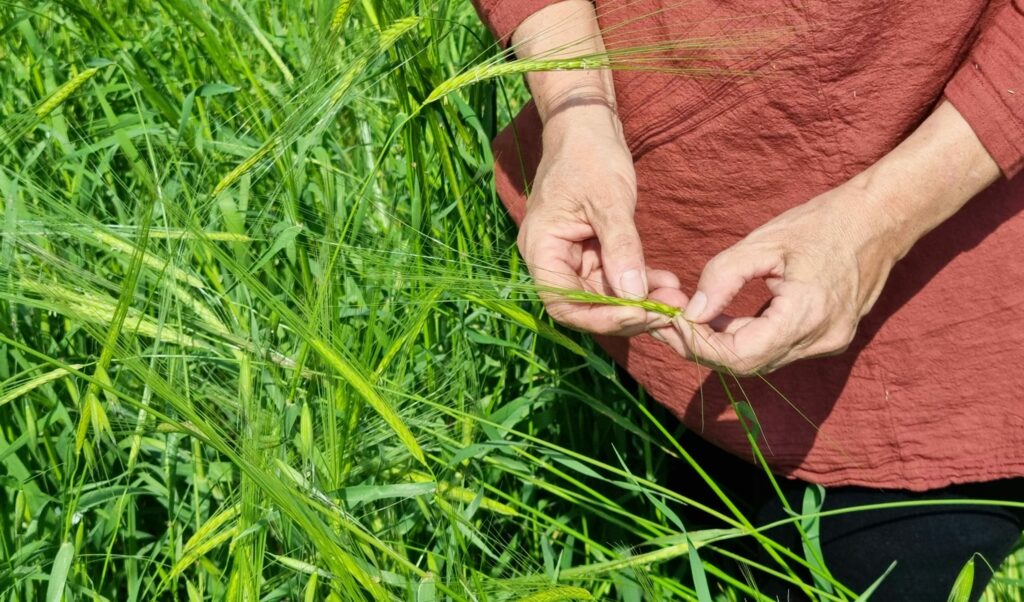 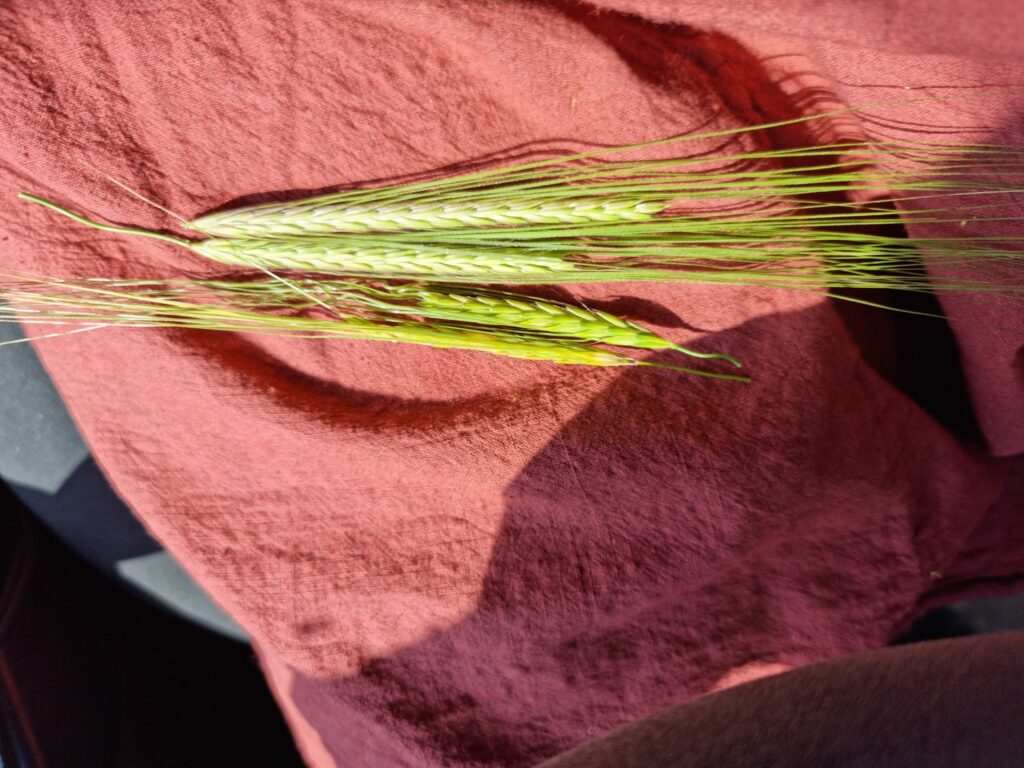 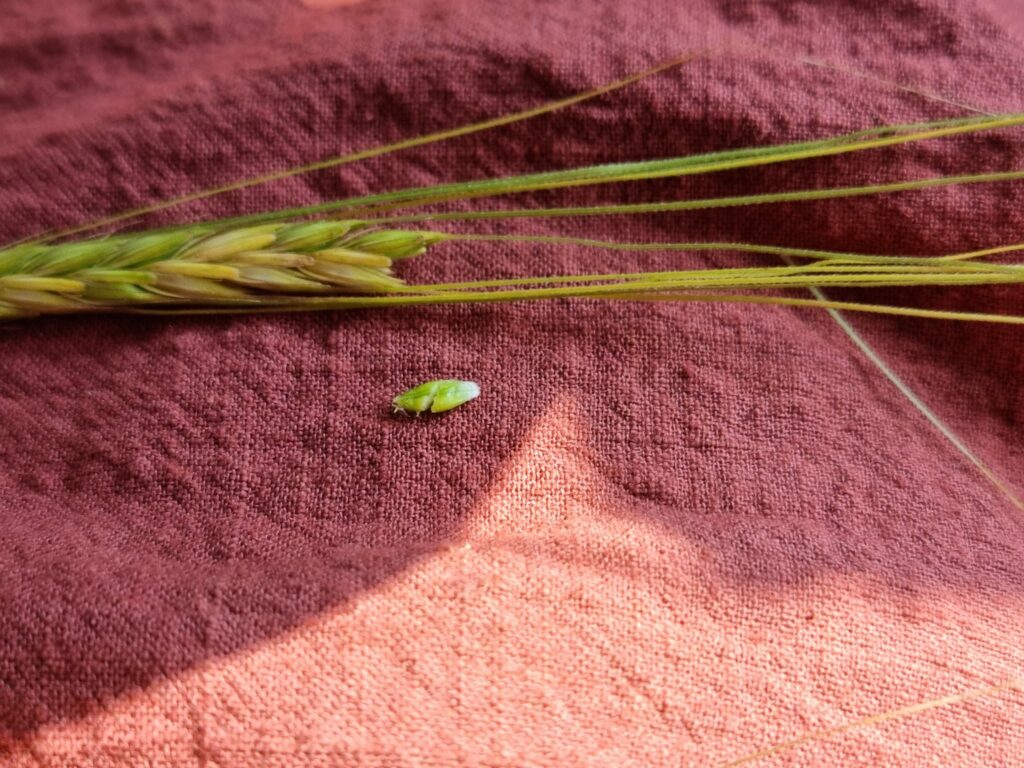 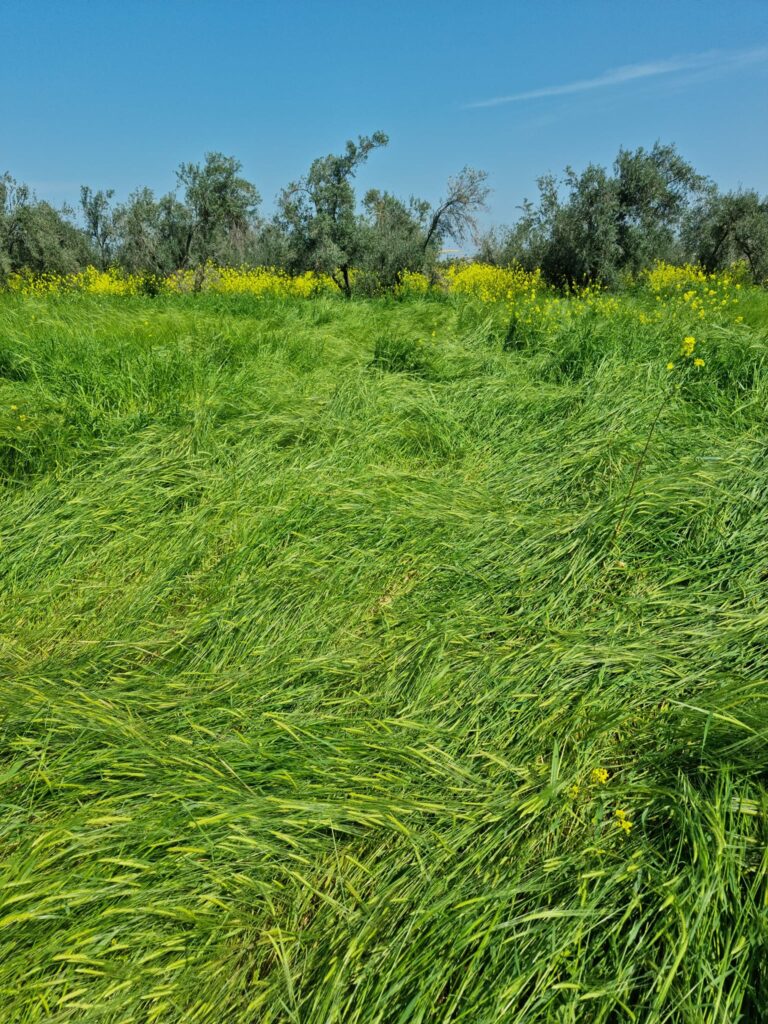 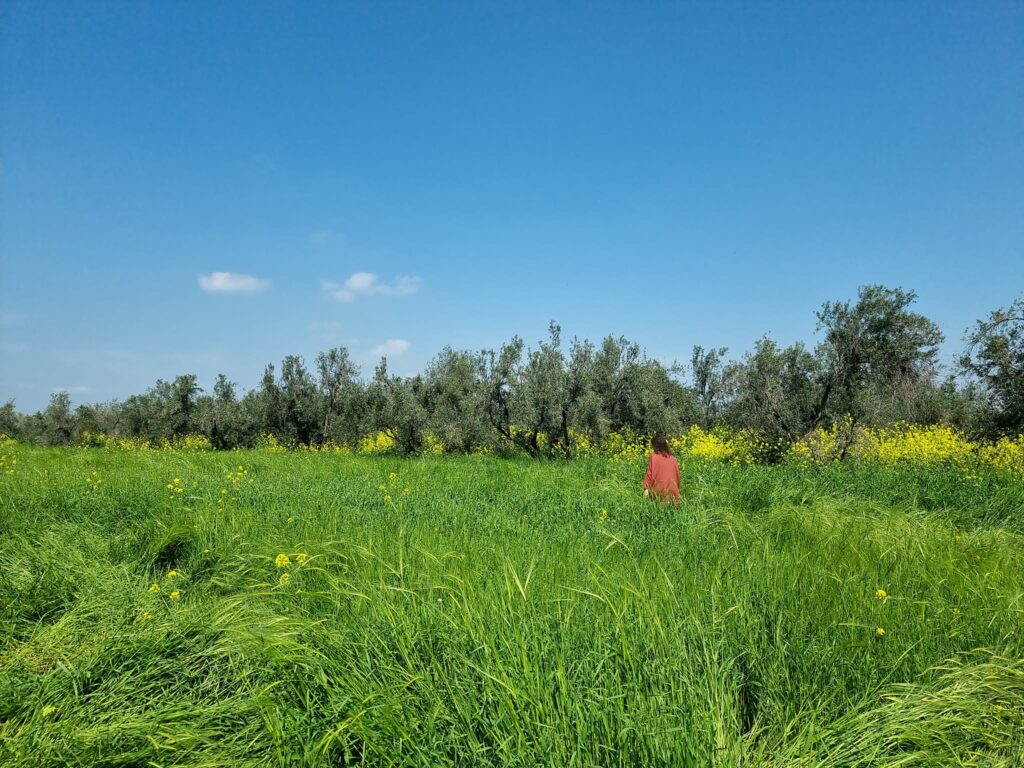 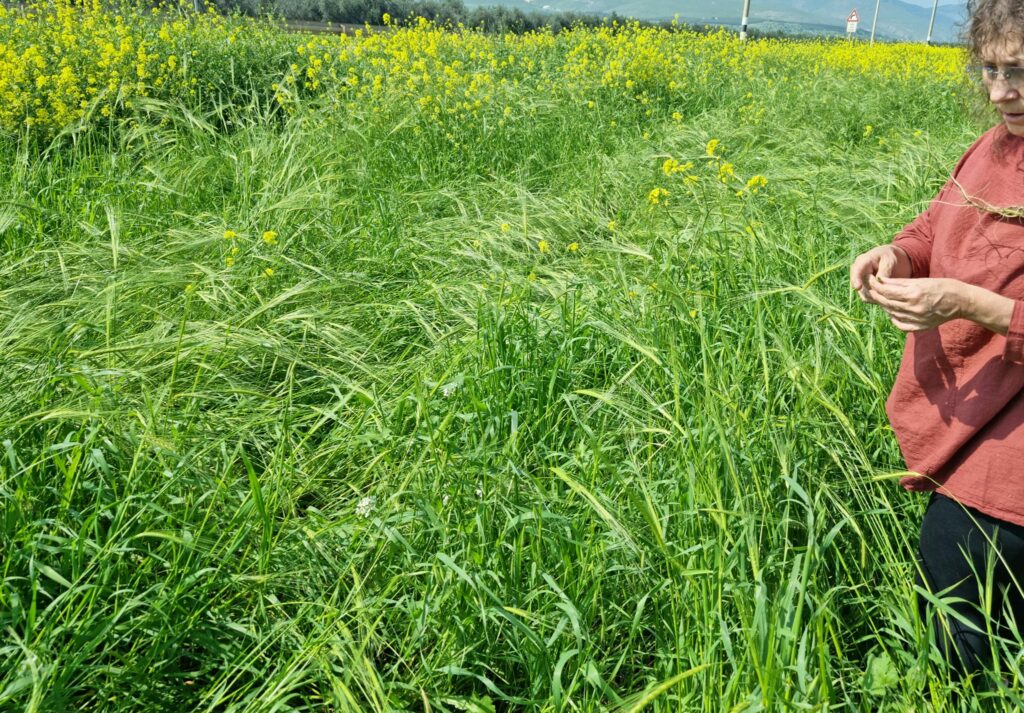 On 2022-02-25, Messianic sister Becca Biderman reports that the flax in the land is in bloom. 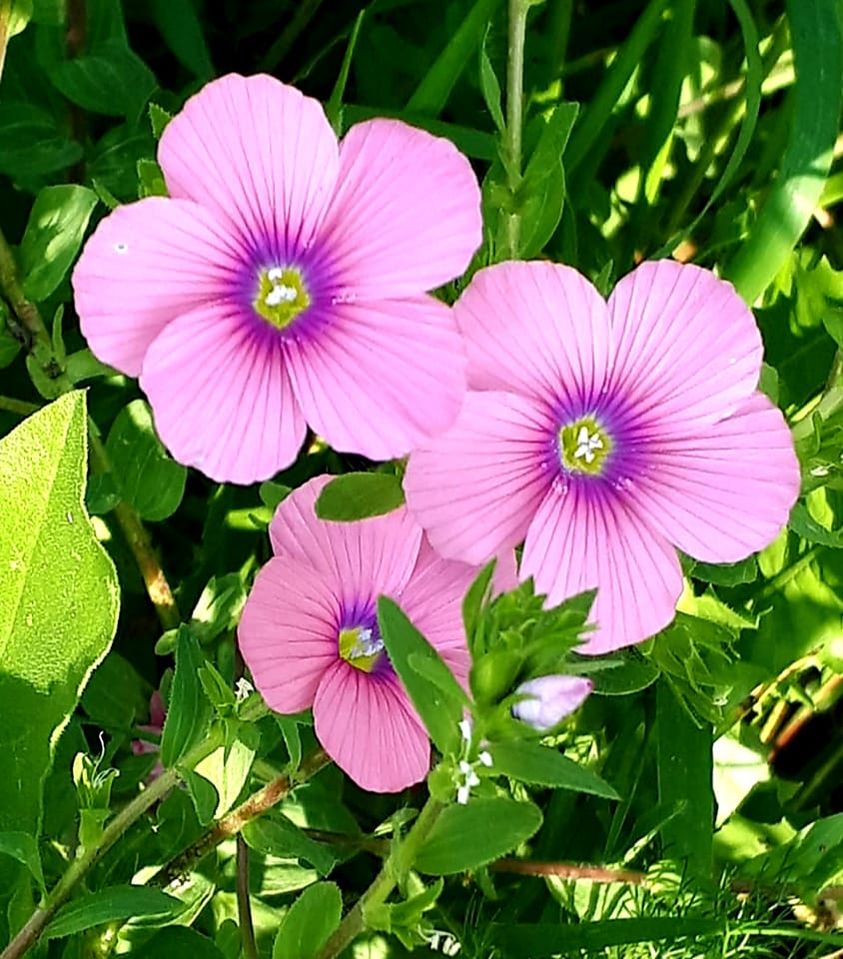 This is very interesting, because the barley in Egypt was aviv at the same time the flax was only in bud.

Shemote (Exodus) 9:31
31  Now the flax and the barley were struck, for the barley was in the head and the flax was in bud.
The bloom stage is more advanced than the bud stage. Therefore, it seems very likely that the aviv barley is either already aviv, or very close.

On 17 February, Messianic sister Becca Biderman posted images of barley out of the boot and with awns, and also early-forming grains. It seems that after last year, she is scared to specify the locations, because she knows that the other barley search teams will come in and try to invalidate her reports. She says only that one picture is from near Beit She’an, and the other picture is from near to Tiberias. 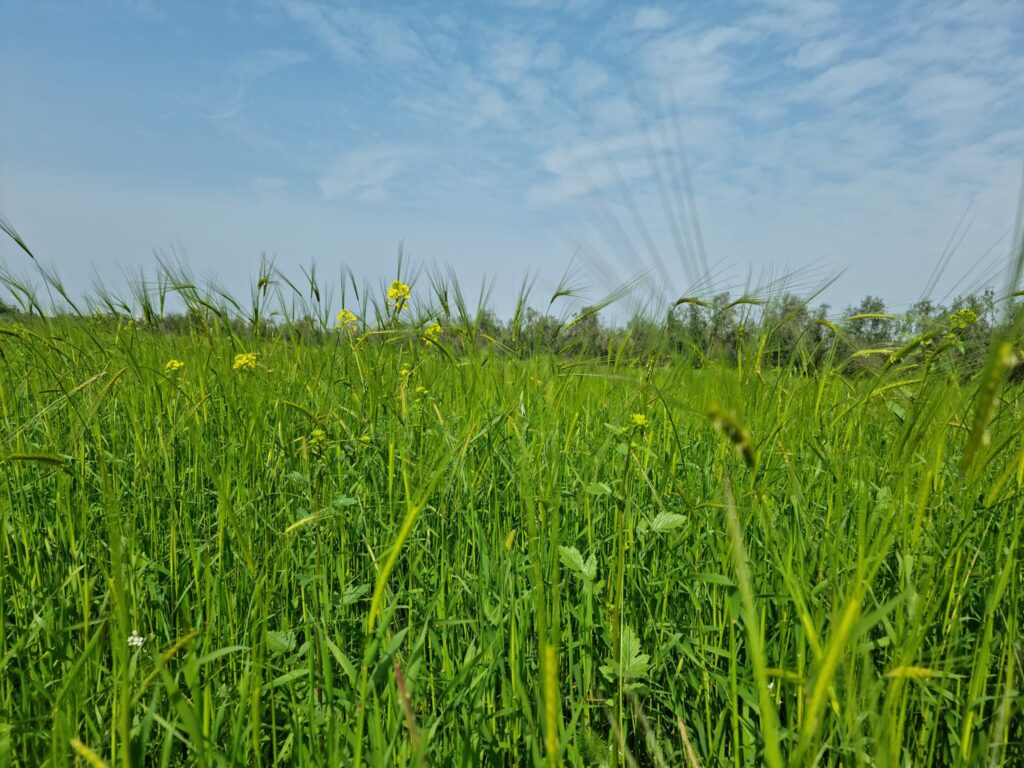 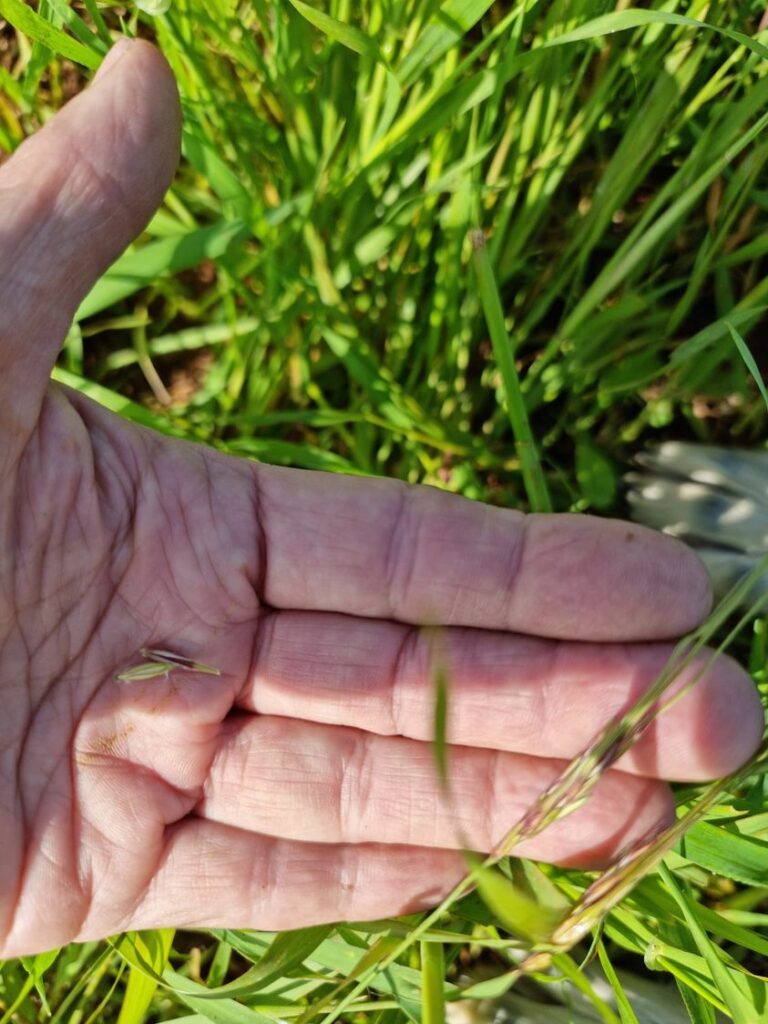 It was definitely the correct decision NOT to declare the Aviv at the last new moon, because had the new moon of 3 February been the new moon of the aviv (it wasn’t), then we would have had to present the Wave Sheaf on the fifth day of next week, the 17th of February. However, based on Messianic sister Becca Biderman’s reports, the barley will almost assuredly NOT be Aviv in time (so it was the right decision to declare a 13th month).

On 10 February 2022 (Yesterday), Messianic sister Becca Biderman reported that the land is getting warmer, and that it looks like there will be plenty of barley heads out of the stalk (out of the boot) before the end of next week. However, the barley will NOT have reached the Aviv stage by the 17th of February.

“As I had posted before, it’s so good to be out of the 50 year plus drought. From Friday to Wednesday we are having a warming trend that will really bring the barley heads out of the plants in the coming days. I expect by next Thursday barley heads will be seen everywhere. We definitely needed another month to mature the barley plants.” 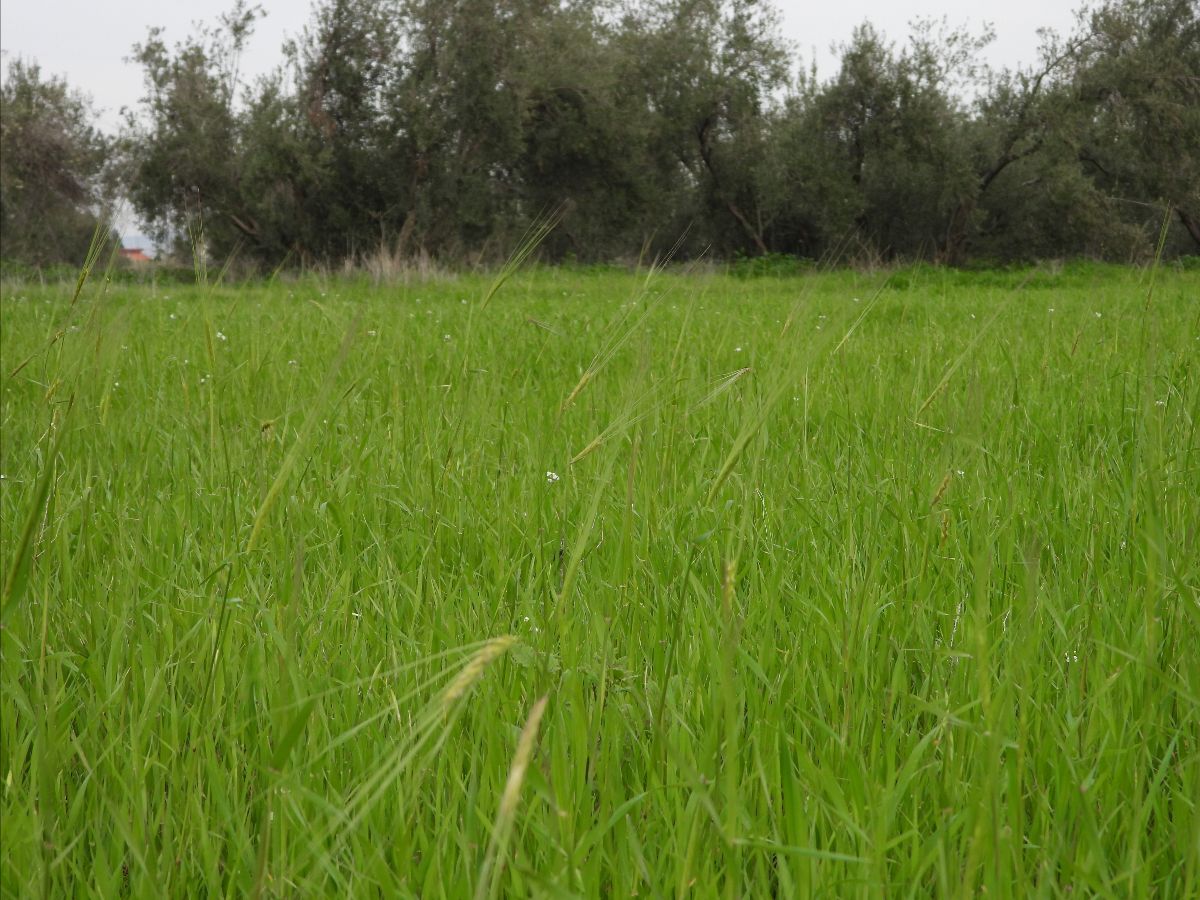 Messianic sister Becca Biderman reported that as of two days ago, 31 January 2022, all the barley she had seen in the land of Israel was still in the boot (meaning the grain head is still hidden inside the stalk, and has not yet flowered). Awns (hairs) were just then barely starting to protrude out of some of the heads. Barley ripens very quickly in its final stages, but In a normal year, that is perhaps still AT LEAST 2-3 weeks away from the first full sheaf of barley being aviv (and maybe longer).Then on 02 February 2022, Messianic sister Becca Biderman reported that the first few grain heads had exited the stalks.  “Almost as a bonus, it reached 67 degrees and the barley has begun to exit the plant!” However, it still seems early. We still cannot be sure that there will be a full sheaf of aviv (medium dough) barley to offer the Yahweh 15-21 days from now–and therefore we CANNOT declare this moon as the new moon of the aviv.Therefore this is the 13th Hebrew month. It is NOT Rosh HaShanah.