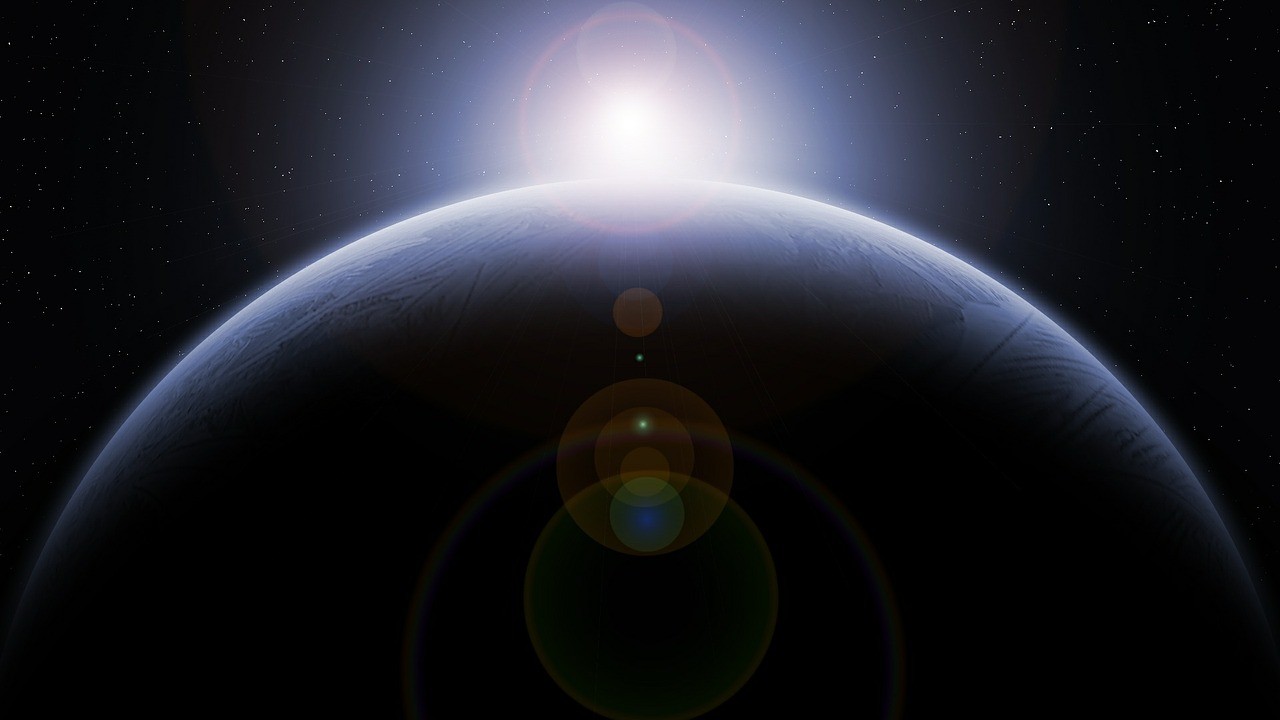 The King James Version (KJV) tells us the earth was created in “the” beginning.

B’reisheet (Genesis) 1:1 (KJV)
1 In the beginning God created the Heaven and the earth.

In Hebrew, the first word is b’reisheet (בְּרֵאשִׁית). The letter Bet (ב) means “in.” Strong’s Hebrew Concordance tells us that the rest of the word, reisheet, refers to what comes first.

Looking up the reference to OT:7218 we see it refers to a head (similar to a headwaters).

OT:7218 ro’sh (roshe); from an unused root apparently meaning to shake; the head (as most easily shaken), whether literal or figurative (in many applications, of place, time, rank, etc.):

Many rivers flow from a headwaters. The implication is that the record in Scripture begins at a certain point mentioned in Genesis 1:1. The only questions are, was this “the” beginning? Or “a” beginning? And what kind?

In Hebrew, the letter Hay (ה) indicates the definite article (“the”). That means that in order to say “In the beginning,” Genesis 1:1 would read b’ha-reisheet (בהראשית). However, since there is no letter Hay in the word, it simply reads b’reisheet (In a beginning).

The reason this matters is that the Hebrew Scriptures were removed from American and other nations’ public schools, because the King James rendering conflicts with Evolution theory. However, since the rendering “In a beginning” does not conflict with Evolution theory, there is no reason to remove Scripture from the schools. (A more logical ruling would be to order Bible publishers to correct their translations.)

To make Evolution Theory work with Scripture we have to see the days referred to in the Creation Week as something more akin to ages or epochs, with a period of (spiritual) darkness, followed by a period of (spiritual) light. If one is willing to accept this, there can be millions or even billions of years covered in the opening days of the creation week.

B’reisheet (Genesis) 1:4-5
4 And Elohim saw the light, that it was good; and Elohim divided the light from the darkness.
5 Elohim called the light Day, and the darkness He called Night. So the evening and the morning were the first day.

According to these theories, Elohim began to form man from the dust of the ground by evolutionary processes, as led by His Spirit. While we do not agree with this position, we should emphasize that it cannot be disproven from the Hebrew.

B’reisheet (Genesis) 1:26-27
26 Then Elohim said, “Let Us make man in Our image, according to Our likeness; let them have dominion over the fish of the sea, over the birds of the air, and over the cattle, over all the earth and over every creeping thing that creeps on the earth.”
27 So Elohim created man in His own image; in the image of Elohim He created him; male and female He created them.

So if these alternate theories are true, then the opening chapters of Genesis record how Elohim began to work and communicate with those who had become spiritually alive.

B’reisheet (Genesis) 3:20
20 And Adam called his wife’s name Havvah, because she was the mother of all living.