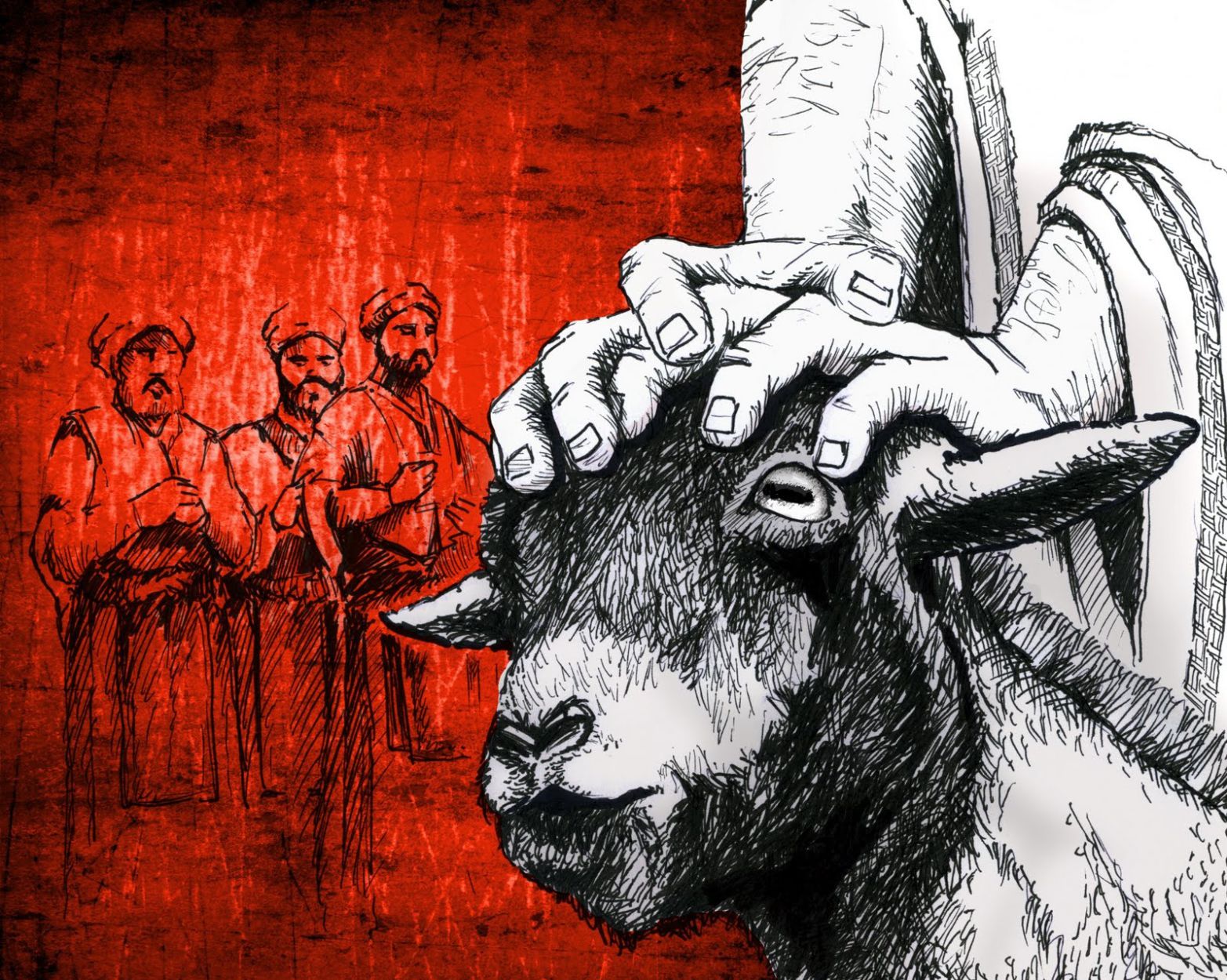 The tenth day of the seventh month is called by several names, but it is usually called Yom Kippur, or the Day of Atonement. However, the Torah actually calls it Yom HaKippurim (יוֹם הַכִּפּוּרִים), or ‘The Day of the Atonements (plural).’

The Day of the Atonements is the most set-apart day of our year. Yahweh tells us not to do any work at all on this day, for Yahweh promises to cut off anyone who does not make this a day of complete rest.

Yom HaKippurim is called ‘the Fast’ at Acts 27:9, because it is traditionally observed by abstaining from both food and water for twenty-four hours.

Ma’asei (Acts) 27:9-10
9 Now when much time had been spent, and sailing was now dangerous because the Fast was already over, Shaul advised them,
10 saying, “Men, I perceive that this voyage will end with disaster and much loss, not only of the cargo and ship, but also our lives.”

Vayiqra (Leviticus) 23:32
32 It shall be to you a sabbath of solemn rest, and you shall afflict your souls; on the ninth day of the month at evening, from evening to evening, you shall celebrate your sabbath.”

While fasting can lead to desirable spiritual benefits, let us recognize that it is not always medically appropriate for diabetics, intensive care patients and/or nursing mothers to fast. If one’s medical condition precludes fasting, then other forms of self-affliction, such as wearing sack cloth next to the skin, still fulfill Yahweh’s commandment to afflict our souls.

Numbers 29:7-11 gives a second witness that we are to abstain from all forms of work on this day. It also gives us a list of the sacrifices Yahweh expects the priesthood to offer on Yom HaKippurim, whenever a Temple or Tabernacle stands.

Bemidbar (Numbers) 29:7-11
7 “On the tenth day of this seventh month you shall have a set-apart convocation. You shall afflict your souls; you shall not do any work.
8 You shall present a burnt offering to Yahweh as a sweet aroma: one young bull, one ram, and seven lambs in their first year. Be sure they are without blemish.
9 Their grain offering shall be of fine flour mixed with oil: three-tenths of an ephah for the bull, two-tenths for the one ram,
10 and one-tenth for each of the seven lambs;
11 also one kid of the goats as a sin offering, besides the sin offering for atonement, the regular burnt offering with its grain offering, and their drink offerings.”

Hebrews 9:7 tells us these sacrifices were to atone for sins the people committed in ignorance.

Ivrim (Hebrews) 9:7
7 But into the second part the high priest went alone once a year, not without blood, which he offered for himself and for the people’s sins committed in ignorance….

However, the High Priest also sent a scapegoat forth into the wilderness.

While extremely controversial, since the scapegoat was sent forth to bear “all” the sins of the people, some scholars believe the scapegoat even served to atone for sins that had been committed intentionally, provided the sinner had later repented of his sin (as in the case of King David’s infamous sin with Bathsheba). The Talmud tells us that the people knew when their sins had been forgiven, for the High Priest tied one piece of scarlet wool on the horns of the scapegoat, and then Yahweh would supernaturally cause this piece of scarlet wool to turn white when He had forgiven their sins.

According to the Talmud, a second piece of wool was tied first to the door of the Temple, and then later to a rock, so that those in the Temple would also be able to see when Yahweh had forgiven His people.

The Talmud also tells us that forty years before the destruction of the Temple, the scarlet thread stopped turning white. It now remained red, indicating that Yahweh was no longer forgiving His people their sins.

For forty years before the destruction of the Temple the thread of scarlet never turned white but it remained red.
[Babylonian Talmud, Rosh Hashanah 31b, Soncino Press]

Tractate Yoma 39b gives us a second witness that for the last forty years before the destruction of the Temple, the “crimson-coloured strap” no longer turned white.

Our Rabbis taught: During the last forty years before the destruction of the Temple the lot [For the Lord] [sic] did not come up in the right hand; nor did the crimson-coloured strap become white; nor did the westernmost light shine; and the doors of the Hekal would open by themselves, until R. Johanan b. Zakkai rebuked them, saying: Hekal, Hekal, why wilt thou be the alarmer thyself? 5 [Babylonian Talmud Tractate Yoma 39b, Soncino Press]

If the Temple was destroyed in 70 CE, forty years prior to that date puts the cessation of this miracle circa 30 CE, which is when many scholars believe Yeshua died for our sins, and was raised again the third day.

The Talmud contains many different sorts of entries, some of which seem factual, and many of which seem controversial. However, if this particular miracle as recorded in Talmud is to be believed, it seems it could only have been a sign from Yahweh, showing His people that Yeshua really was their Messiah, and that the blood of mere bulls and goats would no longer be enough to cause Him to forgive His people’s sins.

And while Scripture does not specify, there are others who believe that the Day of Atonement is above all a day when we are to make sure we are in right standing before Yahweh our Elohim. It is a day when we are to release others from debts, whether financial, emotional, or spiritual. If our hearts are hard towards anyone for something evil that he has done towards us, it is a day for releasing those old debts, in forgiveness, no matter how fresh the present hurt.

Scripture does not say whether the fast of Isaiah 58 pertains directly to Yom Kippur or not, but many draw parallels to this passage.

Yeshayahu (Isaiah) 58:1-12
1 “Cry aloud, spare not;
Lift up your voice like a trumpet;
Tell My people their transgression,
And the house of Jacob their sins.
2 Yet they seek Me daily,
And delight to know My ways,
As a nation that did righteousness,
And did not forsake the ordinance of their Elohim. They ask of Me the ordinances of justice;
They take delight in approaching Elohim.
3 ‘Why have we fasted,’ they say, ‘and You have not seen? Why have we afflicted our souls, and You take no notice?’
“In fact, in the day of your fast you find pleasure, And exploit all your laborers.
4 Indeed you fast for strife and debate,
And to strike with the fist of wickedness. You will not fast as you do this day,
To make your voice heard on high.
5 Is it a fast that I have chosen,
A day for a man to afflict his soul?
Is it to bow down his head like a bulrush,
And to spread out sackcloth and ashes?
Would you call this a fast,
And an acceptable day to Yahweh?
6 “Is this not the fast that I have chosen:
To loose the bonds of wickedness,
To undo the heavy burdens,
To let the oppressed go free,
And that you break every yoke?
7 Is it not to share your bread with the hungry,
And that you bring to your house the poor who are cast out;
When you see the naked, that you cover him,
And not hide yourself from your own flesh?
8 Then your light shall break forth like the morning,
Your healing shall spring forth speedily,
And your righteousness shall go before you;
The glory of Yahweh shall be your rear guard.
9 Then you shall call, and Yahweh will answer;
You shall cry, and He will say, ‘Here I am.’
“If you take away the yoke from your midst,
The pointing of the finger, and speaking wickedness,
10 If you extend your soul to the hungry
And satisfy the afflicted soul,
Then your light shall dawn in the darkness,
And your darkness shall be as the noonday.
11 Yahweh will guide you continually,
And satisfy your soul in drought,
And strengthen your bones;
You shall be like a watered garden,
And like a spring of water, whose waters do not fail.
12 Those from among you
Shall build the old waste places;
You shall raise up the foundations of many generations;
And you shall be called the Repairer of the Breach,
The Restorer of Streets to Dwell In.”

Clearly, it is important to search ourselves every day, to see where we can improve before Yahweh. However, if there is any one calendar day that it is “most important” to humble ourselves before Yahweh, and see where and how we can do more righteousness, Yom Kippur would be that calendar day.