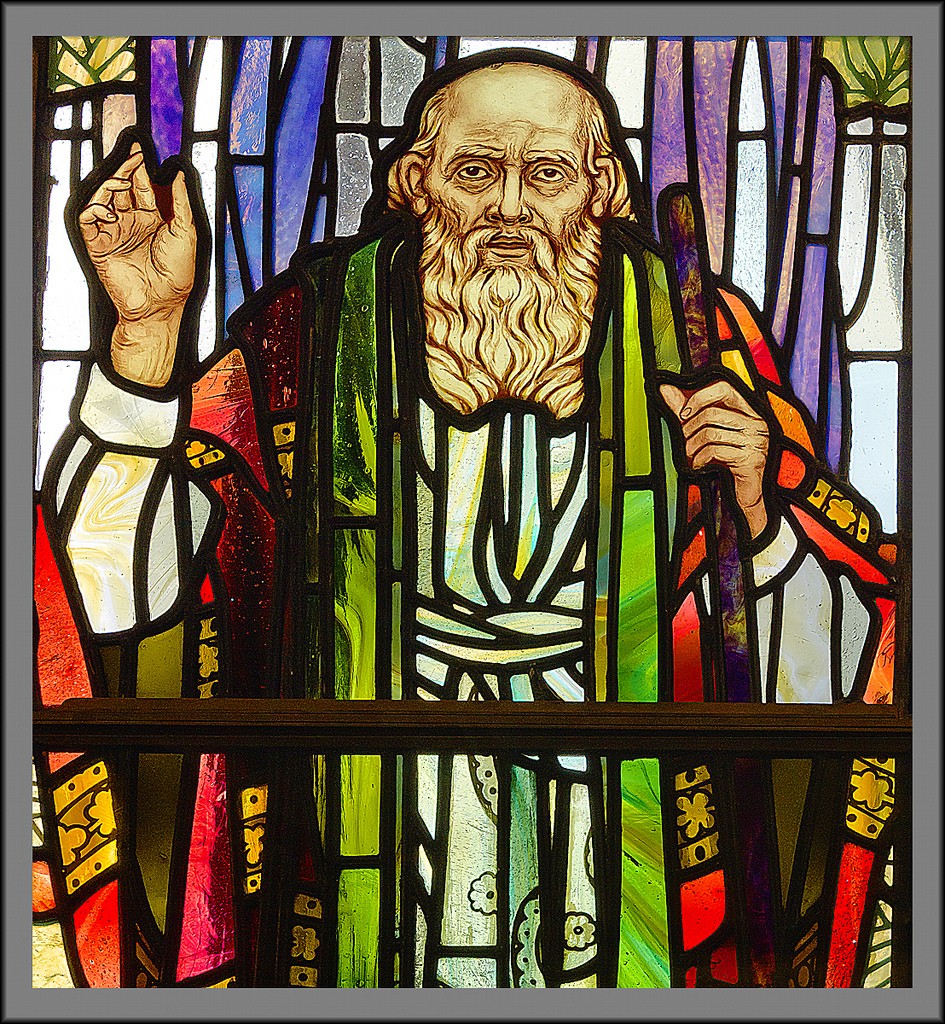 In this article we will see how the prophet Shemuel (Samuel) was a Levite priest from the hill country of Ephraim, and that he had a very special anointing which makes him the forerunner Yeshua’s Melchizedekian priesthood. We will also see that he was the forerunner of the coming combined Levitical-Melchizedekian order spoken of in Isaiah 66.

The coming seventh priesthood will be a combined Melchizedekian-Levitical priesthood. It will be comprised of those of the rabbinical (i.e., Levitical) order who survive the tribulation and Armageddon, plus those of the order of Melchizedek (i.e., Nazarene Israel) who are regathered from the nations after Armageddon.

Yeshayahu (Isaiah) 66:20-21
20 Then they shall bring all your brethren for an offering to Yahweh out of all nations, on horses and in chariots and in litters, on mules and on camels, to My set-apart mountain Jerusalem,” says Yahweh, “as the children of Israel bring an offering in a clean vessel into the house of Yahweh.
21 And I will also take some of them for priests and Levites,” says Yahweh.

The Torah is considered prophetic in that it establishes patterns that repeat themselves throughout history. One of these prophetic patterns is that Yahweh first crushes rebellion, and then blesses those who have repented (including their descendants).

After the Firstborn priesthood participated in the sin of the golden calf, Yahweh chose the Levites instead. This is because the Levites opposed even their own family members, thus showing that they valued Yahweh even over their own flesh and blood.

Shemote (Exodus) 32:29
29 Then Moshe said, “Consecrate yourselves today to Yahweh, that He may bestow on you a blessing this day, for every man has opposed his son and his brother.”

Yet ironically, after the Levitical order was installed, a Levite by the name of Korach urged two hundred and fifty leaders of the congregation to rise up and rebel against Moshe (Moses) and Aharon (Aaron), and against the anointing Yahweh had given them.

Bemidbar (Numbers) 16:1-3
1 Now Korach the son of Izhar, the son of Kohath, the son of Levi, with Dathan and Abiram the sons of Eliab, and On the son of Peleth, sons of Reuben, took men;
2 and they rose up before Moshe with some of the children of Israel, two hundred and fifty leaders of the congregation, representatives of the congregation, men of renown.
3 They gathered together against Moshe and Aharon, and said to them, “You take too much upon yourselves, for all the congregation is set-apart, every one of them, and Yahweh is among them. Why then do you exalt yourselves above the assembly of Yahweh?”

Yahweh was enraged by this and wanted to consume the whole assembly. However, when Moshe and Aharon interceded, Yahweh said He would destroy only the rebellion’s three main leaders, Korach, Dathan, and Aviram.

Bemidbar (Numbers) 16:20-24
20 And Yahweh spoke to Moshe and Aharon, saying,
21 “Separate yourselves from among this congregation, that I may consume them in a moment.”
22 Then they fell on their faces, and said, “O Elohim, the Elohim of the spirits of all flesh, shall one man sin, and You be angry with all the congregation?”
23 So Yahweh spoke to Moshe, saying,
24 “Speak to the congregation, saying, ‘Get away from the tents of Korach, Dathan, and Abiram.'”

The people then got away from the tents of Korach, Dathan, and Aviram, such that all that was left in the tents were their wives, their sons, and their little children.

Bemidbar (Numbers) 16:27
27 So they got away from around the tents of Korach, Dathan, and Abiram; and Dathan and Abiram came out and stood at the door of their tents, with their wives, their sons, and their little children.

Shemote (Exodus) 6:24
24 And the sons of Korach were Assir, Elkanah, and Abiasaph. These are the families of the Korahites.

1 Chronicles 6:22 confirms Korach’s surviving sons were named Assir, Elkanah, and Abiasaph, except Abiasaph is spelled Ebiasaph (verse 23). The genealogy is slightly condensed, but Shemuel the Prophet is in verse 28, and his father Elkanah in verse 27. But what we need to see here is that Samuel’s lineage is entirely Levitical.

Korach’s children must have repented for their father’s rebellion, because ultimately, they were greatly blessed. King David appointed some of Korach’s children to sing in the house of Yahweh, and they wrote Psalms 42-49, 84, 85, 87, and 88. This shows us that even if we come from a so-called “bad family”, that repentance and the operation of the Spirit can overcome whatever “bad genetics” we might think we have.

Shemuel Aleph (1 Samuel) 1:1
1 Now there was a certain man of Ramathaim Zophim, of the mountains of Ephraim, and his name was Elkanah the son of Jeroham, the son of Elihu, the son of Tohu, the son of Zuph, an Ephraimite.

So, now let us ask, if Shemuel descended from Korach the Levite, why does Scripture call Shemuel’s father an Ephraimite? The obvious pshat (face level) answer is that Elkanah was a Levite who lived in the hill country of Ephraim. Yet at a deeper level it also serves as a hint (a remez, רמז) that Shemuel was a type of the coming Messiah, whose mission was to regather the lost sheep of the house of Ephraim, also called the house of Israel.

Mattityahu (Matthew) 15:24
24 But He answered and said, “I was not sent except to [regather] the lost sheep of the house of Israel [aka the house of Ephraim].”

It also stands to reason that while Samuel was a Levite, he must have also received a Melchizedekian anointing, because he was the one who anointed King David, and as we will see in just a moment, King David’s anointing was Melchizedekian.

Shemuel Aleph (1 Samuel) 16:13
13 Then Samuel took the horn of oil and anointed him in the midst of his brothers; and the Spirit of Yahweh came upon David from that day forward. So Samuel arose and went to Ramah.

The name Melchi-Tzedek means “kings and righteous”, and in addition to being king, we will see that David was also a priest in the short-lived Tabernacle of David. And he could still wear a linen ephod, even though he was not a Levite.

Shemuel Bet (2 Samuel) 6:13-14
13 And so it was, when those bearing the ark of Yahweh had gone six paces, that he sacrificed oxen and fatted sheep.
14 Then David danced before Yahweh with all his might; and David was wearing a linen ephod.

This Melchizedekian anointing ultimately came to rest on King David’s descendant Yeshua, who is our High Priest forever, according to the order of Melchizedek.

Tehillim (Psalms) 110:4
4 Yahweh has sworn And will not relent, “You are a priest forever According to the order of Melchizedek.”

This is also why we are called to be a royal priesthood.

Kepha Aleph (1 Peter) 2:9
9 But you are a chosen generation, a royal priesthood, a set-apart nation, His own special people, that you may proclaim the praises of Him who called you out of darkness into His marvelous light….

Yet there are still more connections.

Shemuel’s mother Hannah was barren, but she vowed that if Yahweh would give her a son, she would give him fully to Yahweh, and make him a Nazirite from birth, such that no razor would ever pass over his head (reference Numbers 6:5).

Shemuel Aleph (1 Samuel) 1:11
11 Then she made a vow and said, “O Yahweh of hosts, if You will indeed look on the affliction of Your maidservant and remember me, and not forget Your maidservant, but will give Your maidservant a male child, then I will give him to Yahweh all the days of his life, and no razor shall come upon his head.”

This gives us another remez (רמז) or a hint that Shemuel was a type of the coming Messiah. In Hebrew, the word for Nazirite is nazir (נזיר), and the word for Nazareth is Natseret (נָצְרַת). While these words are unrelated, and have different roots, they often go together. And indeed, Yahweh often uses puns (or plays on similar-sounding words) in prophetic ways.

In “Yeshua the Celibate Nazirite” in Nazarene Scripture Studies Volume 2, we show that Yeshua was a nazirite from Nazareth. And as we explain in Nazarene Israel, Yeshua’s call was to bring back the lost and scattered sheep of the house of Israel, also known as the house of Ephraim. In this, Yeshua was like Shemuel’s ancestor Elkanah, the “father of gathering (the Ephraimites).”

Mattityahu (Matthew) 15:24
24 But He answered and said, “I was not sent except to [regather] the lost sheep of the house of Israel [also called the house of Ephraim].”

And there are still more parallels between Shemuel and Yeshua. For example, Shemuel was used to replace the sons of the Levitical high priest Eli, because they were corrupt, and did not know Yahweh.

Yahweh used Shemuel to deliver the message that He would kill Eli’s two sons as a sign that He would raise up a faithful priest, who would have a sure house, who would walk before His anointed forever.

Shemuel Aleph (1 Samuel) 2:34-35
34 “Now this shall be a sign to you that will come upon your two sons, on Hophni and Phinehas: in one day they shall die, both of them.
35 Then I will raise up for Myself a faithful priest who shall do according to what is in My heart and in My mind. I will build him a sure house, and he shall walk before My anointed forever.”

Many commentators tell us that the faithful priest spoken of here was Zadok, whom Solomon made high priest in the place of Eli’s descendant Abiathar (1 Kings 2:35). Yet it also hints at how Yeshua would one day be used to raise up a renewed order of Melchizedek to replace the corrupted order of rabbis, because they do not know Yahweh, and profane His commandments.

And there are still more parallels, but these we will see in the next part of this series, where we talk about King David, and why he was chosen, and his tie-in with the house of Ephraim.