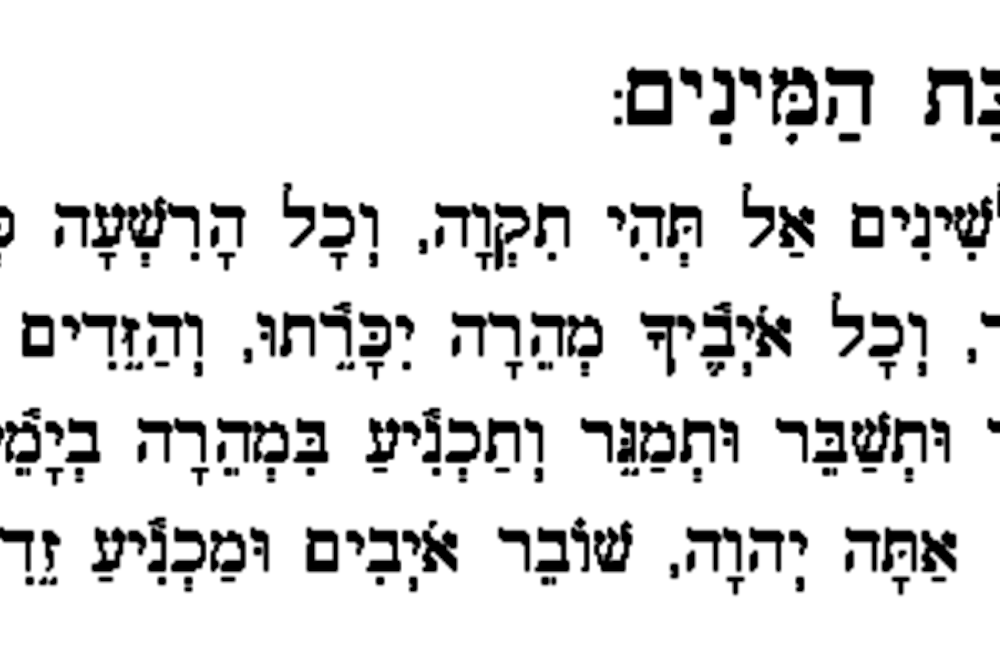 We don’t know the exact year of Yeshua’s birth, but many historians believe that Yeshua was born around +/- 4 BCE. However, we do know that His ministry began some 30 years later.

Luqa (Luke) 3:23
23 Now Yeshua Himself began His ministry at about thirty years of age, being (as was supposed) the son of Joseph, the son of Heli…

Luqa (Luke) 4:15-16
15 And He taught in their synagogues, being glorified by all.
16 So He came to Nazareth, where He had been brought up. And as His custom was, He went into the synagogue on the Sabbath day, and stood up to read.

The reason Yeshua quit going to the synagogues was that the Council (Sanhedrin) decided that He was to die.

Yochanan (John) 11:49-54
49 And one of them, Caiaphas, being high priest that year, said to them, “You know nothing at all,
50 nor do you consider that it is expedient for us that one man should die for the people, and not that the whole nation should perish.”
51 Now this he did not say on his own authority; but being high priest that year he prophesied that Yeshua would die for the nation,
52 and not for that nation only, but also that He would gather together in one the children of Elohim who were scattered abroad.
53 Then, from that day on, they plotted to put Him to death.
54 Therefore Yeshua no longer walked openly among the Jews, but went from there into the country near the wilderness, to a city called Ephraim, and there remained with His disciples.

The Sanhedrin’s goal was to strike the Shepherd, so that the sheep would scatter.

However, the sheep did not scatter until the persecution that arose in the days of Shaul (Paul). Even then, while the believers scattered, the apostles (under-shepherds) stayed in Jerusalem.

Ma’asei (Acts) 8:1
8 Now Shaul was consenting to his death. At that time a great persecution arose against the ecclesia which was at Jerusalem; and they were all scattered throughout the regions of Judea and Samaria, except the apostles.

The church teaches that after Shaul’s conversion, he only went into the synagogues to make converts, but that his primary focus was on starting separate church assemblies. However, the Renewed Covenant does not support this narrative. Rather, Shaul’s custom was to go into the synagogues and witness Yeshua—but that he stayed in the same synagogues when he was allowed.

Ma’asei (Acts) 17:1-2
1 Now when they had passed through Amphipolis and Apollonia, they came to Thessalonica, where there was a synagogue of the Jews.
2 Then Shaul, as his custom was, went in to them, and for three Sabbaths reasoned with them from the Scriptures…

Ma’asei (Acts) 18:4-8
4 And he reasoned in the synagogue every Sabbath, and persuaded both Jews and Greeks.
5 When Silas and Timothy had come from Macedonia, Paul was compelled by the Spirit, and testified to the Jews that Yeshua is the Messiah.
6 But when they opposed him and blasphemed, he shook his garments and said to them, “Your blood be upon your own heads; I am clean. From now on I will go to the Gentiles.”
7 And he departed from there and entered the house of a certain man named Justus, one who worshiped Elohim, whose house was next door to the synagogue.
8 Then Crispus, the ruler of the synagogue, believed on Yahweh with all his household. And many of the Corinthians, hearing, believed and were immersed.

After these things, Shaul separated his Nazirite vow, which calls for shaving the head (Numbers 6:18).

Ma’asei (Acts) 18:18
18 So Shaul still remained a good while. Then he took leave of the brethren and sailed for Syria, and Priscilla and Aquila were with him. He had his hair cut off at Cenchrea, for he had taken a vow.

As we show in Nazarene Israel, when Shaul arrived in Jerusalem he met with the Apostle Yaakov (James), who judged the Nazarene sect after Yeshua’s death. Because there was confusion about Shaul’s teachings, Yaakov told Shaul to pay for the animals needed to separate the Nazirite vows of four other men, in addition to his own. This would be a total of fifteen animals, and five of the sacrifices would be for sin (Numbers 6:14). Because of this, all would know that Shaul also walked orderly, and kept the Torah.

Ma’asei (Acts) 21:20-24
20 And when they heard it, they glorified Yahweh. And they said to him, “You see, brother, how many myriads of Jews there are who have believed, and they are all zealous for the Torah [law of Moses];
21 but they have been informed about you that you teach all the Jews who are among the Gentiles to forsake [the Torah of] Moses, saying that they ought not to circumcise their children nor to walk according to the customs.
22 What then? The assembly must certainly meet, for they will hear that you have come.
23 Therefore do what we tell you: We have four men who have taken a [Nazirite] vow.
24 Take them and be purified with them, and pay their expenses so that they may shave their heads, and that all may know that those things of which they were informed concerning you are nothing, but that you yourself also walk orderly and keep the Torah.”

The Birkhat HaMinim: The Curse on the Sects

Although the persecution in the first century was intense, when there was not persecution the Nazarenes could go into the synagogues, and could even offer sacrifices in the temple. How then did the situation get to be as it is today, where the Nazarene sect is banned?

In addition to the sect of the Nazarenes proper there were also three other sects that believed on Yeshua. In Acts 15 we meet the rabbinic sect of the Pharisees who believed on Yeshua. These are rabbinic Jews who also believe on Yeshua (whether secretly or in the open). In Acts 15 they advocate circumcision after the custom of Moshe, which refers to rabbinic custom and tradition. Here they are asserting that rabbinic tradition must be kept or one is not saved.

Ma’asei (Acts) 15:1
1 And certain men came down from Judea and taught the brethren, “Unless you are circumcised according to the custom of Moses, you cannot be saved.”

There are also the Hellenists of Mark 9:38-40, who did all manner of wonderful works in Yeshua’s name, and who yet did not obey Yeshua’s minhag (sect rules).

Mark 9:38-40
38 Now Yochanan (John) answered Him, saying, “Teacher, we saw someone who does not follow us casting out demons in Your name, and we forbade him because he does not follow us.”
39 But Yeshua said, “Do not forbid him, for no one who works a miracle in My name can soon afterward speak evil of Me.”
40 For he who is not against us is on our side.

These Hellenists will later be known as the Kristiyanos, and they are the forerunners of the Christians of today. And in addition, there are also the Gnostics of 1 Timothy 6:20.

TimaTheus Aleph (1 Timothy) 6:20-21
20 O Timothy! Guard what was committed to your trust, avoiding the profane and idle babblings and contradictions of what is falsely called knowledge [Gnosis] —
21 by professing it some have strayed concerning the faith. Grace be with you. Amein.

To remove all these groups from the synagogues the rabbis composed a curse that was later brought into the synagogue service as article 12 of the Amidah (Standing Prayers). Anyone who wants to partake of the Torah service must first say the Amidah. Today the language has been modified to curse slanderers (malshinim), but it is well understood that this is a euphemism for those who believe on Yeshua.

Orthodox Amidah (Standing Prayer) Blessing 12
12 And for slanderers [l’malshinim] let there be no hope, and may all the evil in an instant be destroyed and all Thy enemies be cut down swiftly; and the evil ones uproot and break and destroy and humble soon in our days. Blessed are Thou, Adonai, who breaks down enemies and humbles sinners.

The Babylonian Talmud at Berachot 28b-29a states that in its original form, the Birkhat HaMinim did not refer to l’malshinim (slanderers) but l’minim (for the sects, but especially the Nazarenes). (The numbers are footnotes.)

Tractate 28b: These eighteen [benedictions] are really nineteen? R. Levi said: The benediction relating to the Minim [sects] 18 was instituted in Jabneh.19 To what was it meant to correspond? R. Levi said: On the view of R. Hillel the son of R. Samuel b. Nahmani, 20 to The God of Glory thundereth; 21 on the view of R. Joseph, to the word One 22 in the Shema; on the view of R. Tanhum quoting R. Joshua b. Levi, to the little vertebrae in the spinal column.
Our Rabbis taught: Simeon ha-Pakuli 23 arranged the eighteen benedictions in order before Rabban Gamaliel in Jabneh. Said Rabban Gamaliel to the Sages: 24 Can any one among you frame a benediction relating to the Minim? 25 Samuel the Lesser arose and composed it. The next year 26 he forgot it
Tractate 29a: and he tried for two or three hours to recall it, and they did not remove him. 1 Why did they not remove him seeing that Rab Judah has said in the name of Rab: If a reader made a mistake in any of the other benedictions, they do not remove him, but if in the benediction of the Minim, he is removed, because we suspect him of being a Min?

The Church father Epiphanius tells us that even in the fourth century, the Netzarim differed from the Orthodox Jews in “no essential thing,” except that they believed in Yeshua as the Messiah. They also fulfilled such “Jewish” rites as physical circumcision and the Sabbath, which in context assuredly meant the Torah service.

The Nazarenes do not differ in any essential thing from them [meaning the Orthodox Jews], since they practice the customs and doctrines prescribed by Jewish Law; except that they believe in Christ. They believe in the resurrection of the dead, and that the universe was created by God. They preach that God is One, and that Jesus Christ is his Son….
They are very learned in the Hebrew language. They read the Law…. Therefore they differ…from the true Christians because they fulfill till now [such] Jewish rites as the circumcision, Sabbath, and others.
[Church Father Epiphanius, “Against Heresies”, Panarion 29, 7, Page 41, 402]

Today the Nazarene faith is in a time of restoration. We do not yet have synagogues, or even our own siddur. As Yahweh leads each of us to re-learn Hebrew and the synagogue service, let us take care not to speak curses over ourselves. Let us edit out article 12 of the Amidah.