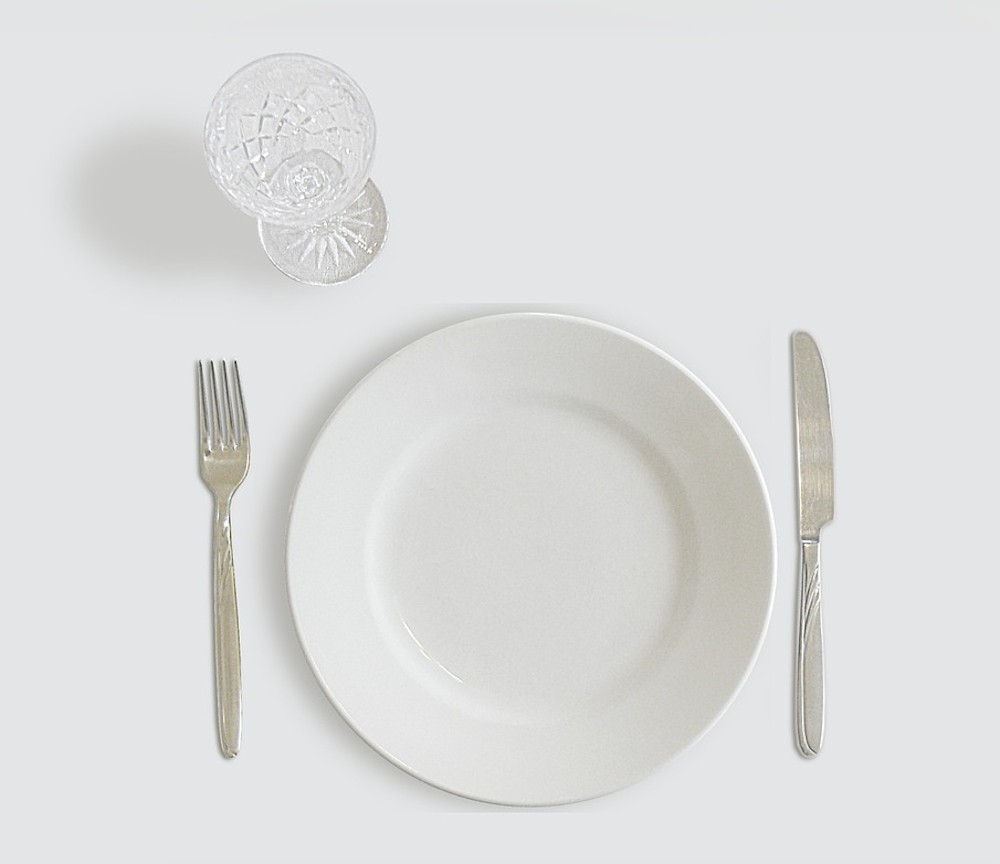 Zechariah 8:18-19 speaks of four man-made traditional fast days which are not commanded in the Torah. Should we keep them?

Many people mistakenly believe this passage means that the House of Judah is to keep these man-made traditional fast days with joy and gladness, but this is not Yahweh’s meaning at all. Rather, Yahweh is telling the Jews not to fast, but to be joyful on those days.

How did these fast days get started? When King Nebuchadnezzar of Babylon took the Jews into exile, he burned the House of Yahweh with fire, and broke down the walls of Jerusalem all around.

Melachim Bet (2 Kings) 25:8-10
8 And in the fifth month, on the seventh day of the month (which was the nineteenth year of King Nebuchadnezzar king of Babylon), Nebuzaradan the captain of the guard, a servant of the king of Babylon, came to Jerusalem.
9 He burned the house of Yahweh and the king’s house; all the houses of Jerusalem, that is, all the houses of the great, he burned with fire.
10 And all the army of the Chaldeans who were with the captain of the guard broke down the walls of Jerusalem all around.

Vayiqra (Leviticus) 23:27-28
27 “Also the tenth day of this seventh month shall be the Day of Atonement. It shall be a set-apart gathering convocation for you; you shall afflict your souls, and offer an offering made by fire to Yahweh.
28 And you shall do no work on that same day, for it is the Day of Atonement, to make atonement for you before Yahweh your Elohim.”

They Orthodox/Pharisees have their reasons for these things, but it is not our purpose to get into them here. Rather, simply let us note that Yahweh commands us to be careful not to add to the feasts that He commands us to keep, in His Torah.

Let us take a brief review of history, so we can better understand the context of Zechariah 8:18-19.

Yahweh told Jeremiah that He would allow the Jews to return to His land after the seventy years of their Exile had been completed.

Yirmeyahu (Jeremiah) 29:10
10 “For thus says Yahweh: ‘After seventy years are completed at Babylon, I will visit you and perform My good word toward you, and cause you to return to this place.’”

Daniel counted the years, and then prayed that Yahweh would remember His people, and have compassion upon them.

Daniel 9:1-3
1 In the first year of Darius the son of Ahasuerus, of the lineage of the Medes, who was made king over the realm of the Chaldeans —
2 in the first year of his reign I, Daniel, understood by the books the number of the years specified by the word of Yahweh through Jeremiah the Prophet, that He would accomplish seventy years in the desolations of Jerusalem.
3 Then I set my face toward Yahweh Elohim to make request by prayer and supplications, with fasting, sackcloth, and ashes.

One man sows, and another man reaps. Yahweh then sent word through the Prophet Zechariah, that Judah was to begin returning to His land.

Zecharyah (Zechariah) 1:14-16
14 So the messenger (angel) who spoke with me said to me, “Proclaim, saying, ‘Thus says Yahweh of hosts: “I am zealous for Jerusalem and for Zion with great zeal.
15 I am exceedingly angry with the nations at ease; for I was a little angry, and they helped — but with evil intent.”
16 ‘Therefore thus says Yahweh: “I am returning to Jerusalem with mercy. My house shall be built in it,” says Yahweh of hosts, “and a surveyor’s line shall be stretched out over Jerusalem.”‘

We cover more of the history in the chapter on the Book of Esther, but in the days of Ezra and Nehemiah, the Jews did begin to return to the land, and they also began to build the Second Temple.

Ezra 3:8
8 Now in the second month of the second year of their coming to the house of Elohim at Jerusalem, Zerubbabel the son of Shealtiel, Yeshua the son of Yehotzadak, and the rest of their brethren the priests and the Levites, and all those who had come out of the captivity to Jerusalem, began work and appointed the Levites from twenty years old and above to oversee the work of the house of Yahweh.

However, now that the Jews were back in the Land and the Temple was being rebuilt, the Jews wanted to know if they should continue to keep the fast days that they had instituted because of the destruction of the temple. Yahweh responded with a series of questions to them, essentially asking them, “When you fasted and mourned these seventy years, did you really fast for Me? (No.) Didn’t you really fast for yourselves? (Yes). Because I never told you to fast on those days! Why didn’t you just keep the Torah that I gave through Moshe (Moses)?”

Zecharyah (Zechariah) 7:1-7
1 Now in the fourth year of King Darius it came to pass that the word of Yahweh came to Zechariah, on the fourth day of the ninth month, Chislev,
2 when the people sent Sherezer, with Regem-Melech and his men, to the house of Elohim, to pray before Yahweh,
3 and to ask the priests who were in the house of Yahweh of hosts, and the prophets, saying, “Should I weep in the fifth month and fast as I have done for so many years?”
4 Then the word of Yahweh of hosts came to me, saying,
5 “Say to all the people of the land, and to the priests: ‘When you fasted and mourned in the fifth and seventh months during those seventy years, did you really fast for Me — for Me?
6 When you eat and when you drink, do you not eat and drink for yourselves?
7 Should you not have obeyed the words which Yahweh proclaimed through the former prophets when Jerusalem and the cities around it were inhabited and prosperous, and the South and the Lowland were inhabited?'”

In other words, “Why did you make up your own days of fasting? Why did you not just keep My word?”

One might ask why it would be a problem if our Jewish brothers want to make up a few fast days of their own, to honor Yahweh above and beyond what Yahweh says He wants us to do. The answer is that Yahweh does not really consider that to be honoring Him. He gives us another witness, not to add to the commandments that He gives us.

Devarim (Deuteronomy) 12:32
32 “Whatever I command you, be careful to observe it; you shall not add to it nor take away from it.”

As we explain in Tree of Knowledge, Tree of Life, (which is part of Nazarene Scripture Studies Volume One) the grand test is to see if we will do what Yahweh asks us to do (which is to keep to the Tree of Life), or if we will ‘do our own thing’ based upon our own thoughts (which is the Tree of the Knowledge of Good and Evil). When we add an additional feast day, or an additional fast to His calendar that is precisely what Yahweh prohibits. King Solomon tells us that those people are liars.

And here is why it is especially grievous: In the opening chapter of this book (“Why the Torah Calendar?”) we recounted an old Jewish saying: that whoever’s calendar you keep, that is whom you worship. If we are careful to keep Yahweh’s calendar, and to do only as He commands, then Yahweh considers that we are worshipping Him. However, if we keep calendars that have been created by men, then we are worshipping men: and this is to worship an object of the Creation, rather than the Creator.

When I was first called into the Messianic Movement, it seemed to me that the quickest way to recreate the Faith Once Delivered to the Saints was to do as Yeshua and His apostles had done: that is, to start with Second Temple Period Judaism, and reject everything that contradicts with the Torah. However, as Yahweh continued to lead and guide me, I began to realize that we cannot always see what conflicts with the Torah; and so I began to realize that a much safer and surer approach is be to begin with the Instructions of Elohim (i.e., Yahweh’s Torah), and then to add nothing to it, and subtract nothing from it. If I cannot verify a tradition or a teaching by the Words of Elohim (i.e., Yahweh’s or Yeshua’s words), then I cannot consider it to be Torah.

Our Orthodox brethren consider that when Yahweh gave the Torah to Moshe, He also gave Moshe the power to modify it, as needed. They further consider that they have inherited this power from Moshe. Therefore they believe that their man-made customs and traditions constitute literal ‘Torah Law’; and this is precisely what they call it.

Zecharyah (Zechariah) 8:23
23 “Thus says Yahweh of hosts: ‘In those days ten men from every language of the nations shall grasp the sleeve of a Jewish man, saying, “Let us go with you, for we have heard that Elohim is with you.”‘”

It is a wonderful thing that Yahweh is calling His servant Ephraim out of the nations, to return back home to his inheritance in the Land, the Language and the Law. However, as much as we love our brother Judah, let us be careful not simply to accept his interpretations of ‘Torah Law’, let we also be found guilty of giving our loyalty not to the Creator, but to the Creation.

May Yahweh please deliver all of His people from all unrighteousness, soon and in our day.