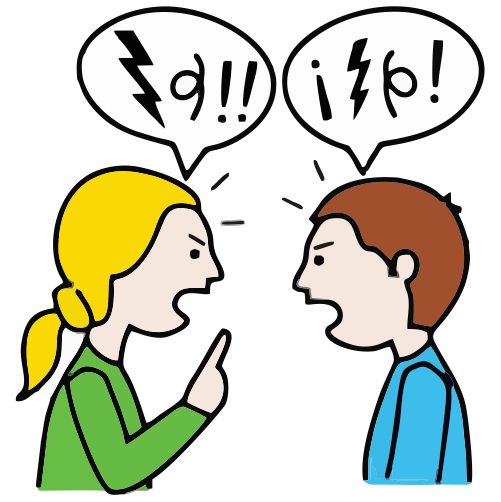 Because human nature is evil, the strong conquer and oppress the weak. Yeshua tells us that it is not to be like that among us. Rather, the strong are to serve the weak, while the weak respect and support their shepherds out of love for Yeshua.

Mattityahu (Matthew) 20:25-28
25 But Yeshua called them to Himself and said, “You know that the rulers of the Gentiles lord it over them, and those who are great exercise authority over them.
26 Yet it shall not be so among you; but whoever desires to become great among you, let him be your servant.
27 And whoever desires to be first among you, let him be your slave —
28 just as the Son of Man did not come to be served, but to serve, and to give His life a ransom for many.”

Because we seek to imitate Yeshua, and walk even as He walked, we are to practice a Melchizedekian form of first century Judaism (which is open to all twelve tribes). There should be no rabbis, and no rabbinical traditions, because the rabbinical order is a corruption of the order of Levi (and we are of the order of Melchizedek). Each synagogue should be led by a board of the elders of that city (as it was before the exile to Babylon), and all the assemblies are to be connected globally by the set-apart priesthood. This relationship establishes a kingdom for Yeshua in all countries. Even though we are presently in the dispersion under Babylonian rule, the kingdom we establish for Yeshua today will be the kingdom that rules and reigns over the nations once the millennium begins, as Daniel 2:44 says.

Daniel 2:44
44 “And in the days of these kings the Elah [Elohim] of heaven will set up a kingdom which shall never be destroyed; and the kingdom shall not be left to other people; it shall break in pieces and consume all these kingdoms, and it shall stand forever.”

Any kingdom needs a code of law, and courts. Our law is the Torah, and even though we apply it by Yeshua’s Spirit, we still need courts. In practical terms, the elders of a city effectively form a municipal court, while the Acts 15 council was an example of a supreme court. We should also note that there are rules and procedures for court cases, which Yeshua explains in Matthew 18. As we begin the chapter, the disciples came to Yeshua to ask Him who is the greatest in the kingdom. Yeshua answers by saying that unless they are converted and become like little children they will not even enter.

When the disciples asked who was greatest, why did Yeshua talk about the entry requirements? Perhaps it is because He wants us to understand the goal.

Before puberty, children are generally more innocent, and humbler. They are generally interested in learning, and they contend less (both with adults, and with each other). This is also how we are to be.

Not only are we to be as innocent as little children (so as not to cause offense), but we are also to help save that which was lost. This means we need to establish a place where the lost and scattered of Israel can get tended, and fed, and then reach out into our communities to draw the lost and scattered in.

Mattityahu (Matthew) 18:10-14
10 “Take heed that you do not despise one of these little ones, for I say to you that in heaven their messengers always see the face of My Father who is in heaven.
11 For the Son of Man has come to save that which was lost.
12 “What do you think? If a man has a hundred sheep, and one of them goes astray, does he not leave the ninety-nine and go to the mountains to seek the one that is straying?
13 And if he should find it, assuredly, I say to you, he rejoices more over that sheep than over the ninety-nine that did not go astray.
14 Even so it is not the will of your Father who is in heaven that one of these little ones should perish.”

Yeshua then says “Moreover,” and describes the legal procedure we are to use in resolving disputes within the body.

Mattityahu (Matthew) 18:15-17
15 “Moreover if your brother sins against you, go and tell him his fault between you and him alone. If he hears you, you have gained your brother.
16 But if he will not hear, take with you one or two more, that ‘by the mouth of two or three witnesses every word may be established.’
17 And if he refuses to hear them, tell it to the assembly. But if he refuses even to hear the assembly, let him be to you like a heathen and a tax collector.

Yeshua is saying, if you know your brother has sinned, go speak humbly to him, in private. If he hears you, then there can be restoration without any need for rumors, or negative talk. The goal is to resolve the situation without anyone’s reputation being tarnished. Yet if your brother does not humble himself, or does not hear you, then take one or two more. Ideally these can be deacons or elders in the assembly, who can explain what Scripture says. The goal is to bring resolution without everyone in the assembly learning of the offense.

If the perpetrator still does not hear Yahweh’s word, then the matter needs to be made public before the people, and the people are to reject the one bringing sin into the camp. If the leadership was not involved in step 2, they need to be involved for step 3, as the elders are the only ones with the authority to put the sinner outside the camp.

We should also note that not every sin calls for putting the sinner outside the camp. As we saw earlier, there are four things new believers must abstain from before they can enter and join in fellowship. These are idolatry (which is spiritual adultery), sexual immorality, strangled meats, and blood. These four things correspond to four classes of death penalty offenses in Torah.

Because the man in Corinth was being sexually immoral with his father’s wife, Shaul said to expel him. This is the Renewed Covenant equivalent of stoning. The sinner is put outside the camp unless and until he repents (and forcing repentance is the goal).

Qorintim Aleph (1 Corinthians) 5:1-5
1 It is actually reported that there is sexual immorality among you, and such sexual immorality as is not even named among the Gentiles — that a man has his father’s wife!
2 And you are puffed up, and have not rather mourned, that he who has done this deed might be taken away from among you.
3 For I indeed, as absent in body but present in spirit, have already judged (as though I were present) him who has so done this deed.
4 In the name of our Adon Yeshua Messiah, when you are gathered together, along with my spirit, with the power of our Adon Yeshua Messiah,
5 deliver such a one to Satan for the destruction of the flesh, that his spirit may be saved in the day of the Adon Yeshua.

However, because we love Yeshua, we don’t want to do the minimums, we want to do the maximums. We don’t want to transgress the Torah in any way, because to transgress the Torah even in one point means that we have missed the mark, and are guilty of all. Yet beyond the four entry requirements, our focus is not on judging others, but on setting our best example while extending mercy to all those who are trying to keep the Torah.

Yaakov (James) 2:10-13
10 For whoever shall keep the whole Torah, and yet stumble in one point, he is guilty of all.
11 For He who said, “Do not commit adultery,” also said, “Do not murder.” Now if you do not commit adultery, but you do murder, you have become a transgressor of the Torah.
12 So speak and so do as those who will be judged by the Torah of liberty.
13 For judgment is without mercy to the one who has shown no mercy. Mercy triumphs over judgment.

The goal, then, is for those who are strong in the faith to set the example for those who are weak, and help them do better. However, if anyone transgresses any of the death penalty offenses in Torah, he is to be put outside the camp until he repents and is converted. Then he is to be welcomed back, and comforted.

Qorintim Bet (2 Corinthians) 2:6-8
6 This punishment which was inflicted by the majority is sufficient for such a man,
7 so that, on the contrary, you ought rather to forgive and comfort him, lest perhaps such a one be swallowed up with too much sorrow.
8 Therefore I urge you to reaffirm your love to him.

We should realize that Matthew 18 only applies to those who have made the decision to come under the cover of the elders of the congregation. That means they are submitted to the leadership. Sometimes Ephraimites try to make Matthew 18 apply to internet situations, and other situations where there is no chain of covering or authority. However, in context, it only applies when all parties are under Melchizedekian cover and authority, and are otherwise in right relationship to the body.