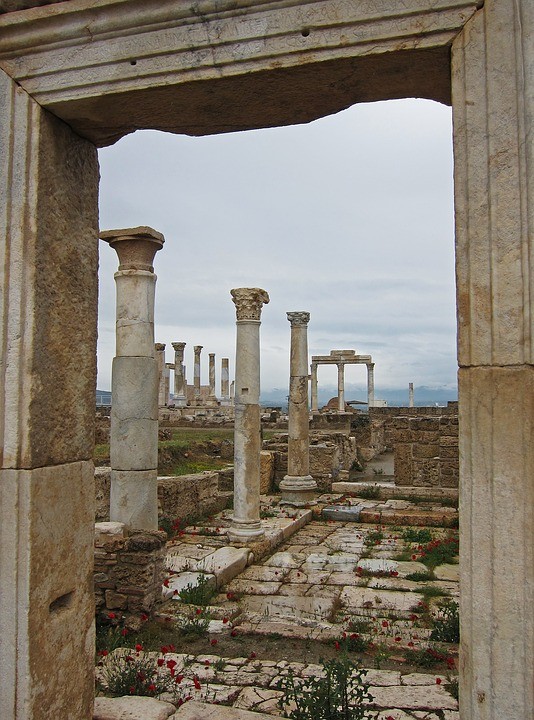 In Torah Government, we explain that originally there was no need for government because all men were literally brothers, and their fathers (the patriarchs) ruled over their families. However, even then there was murder and the fruits of the flesh.

B’reisheet (Genesis) 4:8-9
8 Now Qayin [Cain] talked with Hevel [Abel] his brother; and it came to pass, when they were in the field, that Qayin rose up against Hevel his brother and killed him.
9 Then Yahweh said to Qayin, “Where is Hevel your brother?” He said, “I do not know. Am I my brother’s keeper?”

As Adam and Havvah’s (Eve’s) family continued to be fruitful and multiply, eventually it reached the point where people no longer considered themselves to be part of each other’s family. Eventually, Nimrod arose. He was a “mighty hunter” before Yahweh, in that he hunted and laid in wait for other men, and so built a kingdom for himself (at the expense of others).

Because Nimrod was a selfish king, it might be easy for us to conclude that all kings are bad; and, in fact, many people conclude just that. However, there were many good kings in Scripture, and Yahweh said many kings would come from Israel’s body.

B’reisheet (Genesis) 35:11
11 Also Elohim said to him: “I am Elohim El Shaddai. Be fruitful and multiply; a nation and a company of nations shall proceed from you, and kings shall come from your body.”

Yahweh also told Israel that they would have a king in Deuteronomy 17; but they were not to choose a king for themselves (like all of the other nations around them). Rather, they were to set for themselves the king that Yahweh told them to have.

Shemuel Aleph (1 Samuel) 8:4-22
4 Then all the elders of Israel gathered together and came to Samuel at Ramah,
5 and said to him, “Look, you are old, and your sons do not walk in your ways. Now make us a king to judge us like all the nations.”
6 But the thing displeased Samuel when they said, “Give us a king to judge us.” So Samuel prayed to Yahweh.
7 And Yahweh said to Samuel, “Heed the voice of the people in all that they say to you; for they have not rejected you, but they have rejected Me, that I should not reign over them.
8 According to all the works which they have done since the day that I brought them up out of Egypt, even to this day — with which they have forsaken Me and served other gods — so they are doing to you also.
9 Now therefore, heed their voice. However, you shall solemnly forewarn them, and show them the behavior of the king who will reign over them.”
10 So Samuel told all the words of Yahweh to the people who asked him for a king.
11 And he said, “This will be the behavior of the king who will reign over you: He will take your sons and appoint them for his own chariots and to be his horsemen, and some will run before his chariots.
12 He will appoint captains over his thousands and captains over his fifties, will set some to plow his ground and reap his harvest, and some to make his weapons of war and equipment for his chariots.
13 He will take your daughters to be perfumers, cooks, and bakers.
14 And he will take the best of your fields, your vineyards, and your olive groves, and give them to his servants.
15 He will take a tenth of your grain and your vintage, and give it to his officers and servants.
16 And he will take your male servants, your female servants, your finest young men, and your donkeys, and put them to his work.
17 He will take a tenth of your sheep. And you will be his servants.
18 And you will cry out in that day because of your king whom you have chosen for yourselves, and Yahweh will not hear you in that day.”
19 Nevertheless the people refused to obey the voice of Samuel; and they said, “No, but we will have a king over us,
20 that we also may be like all the nations, and that our king may judge us and go out before us and fight our battles.”
21 And Samuel heard all the words of the people, and he repeated them in the hearing of Yahweh.
22 So Yahweh said to Samuel, “Heed their voice, and make them a king.” And Samuel said to the men of Israel, “Every man go to his city.”

As we show in Torah Government, Yahweh’s ideal for government is a servant-king, who uses his centralized power and authority to serve Israel for good. (In the millennium, the government leader will be called the nasi.) However, Yahweh’s people began rejecting kingship after the Enlightenment in favor of democracy, in which the people share power.

In Hebrew, the name Babylon is Bavel (בבל), and the Hebrew word picture for Bavel speaks of democracy. The Hebrew letter beit (ב) represents a house, while the Hebrew letter lamed (ל) represents authority. This is the perfect picture of all sorts of different bicameral legislatures, such as the United States House and the Senate, the English Lords and Commons, and many other institutions in which authority is divided between more than one “house.”

Since democracy has more than one center of power, and since human nature is to seek power; the men in the different power centers will struggle against each other, eventually pulling the government apart. This is perhaps why Yeshua told us that every kingdom divided against itself will not stand.

It is widely understood that, in a democracy, people vote for their own selfish interest (whether or not it is good for the whole). Selfishness is widely understood to be part of the democratic process, and compromise (rather than purity) is seen as the essence of the deal. However, when does Yahweh ever bless compromise? Doesn’t Yahweh bless those who hold out for purity instead (and punish those who compromise with evil)?

As we explain in Revelation and the End Times, the red horses of Zechariah represent popular movements, such as anarchy, democracy, and other populist movements.

Zecharyah (Zechariah) 6:1-3
1 Then I turned and raised my eyes and looked, and behold, four chariots were coming from between two mountains, and the mountains were mountains of bronze.
2 With the first chariot were red horses, with the second chariot black horses,
3 with the third chariot white horses, and with the fourth chariot dappled horses — strong steeds.

These are the same red horses we find in Revelation, which take peace from the earth.

Hitgalut (Revelation) 6:4
4 Another horse, fiery red, went out. And it was granted to the one who sat on it to take peace from the earth, and that people should kill one another; and there was given to him a great sword.

Nearly every populist movement (e.g., communism, socialism, Marxism, etc.) has red as its symbol. Some suggest this is why the United States has red in its flag, as it is set up on populist democratic principles in which the will of the people is done (rather than the will of Yahweh). Indeed, one of the defining characteristics of democracy is that the people seek to set a king over themselves of their own choosing, rather than seeking out the king that Yahweh would have for them.

Yeshua calls these people “lukewarm.” They are warm enough to care about establishing some form of governance, but they are not hot enough to want to do it the way Yahweh wants. Because they know Yeshua, but are only lukewarm, He says He will vomit them out of his mouth (i.e., reject them).

Hitgalut (Revelation) 3:14-16
14 “And to the angel of the assembly of the Laodiceans write, ‘These things says the Amen, the Faithful and True Witness, the Beginning of the creation of Elohim:
15 “I know your works, that you are neither cold nor hot. I could wish you were cold or hot.
16 So then, because you are lukewarm, and neither cold nor hot, I will vomit you out of My mouth.”’”

It is frightening when one realizes that this is parallel language to how the land of Canaan also vomited its inhabitants out for refusing to accept Yahweh’s rule.

Vayiqra (Leviticus) 18:26-28
26 “You shall therefore keep My statutes and My judgments, and shall not commit any of these abominations, either any of your own nation or any stranger who dwells among you
27 (for all these abominations the men of the land have done, who were before you, and thus the land is defiled),
28 lest the land vomit you out also when you defile it, as it vomited out the nations that were before you.”

The spirit of Laodicea is very strong in the Messianic movement today. The Laodiceans tell us that since we are all a nation of kings and priests today, there is no need for a fivefold ministry, and that it is improper for those whom Yahweh has called to leadership to exalt themselves above the rest of the assembly. Notice, however, that this was the same argument used by Korah in his rebellion.

Bemidbar (Numbers) 16:1-3
1 Now Korah the son of Izhar, the son of Kohath, the son of Levi, with Dathan and Abiram the sons of Eliab, and On the son of Peleth, sons of Reuben, took men;
2 and they rose up before Moshe with some of the children of Israel, two hundred and fifty leaders of the congregation, representatives of the congregation, men of renown.
3 They gathered together against Moshe and Aharon, and said to them, “You take too much upon yourselves, for all the congregation is set apart, every one of them! And Yahweh is among them! Why then do you exalt yourselves above the assembly of Yahweh?”

Yahweh wants His people to follow His anointed leadership, and this is why He struck down Korah and all his company. The spiritual implications should be obvious.

Many of us have lived under democracy and other popular forms of rule for so long that we have come to think of democracy as being synonymous with Torah; and yet populist rule is really the red horse, which takes peace from the earth.

It is important not to follow anyone who exalts himself (or who blows his own horn), and there are many who exalt themselves (rather than allowing Yahweh to do it). Yet when we find someone who is doing Yahweh’s work, we should support him in it, rather than try to overthrow him, and institute popular rule. Democracy is never Yahweh’s way.