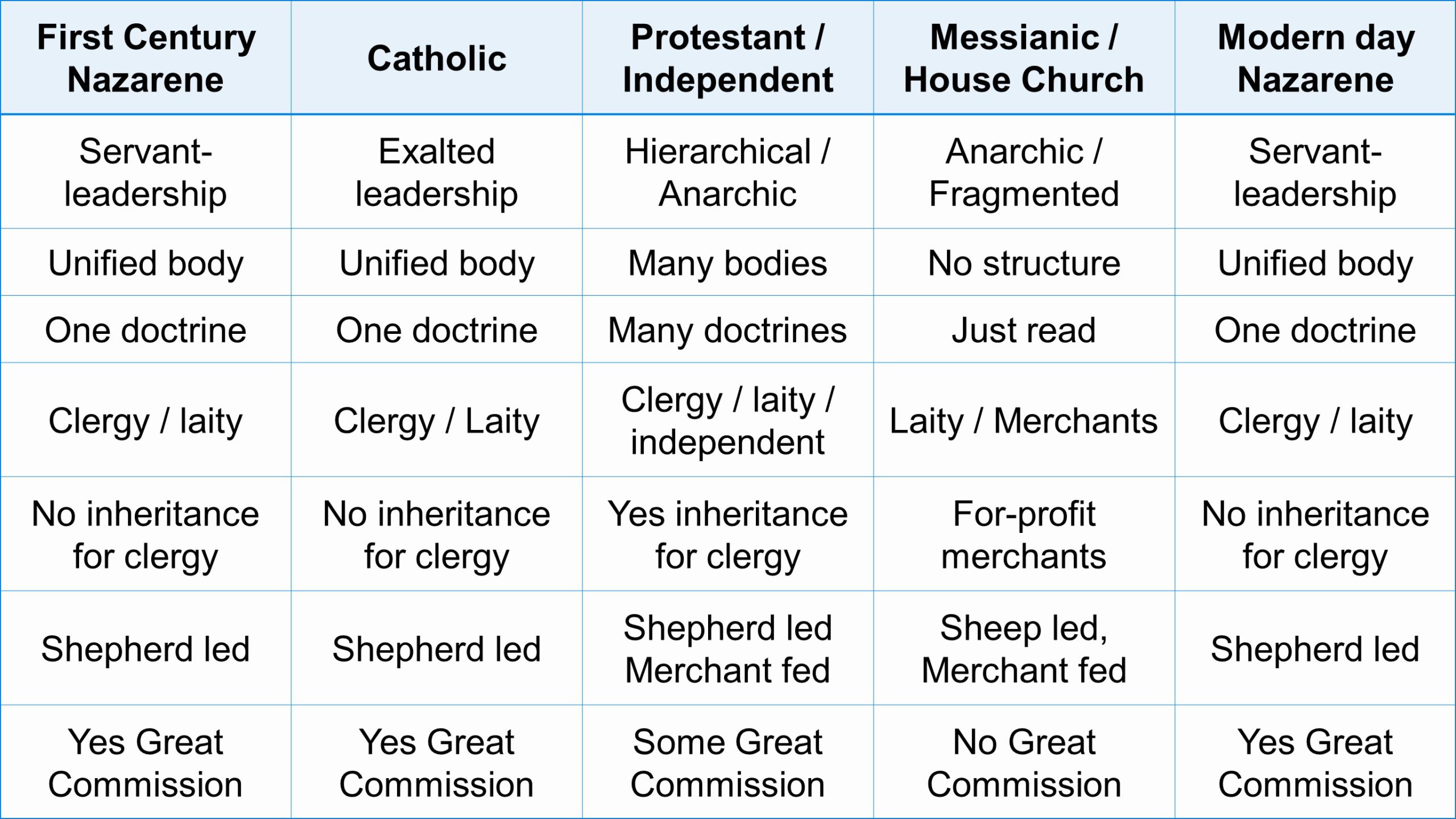 In Fulfilling the Great Commission we show that both the Torah and the Renewed Covenant tell us to:

Yet, if the Torah and the Renewed Covenant tell us to organize and appoint leadership, but the Messianics refuse, then how can they claim to “keep the Torah”?

Ya’akov (James) tells us that if we break one part of the Torah, we have broken all of it.

Ya’akov (James) 2:10
10 For whoever shall keep the whole Torah, and yet stumble in one point, he is guilty of all.

In Fulfilling the Great Commission, we show how in Acts 15, the apostles ruled that the returning gentile Ephraimites did not need to follow the rabbinic gentile conversion process. Rather, the Ephraimites could join the assemblies if they would but agree to abstain from idolatry, sexual immorality, strangled (and unclean) meats, and blood. Then they could be permitted to enter into the assemblies, where they would hear the Torah being read aloud each week.

Ma’asei (Acts) 15:19-21
19 Therefore I judge that we should not trouble those from among the Gentiles who are [re]turning to Elohim,
20 but that we write to them to abstain from things polluted by idols, from sexual immorality, from things strangled, and from blood.
21 For Moshe has had throughout many generations those who preach him in every city, being read in the synagogues every Sabbath.”

When returning gentile Ephraimites read Acts 15 today, it is easy to misunderstand what is being required here. If we take the apostles’ words out of their greater overall context (and forget that Yahweh has always had something for His people to do), we might be tempted to think we can fulfill the requirements of Acts 15 simply by gathering over at a friend’s house, reading the Torah portion for the week, sharing a meal, and talking. However, when we consider this in the greater overall context of Scripture, we can see that this would be an extreme corruption of the apostles’ meaning.

Shemote (Exodus) 6:26
26 These are the same Aharon and Moshe to whom Yahweh said, “Bring out the children of Israel from the land of Egypt according to their armies.”

As we show in Fulfilling the Great Commission, Israel has always been organized as an army, and Yahweh has always given Israel a mission to accomplish for Him. In Renewed Covenant times, that mission is to form a unified Melchizedekian priesthood, and unite Yeshua’s faithful in one single body all around the world. Keeping this in mind, Acts 15 was not the command to sit around the coffee table and read the Torah portion with friends. Rather, what Acts 15 does is to establish four basic pre-screening requirements that have to be met before “new recruits” can join Yahweh’s spiritual army Israel. What do we mean by that?

For example, if we join the U.S. Army, first we must pass a medical exam (to see if we are fit to serve). Only after we pass this medical exam can we go on to Basic Training (and finally on to our unit). When we arrive at our unit, we enter at the bottom, and work our way up. If we are faithful, we will seek to find ways to contribute to the success of our unit, and of our nation as a whole. All Acts 15 did, then, was to lay down four basic pre-screening requirements that “new recruits” must pass, before they can enter our assemblies.

However, if we interpret Acts 15 the Messianic way, then just as soon as we pass the four requirements, we are instantly “equal” with everyone else in our unit. There is no leadership, no organization, and no chain of command. There is also nothing to do but to sit around and read technical manuals, and talk. And if we should get upset, or decide we don’t like our unit, we can go home, or we can start a new army right across the street (to compete with our old one). Fragmentation becomes desirable, in order to keep everything “equal.” The big problem here is that there is no requirement for unity, leadership, organization, the Great Commission, or anything else we don’t want to do. We just hang out with friends, and learn, as if learning what Yeshua said to do was more important than doing it. Yeshua speaks to these kinds of believers in the Beatitudes, where He tells them that if they do not do what He says, their house will fall (and great will be the ruin of it).

Luqa (Luke) 6:46-49
46 “But why do you call Me ‘Adon, Adon,’ and not do the things which I say?
47 Whoever comes to Me, and hears My sayings and does them, I will show you whom he is like:
48 He is like a man building a house, who dug deep and laid the foundation on the rock. And when the flood arose, the stream beat vehemently against that house, and could not shake it, for it was founded on the rock.
49 But he who heard and did nothing is like a man who built a house on the earth without a foundation, against which the stream beat vehemently; and immediately it fell. And the ruin of that house was great.”

Why do the Messianics call Yeshua “Adon,” if they are unwilling to support His Great Commission?

We love our Messianic brothers and sisters, and it is terrible to think about what will happen to them, if they do not surrender, and hand their lives over to Yahweh.

Let us all pray that they will hear.