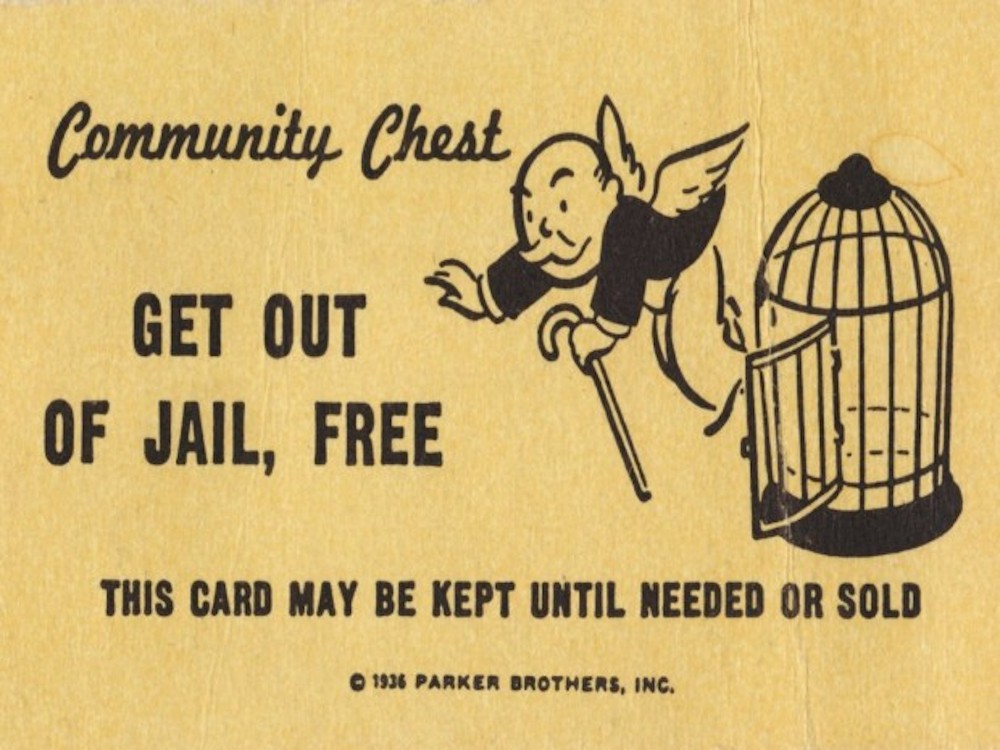 The popular Christian doctrine of “once saved, always saved” says that once we accept Yeshua’s sacrifice for our sins, it no longer matters what we do. It says that because we are now under grace, that we can knowingly break (or disregard) the Torah, and that we will still make it into His kingdom.

“Once saved, always saved” is a form of replacement theology, which is why the replacement theology church so eagerly embraces it. It says (essentially) that Yeshua come to do away not only with the Torah, but also with all punishments for breaking the Torah—and therefore that as long as we believe on Him, we will never suffer punishment for sin.

It is very ironic that some Messianics teach “once saved, always saved.” It directly contradicts Yeshua’s words in Matthew 5:17-19, where He tells us plainly not to think that He came to do away with even the least part of the Torah.

Mattityahu (Matthew) 5:17-19
17 “Do not think that I came to destroy the Torah or the Prophets. I did not come to destroy but [only] to fulfill.
18 For assuredly, I say to you, till heaven and earth pass away, one jot or one tittle will by no means pass from the Torah till all is fulfilled.
19 Whoever therefore breaks one of the least of these commandments, and teaches men so, shall be called least in the kingdom of heaven; but whoever does and teaches them, he shall be called great in the kingdom of heaven.”

“Once saved, always saved” also violates 1 John 3:4-6, which tells us that whoever commits sin also commits lawlessness, and that sin is lawlessness.

Yochanan Aleph (1 John) 3:4-6
4 Whoever commits sin also commits lawlessness, and sin is lawlessness.
5 And you know that He was manifested to take away our sins, and in Him there is no sin.
6 Whoever abides in Him does not sin. Whoever sins has neither seen Him nor known Him.

If sin is lawlessness, then lawlessness (Torahlessness) is sin. Therefore, when someone tells us that we can violate the Torah on purpose (because we are “covered by His blood”), they are not only teaching against the Torah, they are also teaching against Hebrews 10:26-31, which says not to trample the blood.

Ivrim (Hebrews) 10:26-31
26 For if we sin willfully after we have received the knowledge of the truth, there no longer remains a sacrifice for sins,
27 but a certain fearful expectation of judgment, and fiery indignation which will devour the adversaries.
28 Anyone who has rejected the Torah of Moshe dies without mercy on the testimony of two or three witnesses.
29 Of how much worse punishment, do you suppose, will he be thought worthy who has trampled the Son of Elohim underfoot, counted the blood of the covenant by which he was sanctified a common thing, and insulted the Spirit of favor [grace]?
30 For we know Him who said, “Vengeance is Mine, I will repay,” says Yahweh. And again, “Yahweh will judge His people.”
31 It is a fearful thing to fall into the hands of the living Elohim.

What Hebrews 10:26-31 says is that if we sin willfully after we come to the knowledge of the truth, there is no longer any atonement for our sins, because we are not just trampling the letter of Torah, we are trampling on Yeshua’s sacrifice.

It helps if we understand what Yeshua’s sacrifice was really all about. As we saw in “Yahweh’s Heart in Marriage” (in the Covenant Relationships collection), Yahweh divorced His bride Ephraim for committing idolatry (which is spiritual adultery).

Yirmeyahu (Jeremiah) 3:8
8 “Then I saw that for all the causes for which backsliding Israel had committed adultery, I had put her away and given her a certificate of divorce; yet her treacherous sister Judah did not fear, but went and played the harlot also.”

In the West, when we divorce our spouse, we figure that we are done with him or her forever. This is very much unlike Yahweh, who loved His spouse so much that He sent His Son Yeshua to redeem her from her former sins, buying her at a price, and washing her clean by His blood.

Qorintim Aleph (1 Corinthians) 6:20
20 For you were bought at a price; therefore glorify Elohim in your body and in your spirit, which are Elohim’s.

The problem with “once saved, always saved” is that it assumes that because Yeshua paid the penalty for our former sins, we now have a license to sin. This is sometimes called, greasy grace, or sloppy agape, and while we have come to expect it from the church, it is also common in the Messianic movement.

So what is wrong with greasy grace, and sloppy agape? Well, Yahweh forbid that this should happen, but imagine that your daughter-in-law should commit a crime. If you go and pay her bail (to get her out of jail), does that mean she can go and commit more crimes? Or doesn’t it mean (rather) that now she really needs to watch her step, since she is only out on bail?

And (Yahweh forbid), if your daughter-in-law does go and commit more crimes, is she still going to be in your favor (grace)? Or rather, does it mean that she does not yet really appreciate the sacrifice you have made for her, and the need to obey the law (i.e., Torah)?

We discuss this in more detail in “About Sacrifices” (which is part of Nazarene Scripture Studies, Volume One), but contrary to the “once saved, always saved” doctrine, we know that it is very possible to say that we follow Yeshua, and still not inherit eternal life. This is because in Matthew 7:21-23, Yeshua tells us that when He returns, He will tell many of His followers that because they did not keep the Torah, He will reject them. He will say that He never knew them because they practiced lawlessness (Torahlessness).

Mattityahu (Matthew) 7:21-23
21 “Not everyone who says to Me, ‘Master, Master,’ shall enter the kingdom of heaven, but he who does the will of My Father in heaven.
22 Many will say to Me in that day, ‘Master, Master, have we not prophesied in Your name, cast out demons in Your name, and done many wonders in Your name?’
23 And then I will declare to them, ‘I never knew you; depart from Me, you who practice lawlessness!’”

Where many people get hung up is the fact that Yeshua died for all of our sins, past, present and future. This is absolutely true—but as we explain in “About Sacrifices” (in Nazarene Scripture Studies, Volume One), Yeshua only died for unintentional sins. He never died so we could live in blatant rebellion. This is a reflection of Numbers 15, which tells us that it was unintentional sin that the animal sacrifices atoned for.

Bemidbar (Numbers) 15:22
22 “If you sin unintentionally, and do not observe all these commandments which Yahweh has spoken to Moshe — “

Bemidbar (Numbers) 15:30-31
30 “But the person who does anything presumptuously, whether he is native-born or a stranger, that one brings reproach on Yahweh, and he shall be cut off from among his people.
31 Because he has despised the word of Yahweh, and has broken His commandment, that person shall be completely cut off; his guilt shall be upon him.”

Yeshua’s sacrifice was never intended to serve as a “Get out of Jail Free” card. Had Yeshua’s sacrifice been a license to sin, then Yeshua would not have told the man He had healed from paralysis to go and sin no more, lest a worse thing come upon him.

Yochanan (John) 5:14
14 Afterward Yeshua found him in the Temple, and said to him, “See, you have been made well. Sin no more, lest a worse thing come upon you.”

Yeshua took the penalty for every sin we committed in ignorance. Truly, Yahweh will overlook things that we did in ignorance, but from now on He wants us to keep the bridal contract, so we can be part of His bride.

Ma’asei (Acts) 17:30-31
30 “Truly, these times of ignorance Elohim overlooked, but now commands all men everywhere to repent,
31 because He has appointed a day on which He will judge the world in righteousness by the Man whom He has ordained. He has given assurance of this to all by raising Him from the dead.”

So let us honor the sacrifice that Yeshua made, and not do things that we know are wrong. Let us do what we know is right.