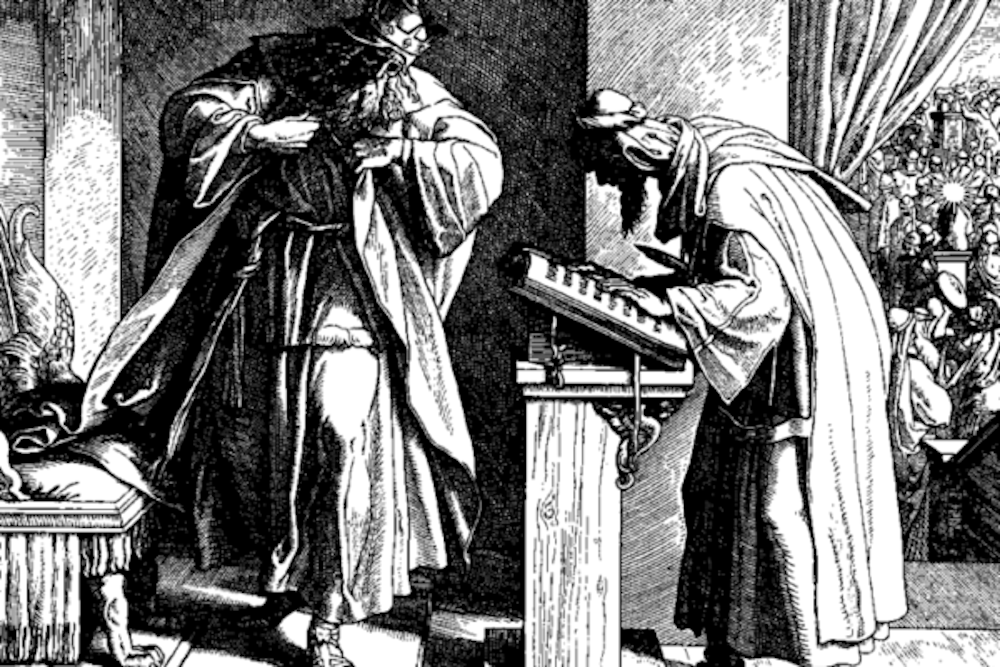 Do you want to keep the faith the Messiah taught His apostles to keep? Some people are quick to claim that the Messiah’s disciples were all “Christians,” but is this really what the Biblical record shows?

What if the Bible showed that the Messiah and His disciples thought of themselves as Nazarene Israelites, and the “Christians” were a different group entirely? What would it mean?

One of the most influential Church Fathers of all time was Epiphanius of Salamis. He lived from 310 to 403 CE. He said that the Nazarenes and the Christians were two separate (but related) groups who kept two related (but different) faiths in the fourth century CE—and that is how it still is today.

“The Nazarenes do not differ in any essential thing from them (meaning the Orthodox Jews), since they practice the customs and doctrines prescribed by Jewish Law; except that they believe in Christ. They believe in the resurrection of the dead, and that the universe was created by God. They preach that God is One, and that Jesus Christ is His Son. They are very learned in the Hebrew language. They read the Law (meaning the Law of Moses)…. Therefore they differ…from the true Christians because they fulfill until now [such] Jewish rites as the circumcision, Sabbath and others.”
[Epiphanius, “Against Heresies,” Panarion 29, 7, pp. 41, 402]

In Panarion (Against Heresies), Epiphanius attempts to prove that the Catholics were the true descendants of the first century apostles (James, John, Peter, Paul, et al). Although Epiphanius’ claim was widely accepted in his day, many other Catholic scholars have disagreed with him since.

They (Nazarenes) are characterized essentially by their tenacious attachment to Jewish observances. If they became heretics in the eyes of the (Catholic) Mother Church, it is simply because they remained fixed on outmoded positions. They well represent, (even) though Epiphanius is energetically refusing to admit it, the very direct descendants of that primitive community, of which our author (Epiphanius) knows that it was designated by the Jews, by the same name, of ‘Nazarenes’.”
[First Century expert Marcel Simon, Judeo-christianisme, pp 47-48.]

Notice how Marcel Simon acknowledged that the Nazarenes were the direct spiritual descendants of the first century apostles (James, John, Peter, et al); yet still he called the Nazarenes “heretics” because they earnestly contended for the faith once delivered to the saints, just as Jude 3 commands.

If the Nazarenes were the direct spiritual descendants of the Jewish apostles, it makes sense that they kept “such Jewish rites as the Sabbath, circumcision, and others,” because in His very first sermon the Messiah Yeshua (Jesus) told us not to think that He had come to do away with the Laws of Moses, or the Prophets.

Mattityahu (Matthew) 5:17-19
17 “Think not that I came to destroy the Law and the Prophets. I did not come to destroy, but (only) to fulfill.
18 For truly I say to you, till heaven and earth pass away, nothing at all shall pass from the Law, till all is fulfilled.
19 Therefore whoever relaxes one of the least of these commandments, and shall teach men so, he shall be called least in the Kingdom of Heaven.
But whoever does and teaches them, this one shall be called great in the Kingdom of Heaven.”

It is important that Yeshua said not to think that He had come to do away with the law. Being a good Son, Yeshua would not have disobeyed His Father Yahweh (Jehovah), Who had said to be careful not to add or subtract anything from the Laws of Moses.

Devarim (Deuteronomy) 12:32
32 “Whatever I command you, be careful to observe it; you shall not add to it nor take away from it.”

Kepha Bet (2nd Peter) 3:15-17
15 And think of the long-suffering of our Master as Salvation (literally: Yeshua), as also our beloved brother Shaul (Paul) wrote to you, according to the wisdom given to him;
16 As also in all his epistles, speaking in them concerning these things, in which some things are hard to understand, which the untaught and unstable twist, to their destruction, as also the rest of the Scriptures.
17 Then beloved, you being forewarned, watch; lest being led by the error of Lawlessness (KJV: error of the wicked) you should fall from your own steadfastness.

Notice that in verse 16, Kepha tells us that there was a group of believers in his day who were “untaught and unstable,” in that they twisted Shaul’s writings to make it seem as if they say something they do not.

In verse 17 Kepha warns us not to be led by the “error of lawlessness.” The King James Version renders this as the “error of the wicked,” but Strong’s Concordance tells us that this word has to do with enacting or instituting something (like a substitute religion) which is contrary to the Law(s of Moses).

The Aramaic Peshitta (NT) also agrees that we are to guard ourselves from going after the error of those who are without the Laws of Moses (Aramaic: דדלא נמוס).

Kepha Bet (2nd Peter) 3:17, Murdock Peshitta
17 Ye therefore, my beloved, as ye know [these things] beforehand, guard yourselves, lest, by going after the error of the lawless, ye fall from your steadfastness.

In context, Kepha tells us there was a false faith in his day which misinterpreted Shaul and preached against the Laws of Moses. Isn’t that what Christians do?

Catholic Archbishop James Cardinal Gibbons tells us that Scripture “enforces the religious observance of Saturday,” but then proudly boasts that the church nonetheless proclaimed Sunday as the day of worship.

‘But you may read the Bible from Genesis to Revelation, and you will not find a single line authorizing the sanctification of Sunday. The Scriptures enforce the religious observance of Saturday, a day which we (the Catholic Church) never sanctify.”
[Archbishop James Cardinal Gibbons, The Faith of our Fathers, 88th ed., pp. 89.]

Reverend Stephen Keenan tells us that the Catholic Church had the power to change the days of worship on her own, even though Scripture does not give her this authority.

“Question: Have you any other way of proving that the Church has power to institute festivals of precept?
“Answer: Had she not such power, she could not have done that in which all modern religionists agree with her—she could not have substituted the observance of Sunday, the first day of the week, for the observance of Saturday, the seventh day, a change for which there is no Scriptural authority.”
[Reverend Stephen Keenan, A Doctrinal Catechism, 3rd ed., p. 174.]

Isn’t Stephan Keenan’s argument circular reasoning? He argues that the church must have had the power to change the days of worship just because it did so.

Daniel 7:25
25 He shall speak pompous words against the Most High, Shall persecute the saints of the Most High, And shall intend to change (the festival) times and (the) Law. And the saints shall be given into his hand For a time and times and half a time.

As we will see later in this study, this is precisely what the Catholic Church did. It changed the appointed times of worship and also persecuted the saints of the Most High (i.e., the Nazarenes) who kept the original festival times and the Law. But isn’t it a sin to change Scripture like that?