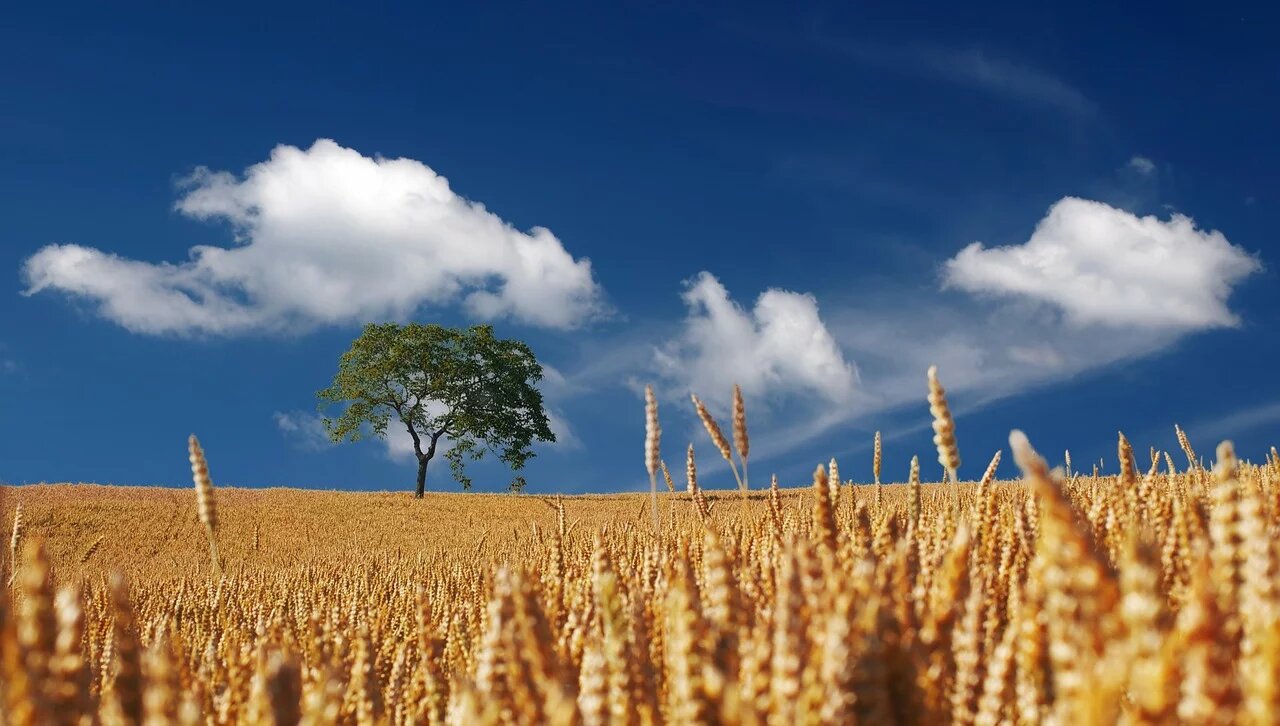 In Revelation 19, we saw how Yeshua arrives with His army of saints at Armageddon, and then smites the armies of Gog and Magog. Now, in Revelation 20, a messenger (angel) comes down from heaven, binds Satan, and throws him into a bottomless pit for 1,000 years.

Hitgalut (Revelation) 20:1-3
1 Then I saw a messenger [Yeshua] coming down from heaven, having the key to the bottomless pit and a great chain in his hand.
2 He laid hold of the dragon, that serpent of old, who is the Devil and Satan, and bound him for a thousand years;
3 and he cast him into the bottomless pit, and shut him up, and set a seal on him, so that he should deceive the nations no more till the thousand years were finished. But after these things he must be released for a little while.

The messenger in verse 1 can only be Yeshua, because only Elohim has the power to bind Satan. This means Revelation 20 is an inset chapter paralleling chapter 19.

We already learned that Yeshua will return to heaven after Armageddon, taking with Him all those who fell asleep while believing in Him. Those who were martyred for Him will rule and reign with Him for 1,000 years, sitting on thrones (in the throne room in heaven).

Hitgalut (Revelation) 20:4-6
4 And I saw thrones, and they sat on them, and judgment was committed to them. Then I saw the souls of those who had been beheaded for their witness to Yeshua and for the word of Elohim, who had not worshiped the beast or his image, and had not received his mark on their foreheads or on their hands. And they lived and reigned with Messiah for a thousand years.
5 But the rest of the dead did not live again until the thousand years were finished. This is the first resurrection.
6 Blessed and set-apart is he who has part in the first resurrection. Over such the second death has no power, but they shall be priests of Elohim and of Messiah, and shall reign with Him a thousand years.

But if Yeshua and those He takes to heaven stay in heaven for 1,000 years, then what happens with the Ephraimites who realize their Israelite identities after Armageddon? How do they get back home to the land? And what do they do during the 1,000 years?

Jeremiah 3:18 tells us that the Ephraimites and Jews will “walk” back home to the land of Israel.

Similarly, Isaiah 66 tells us that the Ephraimites will come back on horses and in chariots and in litters, on mules and on camels.

Yeshayahu (Isaiah) 66:20-21
20 “Then they shall bring all your brethren for an offering to Yahweh out of all nations, on horses and in chariots and in litters, on mules and on camels, to My set-apart mountain Jerusalem,” says Yahweh, “as the children of Israel bring an offering in a clean vessel into the House of Yahweh.
21 And I will also take some of them for priests and Levites,” says Yahweh.

While it seems reasonable that this may refer to today’s trains, planes, automobiles, and buses, the point is that the Ephraimites will come home by natural means. Further, when they first arrive home, they will continue to follow the principles of Babylonian democracy, in that they will “appoint” one head for themselves. This speaks of an elected leader.

Hoshea (Hosea) 1:11
11 “Then the children of Judah and the children of Israel Shall be gathered together, And appoint for themselves one head; And they shall come up out of the land, For great will be the day of Jezre’el!”

Babylonian democracy, however, is not Yahweh’s way. Therefore, at some point Yahweh will raise up a man referred to as “David their king” (see verse 9).

Yirmeyahu (Jeremiah) 30:6-10
6 “‘Ask now, and see, Whether a man is ever in labor with child? So why do I see every man with his hands on his loins Like a woman in labor, And all faces turned pale?
7 Alas! For that day is great, So that none is like it; And it is the time of Jacob’s trouble, But he shall be saved out of it.
8 For it shall come to pass in that day,’ Says Yahweh of hosts, ‘That I will break his yoke from your neck, And will burst your bonds; Foreigners shall no more enslave them.
9 But they shall serve Yahweh their Elohim, And David their king, Whom I will raise up for them.
10 Therefore do not fear, O My servant Jacob,’ says Yahweh, ‘Nor be dismayed, O Israel; For behold, I will save you from afar, And your seed from the land of their captivity. Jacob shall return, have rest and be quiet, And no one shall make him afraid.’”

Continuing to verse 21, we learn that Israel’s nobles will be from among them, and their governor will be from their midst. Different translations render this passage in different ways, but what we need to see here is that these leaders are not Yeshua, because Yeshua will not be elected, and He will not share power with anyone.

Yirmeyahu (Jeremiah) 30:18-21
18 “Thus says Yahweh: ‘Behold, I will bring back the captivity of Jacob’s tents, And have mercy on his dwelling places; The city shall be built upon its own mound, And the palace shall remain according to its own plan.
19 Then out of them shall proceed thanksgiving And the voice of those who make merry; I will multiply them, and they shall not diminish; I will also glorify them, and they shall not be small.
20 Their children also shall be as before, And their congregation shall be established before Me; And I will punish all who oppress them.
21 Their nobles shall be from among them, And their governor shall come from their midst; Then I will cause him to draw near, And he shall approach Me; For who is this who pledged his heart to approach Me?’ says Yahweh.”

We also know that during the Millennium, there will be a temple in which a prince (nasiy) will serve.

Yehezqel (Ezekiel) 45:22
22 “And on that day the prince shall prepare for himself and for all the people of the land a bull for a sin offering.”

This prince cannot be Yeshua, because Yeshua was sinless. In contrast, this prince offers a sin sacrifice for himself, as well as all the people. Further, Ezekiel 46:16 tells us that he will take an earthly wife, and have earthly sons.

Yehezqel (Ezekiel) 46:16
16 “Thus says Yahweh Elohim: ‘If the prince gives a gift of some of his inheritance to any of his sons, it shall belong to his sons; it is their possession by inheritance.’”

This earthly prince cannot be Yeshua. Further, the King of kings cannot be here on earth at the same time the nasiy is leading the nation, for at least at one level, Yeshua is Yahweh, and Yahweh says He will not share His glory with another.

Yeshayahu (Isaiah) 42:8
8 “I am Yahweh, that is My name; And My glory I will not give to another, Nor My praise to carved images.”

Also note that this prince is barred from using the same gate Yeshua used in the first century. Therefore this prince cannot be Yeshua, because it makes no sense that Yeshua would be blocked from using a gate that He used before (just because He used it).

Yehezqel (Ezekiel) 44:2-3
2 And Yahweh said to me, “This gate shall be shut; it shall not be opened, and no man shall enter by it, because Yahweh Elohim of Israel [Yeshua] has entered by it; therefore it shall be shut.
3 As for the prince, because he is the prince, he may sit in it to eat bread before Yahweh; he shall enter by way of the vestibule of the gateway, and go out the same way.”

There will be other human leaders during the millennium as well. Genesis 49 speaks of a great national leader who will arise from the tribe of Joseph. This is a difficult passage, so let us look at it in the Hebrew.

Verse 24 says a man who is called “the Shepherd, the Stone of Israel” will arise from the tribe of Joseph (either Manasseh or Ephraim).

This cannot be Yeshua, because Yeshua arose from the tribe of Judah.

Further, the titles “Shepherd” and “Stone of Israel” imply glory. Therefore, if a human being who is named Stone of Israel and Shepherd is ruling and reigning, then logically Yeshua (who is our Good Shepherd, our Rock, and our King) cannot be physically present at the same time.

Human leadership of the nation during Yeshua’s 1,000 year absence is perfectly consistent with Daniel 7:27 and other passages, which tell us that the kingdom and dominion will be given to the saints (who are His body).

Daniel 7:27
27 “Then the kingdom and dominion, And the greatness of the kingdoms under the whole heaven, Shall be given to the people, the saints of the Most High. His kingdom is an everlasting kingdom, And all dominions shall serve and obey Him.”