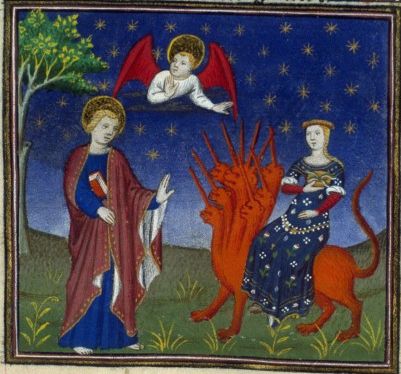 In part one of this article, we saw that Babylon (or Bavel) is a demonic spirit which subjugates the people for the benefit of the elites. We also saw that Babylon is an economic, political, and religious system which is using the three Avrahamic faiths (Torahless Christianity, Judaism, and Islam), plus democracy, to breakdown and subjugate the whole world. One of the ways it does this is by causing confusion (and the name Babylon means confusion). 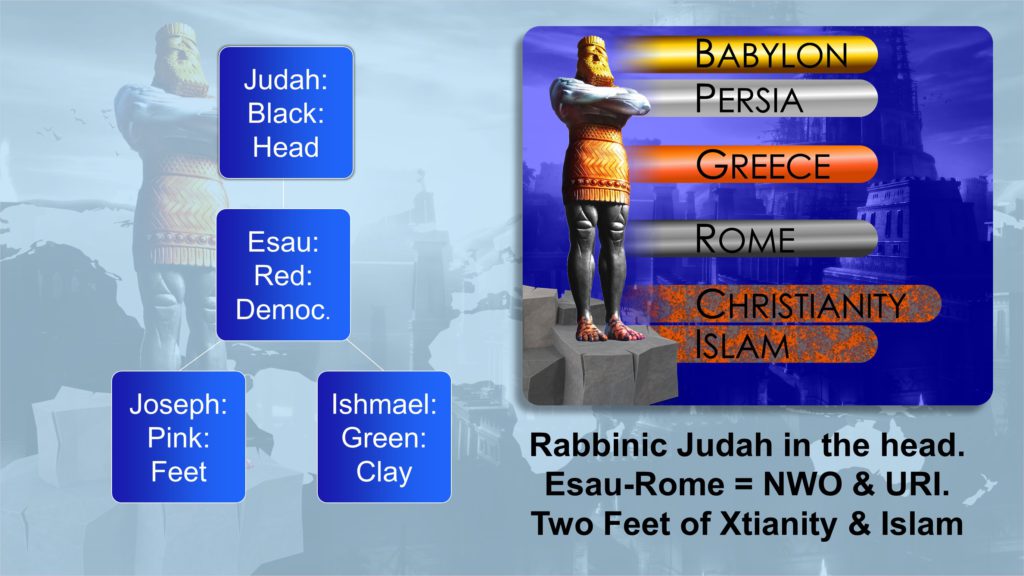 Even though the global empire that Babylon is creating will eventually be given to the saints (Daniel 7:27), Yahweh does not like Babylon. Revelation 18:4 tells us to come out of Babylon, lest we share in her sins, and lest we receive of her plagues.

Hitgalut (Revelation) 18:4
4 And I heard another voice from heaven saying, “Come out of her, my people, lest you share in her sins, and lest you receive of her plagues.

But if Babylon is a comprehensive economic, political, and religious system that exists in almost all nations, then how can we come out of Babylon in a practical sense? The answer is that we must learn to differentiate between the one true original apostolic faith that Yeshua commanded, and everything else (which is ultimately a deception). But again, how do we do that, in a practical sense?

When banks train tellers to spot forgeries, what they do is to teach them how to identify the official currency. That way, when they see some characteristic that does not match the official currency, they know they have a false specimen. Yeshua tells us to do much the same thing, when He tells us that we are to inspect the fruit of the trees.

So now let us look at 1 John 3. John tells us that those who know Him, and hope to be called children of Elohim someday should purify themselves, just as Elohim is pure. And what we need to know here is that “purifying ourselves” is classic language for keeping the Torah.

Yochanan Aleph (1 John) 3:1-3
1 Behold what manner of love the Father has bestowed on us, that we should be called children of Elohim! Therefore the world does not know us, because it did not know Him.
2 Beloved, now we are children of Elohim; and it has not yet been revealed what we shall be, but we know that when He is revealed, we shall be like Him, for we shall see Him as He is.
3 And everyone who has this hope in Him purifies himself, just as He is pure.

Next John says that whoever commits sin also commits lawlessness, and that sin is lawlessness. That is, sin is failing to keep the whole Torah.

Then John says something extremely powerful. He says that whoever abides in Yeshua does not break the Torah—and that whoever breaks the Torah has neither seen Him, nor known Him.

Yochanan Aleph (1 John) 3:4-6
5 And you know that He was manifested to take away our sins [torahlessness], and in Him there is no sin [no torahlessness].
6 Whoever abides in Him does not sin [break the Torah]. Whoever sins [breaks Torah] has neither seen Him nor known Him.

Yochanan (John) 15:4-6
4 “Abide in Me, and I in you. As the branch cannot bear fruit of itself, unless it abides in the vine, neither can you, unless you abide in Me.
5 I am the vine, you are the branches. He who abides in Me, and I in him, bears much fruit; for without Me you can do nothing.
6 If anyone does not abide in Me, he is cast out as a branch and is withered; and they gather them and throw them into the fire, and they are burned.”

Many Christian Churches and Messianic teachers will say they abide in Yeshua, but it cannot honestly be, because when we have Yeshua abiding in us, we will do the things Yeshua did, one of which was to purify Himself by practicing righteousness (i.e., keeping the Torah commandments).

As we showed in “The Case of the Missing “The’” (in Nazarene Scripture Studies, Volume 3) we showed that Yeshua did not come to teach faith in Him, but that He came to teach a very specific faith, which was called the (Jewish or) Israelite “sect of the Nazarenes” (Acts 24:5). This is the faith that Yeshua would keep if He were here.