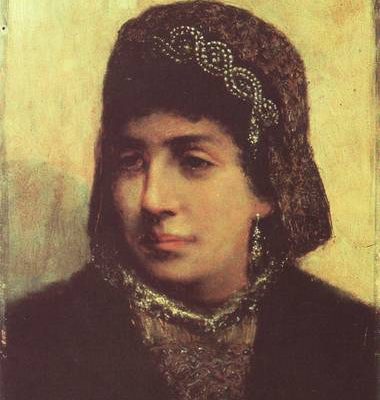 If we say we love our spouse, then do we think about what our spouse wants?

And if we say we love Yeshua, then do we think about what He wants?

Sometimes it can be difficult to know what our spouses want, because they don’t always tell us directly. Yet it is easy to know what Yeshua wants, because He tells us plainly. He wants us to go into all nations, and immerse disciples in His name, and teach them to do everything He has commanded.

We are also to immerse believers, but a disciple is more than a believer. We explain what disciples are in Torah Government, in the chapters, “Priests, Disciples, and Believers”, and in “Yeshua’s Definition of Belief”. The original definition was that disciples had to lay down their lives in the world, spend the rest of their lives helping Yeshua to build His kingdom here on earth.

While that is still the standard for the priesthood, over time the standard for disciples was relaxed somewhat, so that anyone who sacrifices for His kingdom even as much as the widow’s two mites can be considered a disciple if they are truly making a sacrifice. And yet, it is still best to do everything that Yeshua says, because He tells us that in the future, not everyone who calls Yeshua Adon (Master) will enter the kingdom of heaven, but only those who do the will of His Father in heaven.

Mattityahu (Matthew) 7:21-23
21 “Not everyone who says to Me, ‘Adon! Adon!’, shall enter the kingdom of heaven, but he who does the will of My Father in heaven.
22 Many will say to Me in that day, ‘Adon! Adon, have we not prophesied in Your name, cast out demons in Your name, and done many wonders in Your name?’
23 And then I will declare to them, ‘I never knew you; depart from Me, you who practice lawlessness [torahlessness]!’”

To enter the kingdom of heaven, we must keep Torah. However, most believers don’t know what the Torah is, because there are many “Torah teachers” teaching something other than Yeshua’s Torah (perhaps because they don’t know what it is).

In “About the Change in Priesthoods” in Nazarene Scripture Studies, Volume 4, , we showed that when Yeshua established His renewed Melchizedekian order, there was a change (or a transposition) in the priesthoods, such that the Levitical order stood down, and the order of Melchizedek stepped up. At the same time there was also a change in the active Torah, such that we no longer practice the Levitical Torah (and will not do so again until after Armageddon, when we are brought back to live in the land).

Ivrim (Hebrews) 7:12
12 For the priesthood being changed [transposed], of necessity there is also a change [transposition] of the Torah.

As we explain in Torah Government, and Acts 15 Order, and other places, Yeshua’s Torah (Instructions) includes both the Great Commission and what is called the Fivefold Ministry of Ephesians 4. This Fivefold Ministry calls for organizing differently than the Levites or the rabbis organize, because our mission in the dispersion is different. Instead of unifying the tribes about a physical altar in the land, we are to unify Yeshua’s disciples as a single body, although we are scattered in every country.

Ephesim (Ephesians) 4:11-16
11 And He Himself [i.e., Yeshua] gave some to be apostles, some prophets, some evangelists, and some pastors and teachers,
12 for the equipping of the saints for the work of ministry, for the edifying of the body of Messiah,
13 till we all come to the unity of the faith and of the knowledge of the Son of Elohim, to a perfect man, to the measure of the stature of the fullness of Messiah;
14 that we should no longer be children, tossed to and fro and carried about with every wind of doctrine, by the trickery of men, in the cunning craftiness of deceitful plotting,
15 but, speaking the truth in love, may grow up in all things into Him who is the head — Messiah —
16 from whom the whole body, joined and knit together by what every joint supplies, according to the effective working by which every part does its share, causes growth of the body for the edifying of itself in love.

Verse 13 tells us to practice this fivefold order until we all come to the unity of the faith. This, of course, will not take place until after Armageddon, which means we are still supposed to be organizing and operating this way right now. And this is still “obeying Torah” because even though the structure and rules have changed, we still operate by the same principles and precepts.

Yet in both the Levitical and the Melchizedekian orders, the point is to establish Elohim’s kingdom here on earth.

Mattityahu (Matthew) 6:9-10
9 “In this manner, therefore, pray:
Our Father in heaven,
let Your name be set-apart.
10 Your kingdom come,
Your will be done,
On earth as it is in heaven.”

As we explain in Torah Government, in Acts 15 Order, and in Revelation and the End Times, Yeshua’s kingdom will be established as the spiritual government of the world after Armageddon, and it will be us and our children who will rule over it.

Daniel 7:27
27 Then the kingdom and dominion, And the greatness of the kingdoms under the whole heaven, Shall be given to the people, the saints of the Most High. His kingdom is an everlasting kingdom, And all dominions shall serve and obey Him.’

So, in a very real sense, what Yeshua wants is that we form the future government of the world. And if we do that faithfully, He will be pleased with us. But we cannot just talk about it, we need to do it. That means we must be wise, and discipline ourselves to do everything that He says, so that we can stand in the tribulation.

If we are wise, do we want what Yeshua wants?

And if we want it, what then should we do?

What would Yeshua want from His bride?