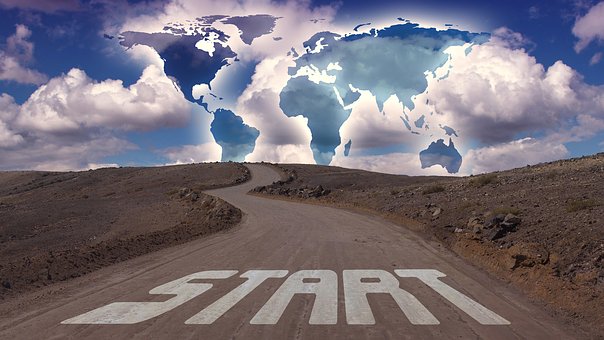 In Psalms 2, Yahweh gives a rod of iron to Yeshua, so that He may rule over the nations.

Tehillim (Psalms) 2:7-9
7 “I will declare the decree: Yahweh has said to Me, ‘You are My Son, Today I have begotten You.
8 Ask of Me, and I will give You The nations for Your inheritance, And the ends of the earth for Your possession.
9 You shall break them with a rod of iron; You shall dash them to pieces like a potter’s vessel.'”

As we saw in Revelation and the End Times, Yeshua will return to earth at the Battle of Armageddon. After this battle, Yeshua will use this rod of iron to rule over the nations.

Hitgalut (Revelation) 19:11-15
11 Now I saw heaven opened, and behold, a white horse. And He who sat on him was called Faithful and True, and in righteousness He judges and makes war.
12 His eyes were like a flame of fire, and on His head were many crowns. He had a name written that no one knew except Himself.
13 He was clothed with a robe dipped in blood, and His name is called The Word of Elohim.
14 And the armies in heaven, clothed in fine linen, white and clean, followed Him on white horses.
15 Now out of His mouth goes a sharp sword, that with it He should strike the nations. And He Himself will rule them with a rod of iron. He Himself treads the winepress of the fierceness and wrath of Almighty Elohim.

However, this is one of Scripture’s mysteries, because Revelation also tells us that Yeshua plans to give His rod of iron to His body, so His body can rule and reign for Him.

Hitgalut (Revelation) 2:26-28
26 “And he who overcomes, and keeps My works until the end, to him I will give power over the nations —
27 ‘He shall rule them with a rod of iron; They shall be dashed to pieces like the potter’s vessels’ — as I also have received from My Father;
28 and I will give him the morning star.”

So, when Yeshua rules and reigns over the nations after Armageddon, it will be Yeshua’s body (i.e., the saints, meaning Nazarene Israel) who will rule and reign over the nations. This also agrees with Daniel 7:26-27, which tells us that the heavenly court shall be seated (which takes place at trumpet 7). At this court session, the Little Horn’s kingdom and dominion will be taken away, and it will be given to the saints (i.e., Yeshua’s body).

Daniel 7:26-27
26 ‘But the court shall be seated, And they shall take away his dominion, To consume and destroy it forever.
27 Then the kingdom and dominion, And the greatness of the kingdoms under the whole heaven, Shall be given to the people, the saints of the Most High. His kingdom is an everlasting kingdom, And all dominions shall serve and obey Him.’

However, even though Yeshua will not be here during the millennium, Isaiah tells us that Yeshua’s government will increase without end.

Yeshayahu (Isaiah) 9:6-7
6 “For unto us a Child is born, Unto us a Son is given; And the government will be upon His shoulder. And His name will be called Wonderful, Counselor, Mighty Elohim, Everlasting Father, Prince of Peace.
7 Of the increase of His government and peace There will be no end, Upon the throne of David and over His kingdom, To order it and establish it with judgment and justice From that time forward, even forever. The zeal of Yahweh of hosts will perform this.”

So, if Yeshua’s body will rule with His rod of iron after Armageddon, and if this rule will increase without end, then how will it increase? And how will it rule and reign over the nations?

In Acts 15 Order we saw that Yeshua wants His body to operate according to what is called the Fivefold Ministry of Ephesians 4. Verse 11 tells us that Yeshua Himself gave this order, and one of the rules is that everyone who is part of His body must contribute. Those who are called to serve must serve, and those who benefit by the service are to support, to help the work go further.

Ephesim (Ephesians) 4:11-16
11 And He Himself gave some to be apostles, some prophets, some evangelists, and some pastors and teachers,
12 for the equipping of the saints for the work of ministry, for the edifying of the body of Messiah,
13 till we all come to the unity of the faith and of the knowledge of the Son of Elohim, to a perfect man, to the measure of the stature of the fullness of Messiah;
14 that we should no longer be children, tossed to and fro and carried about with every wind of doctrine, by the trickery of men, in the cunning craftiness of deceitful plotting,
15 but, speaking the truth in love, may grow up in all things into Him who is the head — Messiah —
16 from whom the whole body, joined and knit together by what every joint supplies, according to the effective working by which every part does its share, causes growth of the body for the edifying of itself in love.

Yochanan (John) 15:4-6
4 “Abide in Me, and I in you. As the branch cannot bear fruit of itself, unless it abides in the vine, neither can you, unless you abide in Me.
5 I am the vine, you are the branches. He who abides in Me, and I in him, bears much fruit; for without Me you can do nothing.
6 If anyone does not abide in Me, he is cast out as a branch and is withered; and they gather them and throw them into the fire, and they are burned.”

What we see, then, is that before Yeshua’s body (us) can rule over the nations, first we must re-establish His body, according to His rules. Next, each of us must give his fair share. Those who do not give their fair share must be pruned out of the body, to keep the organism healthy. And since all the parts of the body that remain love Yeshua enough to give back to Him, the body will regrow much stronger than if no pruning had taken place.

Luqa (Luke) 18:16
16 But Yeshua called them to Him and said, “Let the little children come to Me, and do not forbid them; for of such is the kingdom of Elohim.”

However, although we first come to Yeshua as little children, we should no more remain spiritual children than we should remain in diapers all our lives. As we grow in the faith, our walk should become less and less about satisfying our own wants and needs, and it should become more about how to give back to the family (or in Yeshua’s case, the body).

As children grow, first they can learn to clean and dress themselves, and then they can learn how to clean up their rooms. (They may not want to do this, but it is good for them.) As they continue to mature they can also begin to help around the house. This is also how we are to be regarding Yeshua’s house. As we grow in the faith we should not want to see how much we can learn and then avoid our obligation to give back. Rather, we should want to give our fair share to His kingdom, and out of love for Yeshua we should also want to help support His people in any way that we can.

Ma’asei (Acts) 20:35
35 I have shown you in every way, by laboring like this, that you must support the weak. And remember the words of the Adon Yeshua, that He said, ‘It is more blessed to give than to receive.'”

As children become adults and other people’s needs become important to them, one sign they are ready for marriage is that they truly care about what their intended spouse wants.

Once we truly care about what Yeshua wants, then we are becoming spiritually mature to the point we may qualify as His bride. One sign of this is that we don’t treat His kingdom as a thing of the world. We don’t come to see how much we can learn, and then run away and give nothing back, because we know this displeases Him. Rather, we want to get involved, and see how much we can help to build up His kingdom. This will require a major change of direction for most of the Ephraimites, if they hope to survive the tribulation.

In Torah Government and Acts 15 Order, we saw that as the faith moved outside the land of Israel, Yeshua’s people began to fall away into torahless Christianity. However, even though the Catholics lack the Torah, the fact that their people were willing to sacrifice toward the goal of global order and organization meant that they were able to establish a global order. It is also precisely because Ephraim is not presently willing to sacrifice toward Yeshua’s true global order that Ephraim has not achieved it.

After Ephraim broke from Rome there began to be increasing fragmentation in the Protestant world. Today the Protestant world has become so fragmented that it is only held together by democracy (which is of Esau-Rome). This is an unstable situation, as Ephraim has many enemies in the world, and even today they are actively infiltrating Ephraim’s beloved democracy (to destroy it). If we are willing to receive it, democracy is one of Ephraim’s spiritual lovers, in which he places his trust. Ephraim’s lovers will not save him in the day of calamity.

Yirmeyahu (Jeremiah) 30:14
14 “All your lovers have forgotten you; They do not seek you; For I have wounded you with the wound of an enemy, With the chastisement of a cruel one, For the multitude of your iniquities, Because your sins have increased.”

In Revelation and the End Times we saw that the United States is the land of Babylon of Jeremiah 50-51, and that it will be destroyed by plunderers who come from the north. Although we do not know exact dates, we expect this to take place at the end of the seven-year tribulation sequence (a few decades from now).

Yirmeyahu (Jeremiah) 51:45-48
45 “My people, go out of the midst of her! And let everyone deliver himself from the fierce anger of Yahweh.
46 And lest your heart faint, And you fear for the rumor that will be heard in the land (A rumor will come one year, And after that, in another year A rumor will come, And violence in the land, Ruler against ruler),
47 Therefore behold, the days are coming That I will bring judgment on the carved images of Babylon; Her whole land shall be ashamed, And all her slain shall fall in her midst.
48 Then the heavens and the earth and all that is in them Shall sing joyously over Babylon; For the plunderers shall come to her from the north,” says Yahweh.

We are coming out of the darkness after emerging from the Great Falling Away. We are trying to re-establish Yeshua’s original program, which will build the global order He wants. It is important to build this global order because it is His kingdom, which is to grow without end. Those of us who contribute to His program will be the spiritually mature ones He wants to take as His bride. But what will become of those who pretended to love Yeshua enough to participate in His program, but did not?

In the natural, the future looks bleak, but in the Spirit the future looks very bright. As a practical matter, the only thing we can do for those who are unwilling to join Yeshua’s program is to pray for them. And then we can move forward with the few brothers and sisters who truly do love Yeshua enough, to obey Him, and His program.

May Yahweh bless us, and may He guide us to success for the name of His Son.