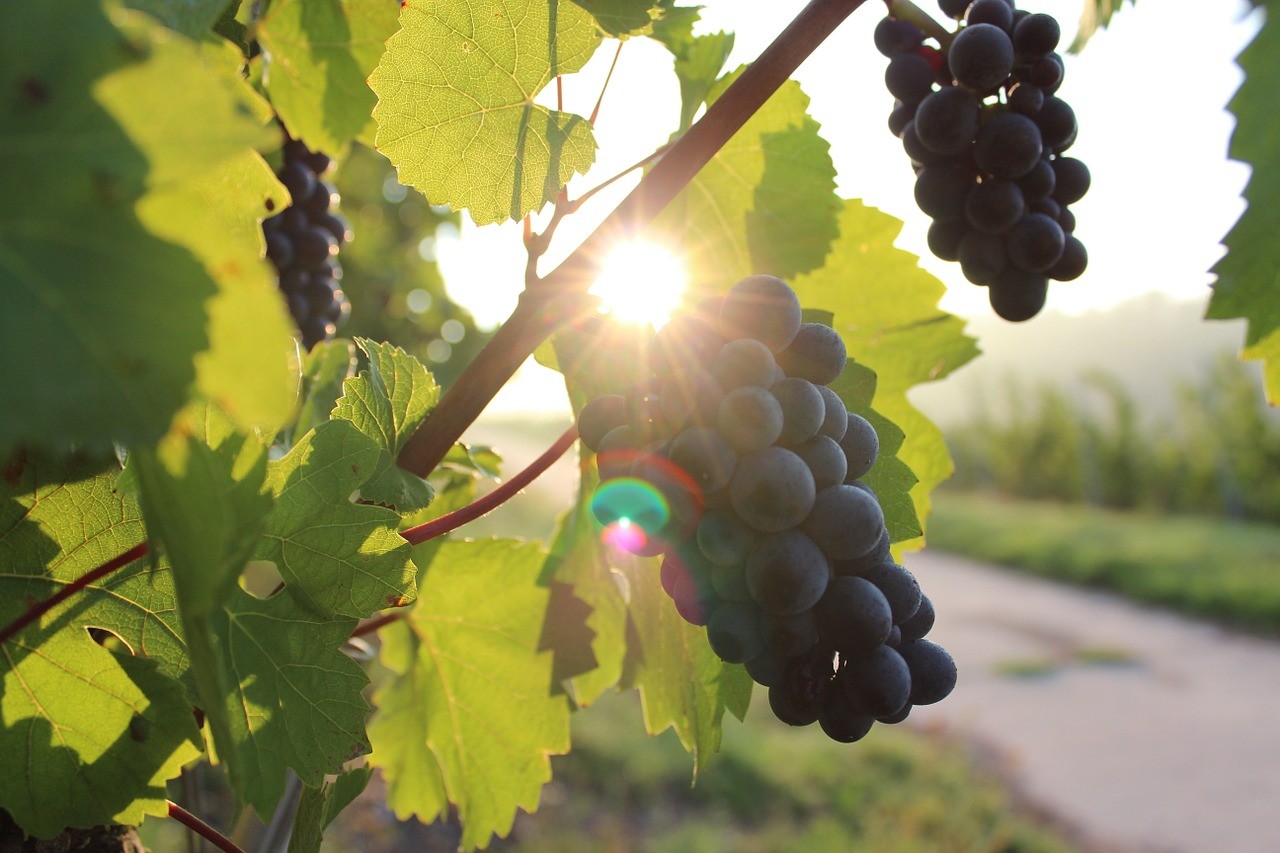 In the beginning, in the Garden of Eden, there was a vital connection between Elohim and man. However, when man chose to disobey Elohim, this essential connection was broken. Adam and Havvah (Eve) knew something was wrong, and so they hid themselves from Elohim.

B’reisheet (Genesis) 3:7-10
7 Then the eyes of both of them were opened, and they knew that they were naked; and they sewed fig leaves together and made themselves coverings.
8 And they heard the sound of Yahweh Elohim walking in the garden in the cool of the day, and Adam and his wife hid themselves from the presence of Yahweh Elohim among the trees of the garden.
9 Then Yahweh Elohim called to Adam and said to him, “Where are you?”
10 So he said, “I heard Your voice in the garden, and I was afraid because I was naked; and I hid myself.”

After Adam and Havvah’s fall from favor (grace), there was no longer a divine connection between Elohim and most of mankind. However, Elohim still gave His Spirit to the prophets who sought to obey and serve Him, such as Daniel, King David, and others.

Daniel 5:14
14 “I have heard of you, that the Spirit of Elohim is in you, and that light and understanding and excellent wisdom are found in you.”

However, it was not Yahweh’s desire that only a few men should have His Spirit. What Yahweh really wants is for all men to repent, and to walk humbly in righteousness with Him, bearing fruits worthy of repentance.

Luqa (Luke) 3:8
8 “Therefore bear fruits worthy of repentance, and do not begin to say to yourselves, ‘We have Abraham as our father.’ For I say to you that Elohim is able to raise up children to Abraham from these stones.”

Yahweh promises to destroy those who disobey Him. Yet because He loves us very much, He is very patient with us. He is not slack concerning His promises to punish those who disobey, as some count slackness. Rather, He is longsuffering toward us, not willing that any should perish, but that all should repent.

Kepha Bet (2 Peter) 3:9
9 Yahweh is not slack concerning His promise, as some count slackness, but is longsuffering toward us, not willing that any should perish but that all should come to repentance.

When we repent, we bear fruits worthy of repentance. When we stop repenting, these fruits go away. That is why it is so important to walk constantly in repentance, yielding every part of our nature and our relationships with others to Yahweh, because it is these essential fruits of repentance that Yeshua refers to in John 15.

Yochanan (John) 15:1-8
1 “I am the true vine, and My Father is the vinedresser.
2 Every branch in Me that does not bear fruit He takes away; and every branch that bears fruit He prunes, that it may bear more fruit.
3 You are already clean because of the word which I have spoken to you.
4 Abide in Me, and I in you. As the branch cannot bear fruit of itself, unless it abides in the vine, neither can you, unless you abide in Me.
5 “I am the vine, you are the branches. He who abides in Me, and I in him, bears much fruit; for without Me you can do nothing.
6 If anyone does not abide in Me, he is cast out as a branch and is withered; and they gather them and throw them into the fire, and they are burned.
7 If you abide in Me, and My words abide in you, you will ask what you desire, and it shall be done for you.
8 By this My Father is glorified, that you bear much fruit; so you will be My disciples.”

It is essential that we bear these good fruits which only come from a repentant heart, and that all the words we speak come from His Spirit.

Luqa (Luke) 6:43-45
43 “For a good tree does not bear bad fruit, nor does a bad tree bear good fruit.
44 For every tree is known by its own fruit. For men do not gather figs from thorns, nor do they gather grapes from a bramble bush.
45 A good man out of the good treasure of his heart brings forth good; and an evil man out of the evil treasure of his heart brings forth evil. For out of the abundance of the heart his mouth speaks.”

To be in Yahweh’s favor in the Day of Judgment, we need to be in our Intercessor Yeshua’s favor. To do that, we need to do all the things that He says to do, in terms of building Yeshua’s kingdom.

Luqa (Luke) 6:46-49
46 “But why do you call Me Adon, Adon,’ and not do the things which I say?
47 Whoever comes to Me, and hears My sayings and does them, I will show you whom he is like:
48 He is like a man building a house, who dug deep and laid the foundation on the rock. And when the flood arose, the stream beat vehemently against that house, and could not shake it, for it was founded on the rock.
49 But he who heard and did nothing is like a man who built a house on the earth without a foundation, against which the stream beat vehemently; and immediately it fell. And the ruin of that house was great.”

Returning to John 17, Yeshua prays for His disciples, and He also prays for those who will believe in Him unto the point of obedience later, because of the words they would write (i.e., the Renewed Covenant). Yeshua says when we believe in Him to the point of abiding humbly and in brokenness, a connection is established between us and Him. We dwell in Him, and He dwells in us, while at the same time He also dwells in the Father, and the Father dwells in Him. This is how Yeshua serves as the bridge or the link, restoring the lost connection between man and the Divine.

Yochanan (John) 17:20-23
20 “I do not pray for these alone, but also for those who will believe in Me through their word;
21 that they all may be one, as You, Father, are in Me, and I in You; that they also may be one in Us, that the world may believe that You sent Me.
22 And the glory which You gave Me I have given them, that they may be one just as We are one:
23 I in them, and You in Me; that they may be made perfect in one, and that the world may know that You have sent Me, and have loved them as You have loved Me.”

When we abide humbly and brokenly in Yeshua, we then become part of His body. The fruit of being joined to His body and being filled with His Spirit is that we will do the same things Yeshua would do if He were here, because we have His Spirit. This demands many sacrifices in the natural, but it also yields a profound sense of joy. If this kind of obedience and sacrifice seems like a burden to us, then it only goes to show that we do not yet have His Spirit as we need to.

When we love someone, we think of the things we can do for him or her, because we want to make him or her happy. It becomes a joy to spend our time, our money, and our talents on them. Instead of being annoyed that we “have to” spend our time and money on them, and be concerned for their happiness, we are joyful that we can bless the ones we love. (And, if we are not joyful like this, then we are not truly in love.)

It is one thing to believe on Yeshua, and another to be His disciple. A disciple not only believes, but also tries to do all the things Yeshua says to do, so at to build on the Rock. Again, this is not easy, but yielding to His Spirit brings a kind of shalom (peace) even in provocation and turmoil. It rests upon us because of our inward focus on Yeshua.

Because we have this inward connection with our Love, we instinctively want to pray to Him without ceasing, because we want to maintain the connection. We want to stay with Him.

Thessaloniquim Aleph (1 Thessalonians) 5:16-19
16 Rejoice always,
17 pray without ceasing,
18 in everything give thanks; for this is the will of Elohim in Messiah Yeshua for you.
19 Do not quench the Spirit.

If we do not feel this inward sense of peace, then we need to keep asking, seeking, and knocking until we get it. (This is where so many believers fail, is in failing to persevere.)

Many believers seem to think that walking with Yeshua will be easy. They seem surprised that to walk with Yeshua is a narrow and afflicted path, requiring much more than just to rest of the Sabbath and festivals.

When we abide in the Vine, we still need to obey all of Elohim’s commandments in Torah. Yet we must also be positive. We must focus intently on that which is good, rather than on the many sacrifices that are asked of us. Yet if we will do this, it will lead to that special, deep, and abiding connection that brings peace in Him, because we live in Him, and He lives in us.