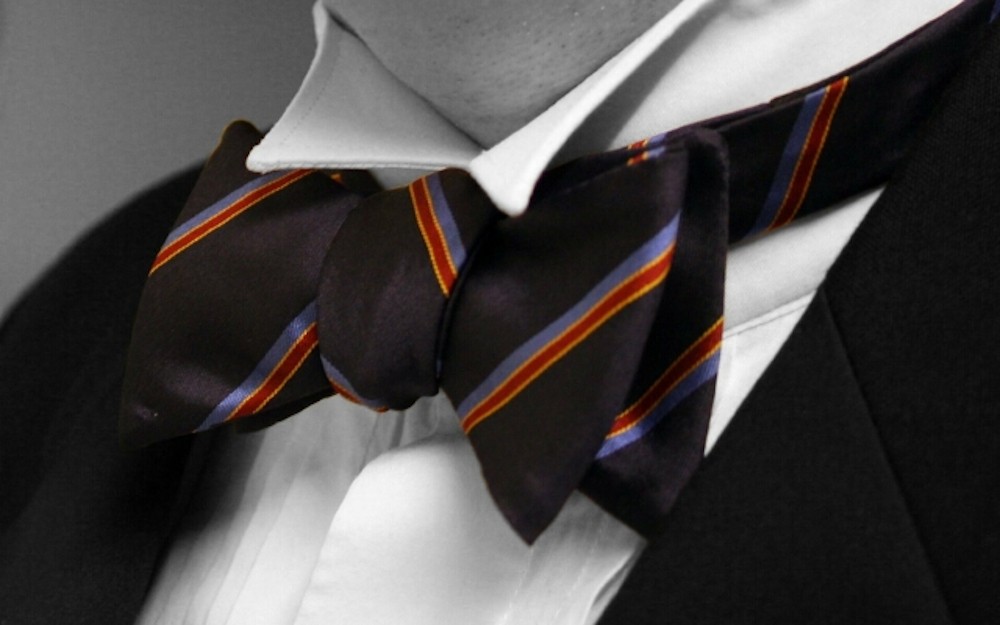 This article overturns earlier studies which concluded that the priesthood is supposed to wear a uniform, based on new information. While we will have to give a more complete article later, this article will show why the Melchizedekian priesthood should NOT wear a uniform.

I thought I had found a reference to a Melchizedekian uniform in the writings of the historian Eusebius. Around 180 CE there was a controversy about the timing of the Passover called the Quartodeciman Controversy. This is when Bishop Victor of Rome asserted the assemblies should no longer determine the date of the Passover according to the Torah, but that they should determine the date of the Passover according to the sun (as Easter is calculated). Eusebius records Polycrates’ letter to Bishop Victor, in which he says that the Apostle John fell asleep in Ephesus, and that he wore a “sacerdotal plate” as part of his duties.

“We observe the exact day; neither adding, nor taking away. For in Asia also great lights have fallen asleep, which shall rise again on the day of the Lord’s [sic] coming, when he shall come with glory from heaven, and shall seek out all the saints. Among these are Philip, one of the twelve apostles, who fell asleep in Hierapolis; and his two aged virgin daughters, and another daughter, who lived in the Holy Spirit and now rests at Ephesus; and, moreover, John, who was both a witness and a teacher, who reclined upon the bosom of the Lord [sic], and, being a priest, wore the sacerdotal plate.
He fell asleep at Ephesus.”
[Nicene and Post-Nicene Fathers: Series II‎ | Volume I‎ | Church History of Eusebius‎ | Book V]

If the Apostle John wore a sacerdotal plate in Ephesus, it seemed like this could only be part of a Melchizedekian uniform, since John was never part of the Levitical order. Based on that, I began working on a Melchizedekian uniform. However, what I did not then know was that Polycrates made some mistakes in his history. For one thing, the Philip who fell asleep in Hierapolis was not the Apostle Philip, but an evangelist named Philip who is mentioned in Acts 6:5 (and elsewhere).

Ma’asei (Acts) 6:5
5 And the saying pleased the whole multitude. And they chose Stephen, a man full of faith and the Holy Spirit, and Philip, Prochorus, Nicanor, Timon, Parmenas, and Nicolas, a proselyte from Antioch….

For another thing, the John who fell asleep at Ephesus was probably not the Apostle John, but a relative of the Levitical high priest, who is mentioned in Acts 4:5-6.

Ma’asei (Acts) 4:5-6
5 And it came to pass, on the next day, that their rulers, elders, and scribes,
6 as well as Annas the high priest, Caiaphas, John, and Alexander, and as many as were of the family of the high priest, were gathered together at Jerusalem.

Ma’asei (Acts) 4:13
13 Now when they saw the boldness of Kepha and Yochanan, and perceived that they were uneducated and untrained men, they marveled. And they realized that they had been with Yeshua.

4 “If, then, any one came, who had been a follower of the elders, I questioned him in regard to the words of the elders,-what Andrew or what Peter said, or what was said by Philip, or by Thomas, or by James, or by John, or by Matthew, or by any other of the disciples of the Lord, and what things Aristion and the presbyter John, the disciples of the Lord, say. For I did not think that what was to be gotten from the books would profit me as much as what came from the living and abiding voice.”
5 It is worth while observing here that the name John is twice enumerated by him. The first one he mentions in connection with Peter and James and Matthew and the rest of the apostles, clearly meaning the evangelist; but the other John he mentions after an interval, and places him among others outside of the number of the apostles, putting Aristion before him, and he distinctly calls him a presbyter.
6 This shows that the statement of those is true, who say that there were two persons in Asia that bore the same name, and that there were two tombs in Ephesus, each of which, even to the present day, si [sic] called John’s. It is important to notice this. For it is probable that it was the second, if one is not willing to admit that it was the first that saw the Revelation, which is extant under the name of John
THE CHURCH HISTORY OF EUSEBIUS\Book Three\Chapter 39 – The Writings of Papias\section 4\ – THE CHURCH HISTORY OF EUSEBIUS\Book Three\Chapter 39 – The Writings of Papias\section 6\

The Catholic and Eastern Orthodox churches both say Eusebius was wrong, and that the only John in Ephesus was the apostle (the son of Zebedee). The opposite point is taken by scholars such as Richard Bauckham, who tells us that John the Elder was indeed related to the high priest in Acts 6:4-5, and was a Levitical priest, but that Polycrates made the mistake of assuming that both Johns were one in the same (just as he mistook the Philip in Acts 6:5 for the Apostle Philip). There is no way to prove either argument at this point, but if Polycrates did incorrectly assume that John the Apostle and John the Elder were one in the same, then there is no support for a Melchizedekian priestly uniform from the historical record, or from Scripture (beyond the tallit). History tells us the first robes for clergy and choirs did not appear until some 400 years after Yeshua (in the Roman era). So if there was no uniform for 400 years, this also seems to support Bauckham’s thesis of two Johns.

Shemote (Exodus) 19:10-11
10 Then Yahweh said to Moshe, “Go to the people and consecrate them today and tomorrow, and let them wash their clothes.
11 And let them be ready for the third day. For on the third day Yahweh will come down upon Mount Sinai in the sight of all the people.”

While Yahweh commands a uniform for Levitical priests, He never tells the children of Israel to wear their best clothes for Him. Instead He commands them to be clean both inside and out. This is because Yahweh does not look with human eyes. He is not so concerned for our physical appearance, but for the condition of our hearts.

Shemuel Aleph (1 Samuel) 16:7
7 But Yahweh said to Samuel, “Do not look at his appearance or at his physical stature, because I have refused him. For Yahweh does not see as man sees; for man looks at the outward appearance, but Yahweh looks at the heart.”

Sometimes people say they dress up for Yahweh, but in truth they dress up for each other. This can be good, such as wanting to respect ourselves and our neighbors, or it can be negative, such as subtly dressing for status. It is alright to dress decently and respectfully, so long as we do not become showy or ostentatious, but are clothed in modesty and humility.

TimaTheus Aleph (1 Timothy) 2:9-10
9 in like manner also, that the women adorn themselves in modest apparel, with propriety and moderation, not with braided hair or gold or pearls or costly clothing,
10 but, which is proper for women professing righteousness, with good works.

Yet it is easy to get caught up in dressing for status, or status games concerning dress. Yaakov warns us not to show partiality to those who are rich and well dressed, lest we become judges with evil thoughts.

Yaakov (James) 2:2-4
2 For if there should come into your assembly a man with gold rings, in fine apparel, and there should also come in a poor man in filthy clothes,
3 and you pay attention to the one wearing the fine clothes and say to him, “You sit here in a good place,” and say to the poor man, “You stand there,” or, “Sit here at my footstool,”
4 have you not shown partiality among yourselves, and become judges with evil thoughts?

Ironically, in many churches the ethic is for the leaders to dress in the nicest suits, establishing themselves as the leaders by their visual appearance. They may claim that this is not the case, but let us compare this to the Apostle Shaul, who was poorly clothed in the natural, but richly clothed in spiritual authority.

Qorintim Aleph (1 Corinthians) 4:11
11 To the present hour we both hunger and thirst, and we are poorly clothed, and beaten, and homeless.

The ethic of “dressing up for church” is very recent. It began with the creation of the Spinning Jenny and the industrial revolution. Prior to that, the early Protestant reformers specifically spoke in favor of dressing plain, to avoid feeding the lust of the eyes.

Some assemblies want to dress up, while others do not. There can be nothing wrong with dressing respectfully, so long as we remember not to judge others by their clothes. Yeshua Himself did not have a closet of clothes, as He had no place to lay His head.

Mattityahu (Matthew) 8:20
20 And Yeshua said to him, “Foxes have holes and birds of the air have nests, but the Son of Man has nowhere to lay His head.”

There is much more we could say, but what we have seen is that while Yeshua established a Melchizedekian priesthood, there was no special uniform (beyond the commanded tallit and tzitzit). The dress code for the people was to be clean inside and out, and to wear clean clothes. While it is well and good to dress up, we should be able to hear who has authority in the Spirit, instead of respecting the authority that comes from fine clothing.