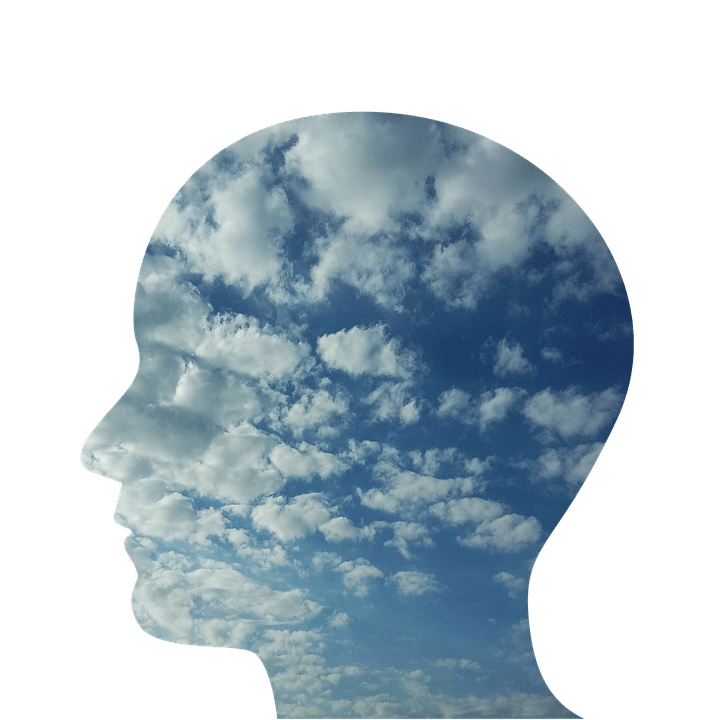 In 2 Corinthians 10, the Apostle Shaul says to take every thought into captivity to the obedience of the Messiah. What does this mean? And what does he mean in verse 6, that Elohim is ready to punish all disobedience when our obedience is fulfilled?

Qorintim Bet (2 Corinthians) 10:1-6
1 Now I, Shaul, myself am pleading with you by the meekness and gentleness of Messiah—who in presence am lowly among you, but being absent am bold toward you.
2 But I beg you that when I am present I may not be bold with that confidence by which I intend to be bold against some, who think of us as if we walked according to the flesh.
3 For though we walk in the flesh, we do not war according to the flesh.
4 For the weapons of our warfare are not carnal but mighty in Elohim for pulling down strongholds,
5 casting down arguments and every high thing that exalts itself against the knowledge of Elohim, bringing every thought into captivity to the obedience of Messiah,
6 and being ready to punish all disobedience when your obedience is fulfilled.

In the Garden, Yahweh wanted Adam and Havvah (Eve) to worship and serve Him. He wanted them to hear and obey His voice. However, Satan does not want that. Instead, Satan wants us to follow him in rebellion against Yahweh. However, Satan knows that historically, most people will not openly rebel against Yahweh, so he had to find some way to get them to turn aside from following Elohim by encouraging them to follow their thoughts, their lusts, and their desires, instead.

B’reisheet (Genesis) 3:1-6
1 Now the serpent was more cunning than any beast of the field which Yahweh Elohim had made. And he said to the woman, “Has Elohim indeed said, ‘You shall not eat of every tree of the garden’?”
2 And the woman said to the serpent, “We may eat the fruit of the trees of the garden;
3 but of the fruit of the tree which is in the midst of the garden, Elohim has said, ‘You shall not eat it, nor shall you touch it, lest you die.'”
4 Then the serpent said to the woman, “You will not surely die.
5 For Elohim knows that in the day you eat of it your eyes will be opened, and you will be like Elohim, knowing good and evil.”
6 So when the woman saw that the tree was good for food, that it was pleasant to the eyes, and a tree desirable to make one wise, she took of its fruit and ate. She also gave to her husband with her, and he ate.

Havvah saw that the tree was good for food, meaning it appealed to her flesh. It was also pleasant to the eyes. Further, it was desirable to make one wise. This appeals to human pride (i.e., the ego). Yochanan (John) tells us that all that is in the world is of these three things.

So how can we avoid falling prey to the temptations of our flesh, our eyes, and human pride? Scripture tells us that the solution is to stay with Elohim (as lust and pride are not able to exist in His presence). One way to stay with Elohim is to listen for His voice (and not harden our hearts to what it says to us).

Ivrim (Hebrews) 4:7
7 again He designates a certain day, saying in David, “Today,” after such a long time, as it has been said: “Today, if you will hear His voice, Do not harden your hearts.”

We can also stay with Elohim by seeking His face.

We can also stay connected with Yahweh by “setting Him at our right hand.”

Tehillim (Psalms) 16:8
8 I have set Yahweh always before me; Because He is at my right hand I shall not be moved.

In a perfect world it would be easy to stay with Yahweh. However, it is not a perfect world: it is a fallen one. Many things seek to take our focus off Him. These are like the wind and the waves of a storm.

Mattityahu (Matthew) 14:24-32
24 But the boat was now in the middle of the sea, tossed by the waves, for the wind [the spirit] was contrary.
25 Now in the fourth watch of the night Yeshua went to them, walking on the sea.
26 And when the disciples saw Him walking on the sea, they were troubled, saying, “It is a ghost!” And they cried out for fear.
27 But immediately Yeshua spoke to them, saying, “Be of good cheer! It is I; do not be afraid.”
28 And Kepha answered Him and said, “Adon, if it is You, command me to come to You on the water.”
29 So He said, “Come.” And when Kepha had come down out of the boat, he walked on the water to go to Yeshua.
30 But when he saw that the wind was boisterous, he was afraid; and beginning to sink he cried out, saying, “Adon, save me!”
31 And immediately Yeshua stretched out His hand and caught him, and said to him, “O you of little faith, why did you doubt?”
32 And when they got into the boat, the wind ceased.

Many times in life, the wind (the spirit) is contrary, and a storm is against us. However, when we stay focused on Yeshua we can “walk on the water,” meaning we can do things that we ordinarily could not, because His favor is with us. However, when we take our eyes off Yeshua (and lose contact with Elohim) we begin to sink, because we are no longer in connection with Him.

Life would be much easier if there were no contrary spirits, and no storms. While our flesh may yearn for that, we should always rejoice when the spirits and storms of life come against us, because Yahweh designed life as a test, to prove us, and to know what is in our hearts, whether we will keep His commandments (or not). He does this to know if He wants to adopt us as sons!

Devarim (Deuteronomy) 8:1-5
1 “Every commandment which I command you today you must be careful to observe, that you may live and multiply, and go in and possess the land of which Yahweh swore to your fathers.
2 And you shall remember that Yahweh your Elohim led you all the way these forty years in the wilderness, to humble you and test you, to know what was in your heart, whether you would keep His commandments or not.
3 So He humbled you, allowed you to hunger, and fed you with manna which you did not know nor did your fathers know, that He might make you know that man shall not live by bread alone; but man lives by every word that proceeds from the mouth of Yahweh.
4 Your garments did not wear out on you, nor did your foot swell these forty years.
5 You should know in your heart that as a man chastens his son, so Yahweh your Elohim chastens you.

Yahweh loves us so much that He sent His Son to die for us, to help us succeed. All we need is to abide in Yeshua, and Yeshua will abide in His Father. Abiding in Yeshua restores the favor that was lost at the time of man’s fall from favor, and this favor is worth more than any trial.

Keeping His commands means we take an active part in building His unified kingdom. However, for a variety of reasons, most believers will not do this. Some forget, some fall away at persecution, and some are overcome by the worries and anxieties of life and gathering wealth.

Whatever thoughts keep us from helping to build His kingdom, we need to take these thorny thoughts captive, so we can obey the Messiah.

Qorintim Bet (2 Corinthians) 10:1-6
1 Now I, Shaul, myself am pleading with you by the meekness and gentleness of Messiah—who in presence am lowly among you, but being absent am bold toward you.
2 But I beg you that when I am present I may not be bold with that confidence by which I intend to be bold against some, who think of us as if we walked according to the flesh.
3 For though we walk in the flesh, we do not war according to the flesh.
4 For the weapons of our warfare are not carnal but mighty in Elohim for pulling down strongholds,
5 casting down arguments and every high thing that exalts itself against the knowledge of Elohim, bringing every thought into captivity to the obedience of Messiah,
6 and being ready to punish all disobedience when your obedience is fulfilled.

Verse 6 says that we do not need to worry about building Him a kingdom in our own power and strength. Rather, we just need to hear and obey His voice, and do what He commands us to do in Scripture—and if we will do that, He will take care of the rest, in His perfect way, and in His perfect time.

Many contrary spirits and waves will come against the faithful few, but if we will put on the full armor of Elohim, and take joy in our trials, He will deliver us out of them all.

Tehillim (Psalms) 34:19
19 Many are the afflictions of the righteous, But Yahweh delivers him out of them all.

Some people mistakenly believe this means we are not supposed to think at all. That is incorrect. Yahweh gives us brains, He wants us to use them for Him. Only, we are to use them productively, and not to waste energy on worrying. Instead of worry and stress, we can focus on our breathing (which is one way to focus on our spirit). This is a discipline and requires diligence on our parts—but that is the life a disciple. As disciples, we don’t have time for unproductive worries arising from a lack of trust in Elohim. Instead we should rejoice at our election.

Philipim (Philippians) 4:4-7
4 Rejoice in Yahweh always. Again I will say, rejoice!
5 Let your gentleness be known to all men. Yahweh is at hand.
6 Be anxious for nothing, but in everything by prayer and supplication, with thanksgiving, let your requests be made known to Elohim;
7 and the peace of Elohim, which surpasses all understanding, will guard your hearts and minds through Messiah Yeshua.

It takes great trust in Yahweh to take our worries and cares captive, so we can work together to build Yeshua’s kingdom. That is why Yahweh gives such great shalom to those who discipline themselves to do this, in that it shows our love for Him and His Son.