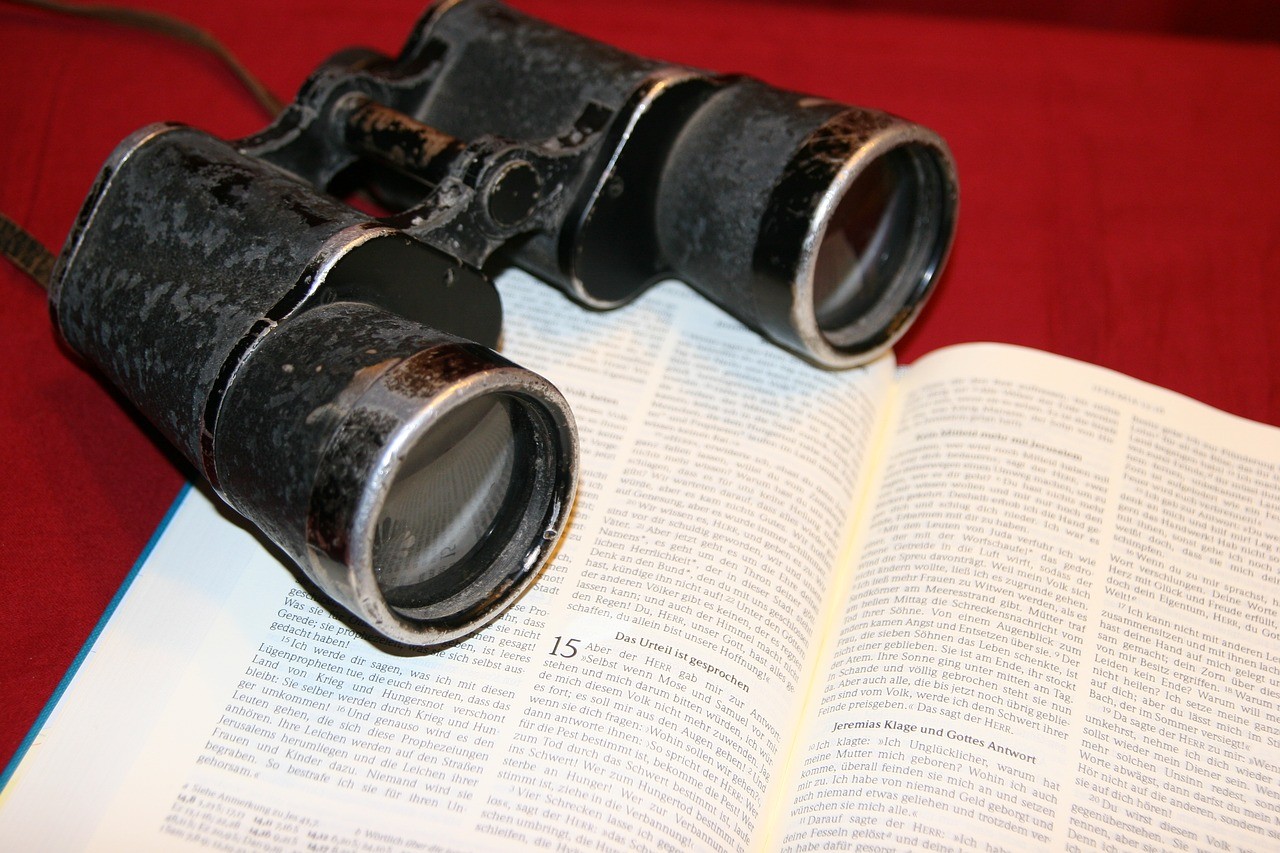 Sometimes people want to know my vision for Nazarene Israel, so they can understand not only where we are, but also where we are headed.

Mishle (Proverbs) 29:18
18 Where there is no vision, the people perish: but he that keeps the Torah, happy is he.

When Yahweh first called me to service in 1999, I asked Him what the focus of the ministry should be. He showed me Jude 3, which tells us to contend earnestly for the faith that was once for all delivered to the saints.

But the question was, what is this faith that was once for all delivered to the saints? And how are we supposed to contend for it in earnest?

Even back in 1999, what seemed intuitive was that Yeshua and His disciples were Second Temple period Jews, and they practiced Second Temple period Judaism. Only, they rejected the rabbinical order, and replaced it with a renewed Melchizedekian order. So, it seemed like we had to learn to practice Judaism, and to remove anything rabbinical. Back in 1999, the big question was how do we do that? How can we recognize what is of Babylon, and what is not? And how do we re-establish Yeshua’s Melchizedekian order?

In the mid 2000’s there was another challenge. Several Ephraimites were asking why we could not just start with the Torah and move forward from there, because (after all) we are of Ephraim (and not Judah)? It seemed like a very compelling argument, and to make a long story short I decided to investigate it. Now, after many years of research, my studies have led me back to my original conclusion, which is that we are to follow the synagogue style of worship that was given to Judah. This is because Yahweh gave the adoption and the worship service to Judah to maintain, while Ephraim is off in the nations.

Romim (Romans) 9:3-4
3 For I could wish that I myself were accursed from Messiah for my brethren, my countrymen according to the flesh,
4 who are Israelites, to whom pertain the adoption, the glory, the covenants, the giving of the Torah, the [worship] service of Elohim, and the promises…

I understand the Ephraimite desire to maintain our own identify apart from Judah. After all, Ephraim (and those of Judah joined to him) is the bride. However, the way we get to be part of the bride is to abide in Yeshua, who is Jewish. That is why verse 4 says the adoption belongs to Judah. That is also why the wild Ephraimite branches must be grafted into the Jewish Root (Yeshua).

Romim (Romans) 11:16-18
16 For if the firstfruit is set-apart, the lump is also set-apart; and if the root is set-apart, so are the branches.
17 And if some of the branches were broken off, and you, being a wild olive tree, were grafted in among them, and with them became a partaker of the root and fatness of the olive tree,
18 do not boast against the branches. But if you do boast, remember that you do not support the root, but the root supports you.

As we explain in other places, right now we Ephraimites need to abide in our Jewish Messiah Yeshua, and later our tribal affiliations will be re-assigned according to the location we settle into, in the land (see Ezekiel 47 & 48). Yahweh will handle that when the time comes, so right now what we need to concern ourselves with much more than tribal affiliation is being good and faithful disciples for Yeshua, as the promises are not to the believers, but to the disciples (i.e., the collaborators).

We are also in a much better position today, having done the additional years of research. Today we have a library of materials to serve as the foundation for our future yeshiva (i.e., seminary). Yahweh has also blessed us with the knowledge of how to re-establish the original Melchizedekian order, complete with a code of congregational discipline, so we can exclude the wolves (and other predators) and safeguard the sheep.

Sometimes brothers ask what the Melchizedekian order should look like. The worship service itself should look like a Jewish synagogue service (because the service was given to Judah), but without any graven images (such as hexagrams or crosses, etc.). There are a few small changes that need to be made to the siddur, to clean it up (but not many), and we hope to publish a clean siddur as Yahweh provides the time.

There should also be no rabbis (“great ones”). Instead of rabbis, the assemblies should be led by the spiritual elders of the city, who gather together to glorify Yeshua’s name, and lift Him up to the people in their area. This calls for volunteerism among the disciples.

As we show in Torah Government and Acts 15 Order, the congregations are not supposed to be independent. Rather, they are to be connected by the Melchizedekian priesthood. Sometimes brothers ask what the priesthood should look like once it is set up, the answer is that while the assemblies should look like a Jewish synagogue, the priesthood should look a lot like the Catholic priesthood (but without uniforms). This is hard for many Ephraimites to hear, because we have been oppressed by the church system, and because the church system is of Babylon, and we are told to flee Babylon.

Hitgalut (Revelation) 18:4
4 And I heard another voice from heaven saying, “Come out of her, my people, lest you share in her sins, and lest you receive of her plagues.”

The restoration will be harder because we are coming into the end times, and there will be increasing levels of persecution. However, Yahweh will make a way for those who obey His commandments, and who love their brothers in truth. This is because He promises to protect the assembly of Philadelphia (which means “brotherly love”) from the hour of trial that will come upon the earth.

Hitgalut (Revelation) 3:7-10
7 “And to the messenger of the assembly in Philadelphia [brotherly love] write, ‘These things says He who is set-apart, He who is true, “He who has the key of David, He who opens and no one shuts, and shuts and no one opens”:
8 “I know your works. See, I have set before you an open door, and no one can shut it; for you have a little strength, have kept My word, and have not denied My name.
9 Indeed I will make those of the synagogue of Satan, who say they are Jews and are not, but lie — indeed I will make them come and worship before your feet, and to know that I have loved you.
10 Because you have kept My command to persevere, I also will keep you from the hour of trial which shall come upon the whole world, to test those who dwell on the earth.”

The most challenging part of all this will be to establish clean assemblies. To help this situation, Nazarene Israel is working on broadcasts for the believers, and a new website to tie all the disciples (collaborators) together, according to the doctrines we have learned in our studies of the past twenty years. Right now, the plan is to broadcast the Hebrew synagogue liturgy on Shabbat, and the new moons, and festivals, along with a message based on the weekly Torah portion. This is to satisfy Acts 15, which calls for the weekly Torah portion to be read.

We plan to make the evangelical broadcasts free and open to all, while the more advanced messages will be for the disciples (collaborators).

It is not an easy situation, but Yahweh gives more favor. My prayer is that Elohim will use the broadcasts to reach out to the lost and the scattered and bring them to the truth. Further, we hope it will provide an incentive for the true disciples to come together, so that when we are finally pushed underground there will be networks for the disciples to help each other survive. We know Yahweh is perfectly in charge of all things, so if we will do all we can, He will do the rest.

I hope this helps to explain in a few words what the plan is, and how Nazarene Israel is trying to re-establish the correct Melchizedekian order, which will rule and reign over the nations after Armageddon. One of the benefits of this plan is that once it is set up, it will allow for more than just “one-man-band” ministries but will re-establish Yeshua’s ministry (which all true disciples should be helping).

May Yahweh bless and keep us all.