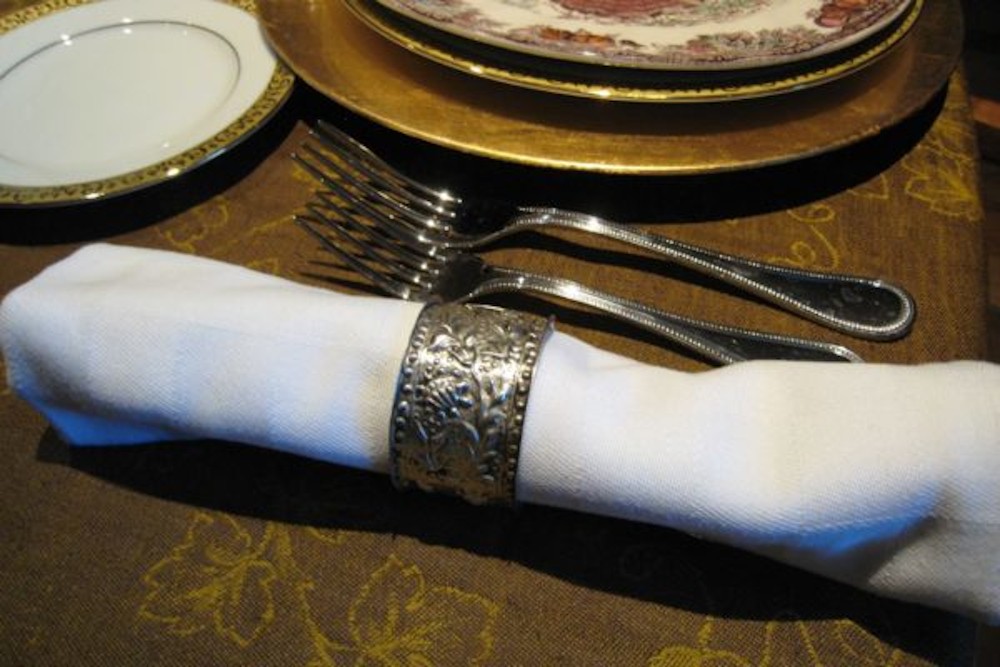 If our good heavenly Father should bless you with the opportunity to dine in a Jewish home, a knowledge of Jewish custom may be helpful. Here is how Yeshua handled matters of table etiquette.

In Jewish etiquette, if one has enjoyed the fellowship meal (and would like to return if invited), the custom is to fold one’s napkin neatly, and place it to the side of one’s setting. If we reread about Yeshua’s Resurrection with this in mind we can see how Yeshua observed this etiquette even in his death and new life.

To begin with, Yeshua tells us that He is the bread of life.

Yochanan (John) 6:48-58
48 “I am the bread of life.
49 Your fathers ate the manna in the wilderness, and are dead.
50 This is the bread which comes down from heaven, that one may eat of it and not die.
51 I am the living bread which came down from heaven. If anyone eats of this bread, he will live forever; and the bread that I shall give is My flesh, which I shall give for the life of the world.”
52 The Jews therefore quarreled among themselves, saying, “How can this Man give us His flesh to eat?”
53 Then Yeshua said to them, “Most assuredly, I say to you, unless you eat the flesh of the Son of Man and drink His blood, you have no life in you.
54 Whoever eats My flesh and drinks My blood has eternal life, and I will raise him up at the last day.
55 For My flesh is food indeed, and My blood is drink indeed.
56 He who eats My flesh and drinks My blood abides in Me, and I in him.
57 As the living Father sent Me, and I live because of the Father, so he who feeds on Me will live because of Me.
58 This is the bread which came down from heaven — not as your fathers ate the manna, and are dead. He who eats this bread will live forever.”

Later, at the Last Supper, Yeshua took bread, and gave it to His disciples, telling them to partake of it.

Mattityahu (Matthew) 26:26-29
26 And as they were eating, Yeshua took bread, blessed and broke it, and gave it to the disciples and said, “Take, eat; this is My body.”
27 Then He took the cup, and gave thanks, and gave it to them, saying, “Drink from it, all of you.
28 For this is My blood of the new covenant, which is shed for many for the remission of sins.
29 But I say to you, I will not drink of this fruit of the vine from now on until that day when I drink it new with you in My Father’s kingdom.”

In Jewish (and Middle Eastern) etiquette, when one eats with someone, they are forever to be friends, and not attack each other from that point forward. This is one more reason why the sin of Yehudah (Judas Iscariot) was so great, is that it transgressed all societal and cultural expectations.

Yochanan (John) 13:18
18 “I do not speak concerning all of you. I know whom I have chosen; but that the Scripture may be fulfilled, ‘He who eats bread with Me has lifted up his heel against Me.’”

After the Last Supper came the crucifixion, and then the resurrection—but what was it that the other disciple saw, and believed?

Nothing in the inspired word of Elohim is there either on accident, or for light-reading purposes. Therefore, could it be that by properly folding the napkin that had covered the Bread of Life, and placing it at the side of His setting in the tomb, that Yeshua signaled to His disciples that He had enjoyed His Last Supper with them; and that He would gladly come again to them, if He were invited?