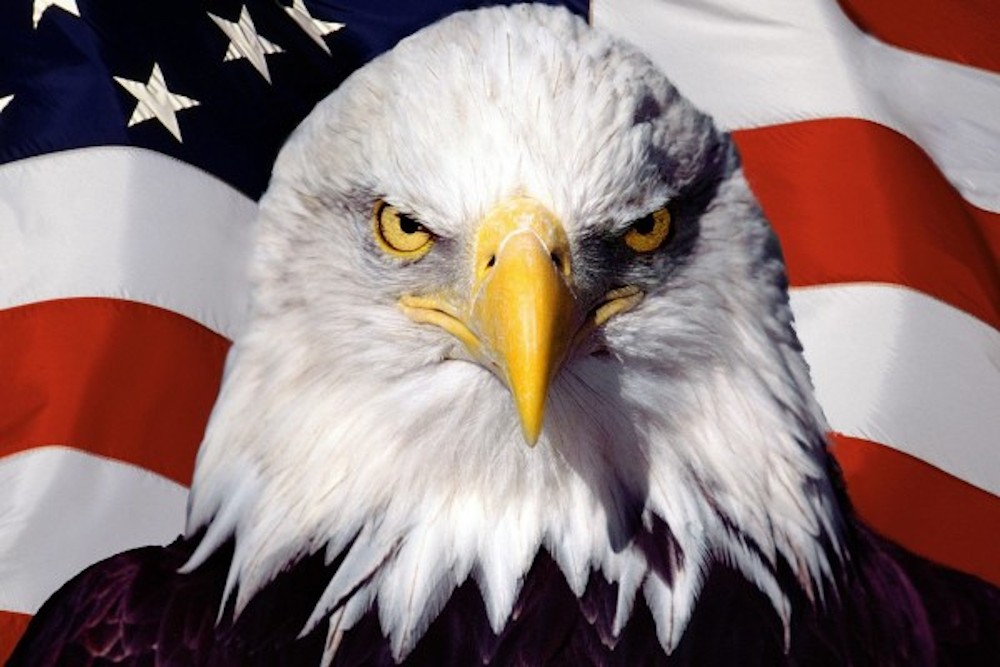 In Nazarene Israel we saw that Satan is a deceiver, and that his main tactic is to create substitutes (decoys) for the truth. We also saw how the anti-Messiah is not so much someone who fights against the Messiah, but is a replacement for the Messiah (i.e., a substitute Messiah).

In Torah Government v2 we saw how there are three main Babylonian faiths: Christianity, rabbinic Judaism, and Islam. All of these seek to establish a substitute for the Abrahamic faith. We also saw how the Roman Empire descends from Babylon, and how the Roman church descends from the Roman Empire. Not only did Babylonian Rome strike the Good Shepherd (Yeshua), but it also replaced His priesthood with a false one, so they will be unable to protect His sheep.

Scattering the sheep is easy. The Babylonian church has only to teach a substitute for the original faith, that is easier to keep than the original faith. The vast majority (to whom absolute truth is not absolutely important) will gravitate toward one of these substitute faiths. In this way, the body of Messiah becomes divided.

In “Volunteerism and Spiritual Adulthood” (in Nazarene Scripture Studies, Volume 3), we saw how Christianity and Messianism are like phases that school children pass through, on their way to spiritual maturity. We liken Catholicism to kindergarten (in that not much truth is taught, but the children learn to sit, and play nice). We liken Protestantism to high school (where students learn a little more truth, and have more independence, but there is also more fractiousness). Messianism we liken unto college. The students create their own course schedules, and pursue their own interests, but there is relatively little cohesiveness or “class spirit.” As a result, they don’t yet have much unity (which is a requirement of the Great Commission).

Why does the Great Commission require unity? In Torah Government v2 we saw how there are three main offices of leadership: the kingship, the priesthood, and the office of the prophet. Originally the patriarchs fulfilled all three offices, but because Yahweh likes division of labor and task specialization, these three offices slowly became separate offices—yet they all still had to work together, as three parts of the same integrated whole.

In Revelation and the End Times we show how the kings of Europe maintained power only by pleasing the pope. If the Christian kings displeased the pope, the pope would excommunicate them, and the people would no longer obey him. This lasted for the 1,260 years of the captivity of Daniel 7:25, after which time the Protestant Christians chose to break free from the pope.

Daniel 7:25
25 He shall speak pompous words against the Most High, shall persecute the saints of the Most High, and shall intend to change times and Torah. Then the saints shall be given into his hand for a time and times and half a time [1,260 years].

In Revelation and the End Times we saw the role of the red horse, which represents democracy, populism, and obedience to majority opinion (as opposed to Yahweh’s word). When the 1,260 years of Daniel 7 came to an end, the red horse was given new powers, which led to two major developments. First, Protestants sought to break free from the papacy. Second, Christian separatists sought to break free from their Christian kings, and establish new democratic republics, based on popular [red horse] rule. This led to the American Revolution of 1776, and the rise of the Blackhorse-controlled New World Order, of which America is a chief agent. 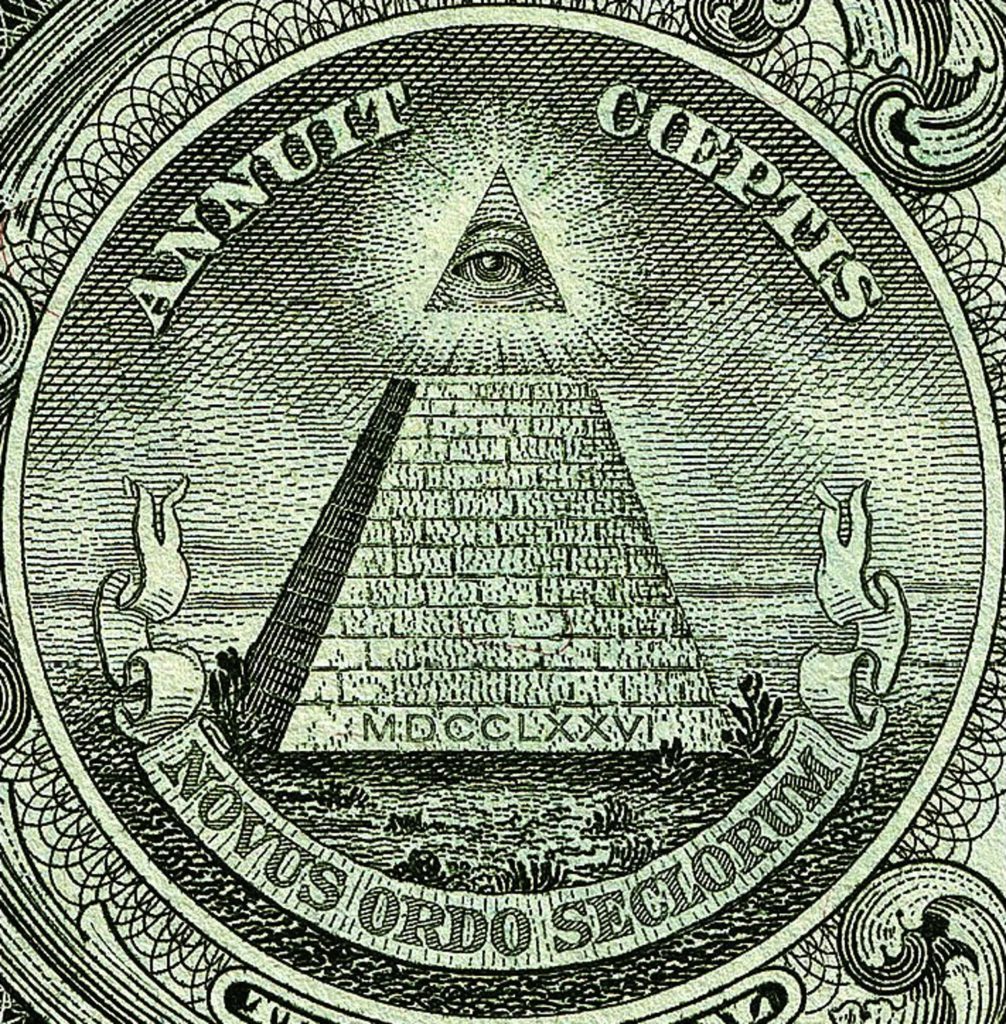 As we show in Revelation and the End Times, the black horse represents the Illuminati and Zionist money power (which is predominantly Jewish). The Blackhorse has always controlled the Redhorse, due to the inherent power and influence that money exerts on the political process. This does not have to be a conscious thing (at least not at the lower levels). It is just a simple fact that elected officials need lots of money in order to win their elections, and savvy business owners are able to give large sums to all political candidates. Hence, they have strong influence and control over whoever takes office.

But it goes deeper than that. As we show in the Revelation study, the Blackhorse Illuminati also controls the Redhorse Freemasons (who in turn control most world governments, including the courts and schools). Further, the Blackhorse owns most major media outlets outright. In other words, they are the storytellers of society, and they are in a unique position to influence what successive generations of voters are told.

Many American Christians celebrate their independence from the (Whitehorse) Christian King George on July 4, because they do not realize this date was chosen for occult reasons. July 4 falls 13 days after the Summer Solstice, which the Freemasons call the Day of Lithia. It also falls 66 days after the Festival of Beltane on April 30, which is the highest holy day on the Druidic witch’s calendar. All these things have great significance in witchcraft. However, what we need to see here is that the Redhorse exalts the American Revolution because it ushered in a separation of church and state. That is, the kingship became separated from the priesthood.

The Blackhorse and Redhorse storytellers of society teach the American children to think of the separation of church and state as a good thing. This Redhorse attitude is framed in positive terms, like “Freedom of speech, and freedom from tyranny.” Many Christians agree, because in breaking away from the Whitehorse Christian King George, they also broke from the papacy. However, all they truly managed to do was to become subservient to the Blackhorse Illuminati (which controls the money and also the Redhorse Freemasons, who control most operations of government). So what really happened on July 4 was that the Christians traded in their Whitehorse master for a new Blackhorse master, who operates through his Masonic Redhorse puppets.

And worse, the Christians divided Yeshua’s body, and codified this division into law.

Yahweh is one (united), and His name one.

In Hebrew, the word one is echad, and it refers not so much to the number one as it does to the condition of being united (or unified).

If Elohim is one, then He wants His nation to be one, as well. That is, He wants the kingship, the priesthood, and the prophet all to work together, to lead His people in His pathways. That is the only way His people can be one (and at one with Him).

If we are Yeshua’s body, and our priesthood is divided against the kingship, then how can Yeshua’s body ever unite? While Christians, Messianics, and atheists may celebrate such divisions, Nazarene Israelites realize that we are not to worship divisions! Rather, we must worship and serve Yeshua, who tells us to be one unified nation, with all three offices inside of us.

What does it mean that we are to have all three offices inside of us, even though we are living in the dispersion?

Babylonian Christians and Messianics often self-identify with the nations into which they are exiled. For example, they may think of themselves as being South African Christians, or American Messianics. They may also take democratic elections to heart, not realizing that democracy is the red horse of Revelation, which leads to death and destruction.

Hitgalut (Revelation) 6:4
4 Another horse, fiery red, went out. And it was granted to the one who sat on it to take peace from the earth, and that people should kill one another; and there was given to him a great sword.

They may get excited about democratic elections, not realizing that we are not called to elect our leaders but to rally behind Yeshua’s priesthood, conduct the Great Commission, and spread the belief in Him worldwide.

In contrast, Nazarene Israelites understand that until we are called home, the nations into which we are exiled are not truly our homes. Rather, while we are to obey the governments appointed over us (as long as they do not tell us to deny our faith), they are given to us not as our legitimate representative government, but rather, as our jailers (as it were).

Romim (Romans) 13:1-7
1 Let every soul be subject to the governing authorities. For there is no authority except from Elohim, and the authorities that exist are appointed by Elohim.
2 Therefore whoever resists the authority resists the ordinance of Elohim, and those who resist will bring judgment on themselves.
3 For rulers are not a terror to good works, but to evil. Do you want to be unafraid of the authority? Do what is good, and you will have praise from the same.
4 For he is Elohim’s minister to you for good. But if you do evil, be afraid; for he does not bear the sword in vain; for he is Elohim’s minister, an avenger to execute wrath on him who practices evil.
5 Therefore you must be subject, not only because of wrath but also for conscience’ sake.
6 For because of this you also pay taxes, for they are Elohim’s ministers attending continually to this very thing.
7 Render therefore to all their due: taxes to whom taxes are due, customs to whom customs, fear to whom fear, honor to whom honor.

After Armageddon, when Yahweh calls us home, we will no longer be under a jailer. At that time, Yahweh will help us form a righteous government that pleases Him. In the meantime, He wants us to unify, and conduct the Great Commission.

If we are His people, why should we exult the rise of the red horse, or celebrate a separation of the kingship and the priesthood? What does this do for Him?