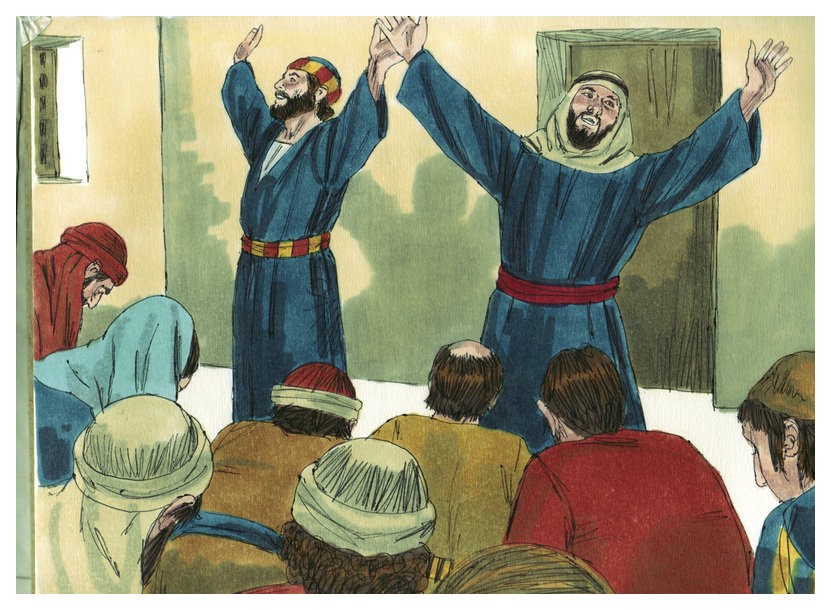 As we explained in Fulfilling the Great Commission and in Nazarene Israel v4, the congregations are not to be led by rabbis, or pastors, but by congregational elders. These elders are appointed by the apostles.

The way it works is that an apostle goes to a city or town, to find out who is worthy in that town.

Mattityahu (Matthew) 10:13-15
13 “If the household is worthy, let your shalom come upon it. But if it is not worthy, let your shalom return to you.
14 And whoever will not receive you nor hear your words, when you depart from that house or city, shake off the dust from your feet.
15 Assuredly, I say to you, it will be more tolerable for the land of Sodom and Gomorrah in the Day of Judgment than for that city!”

We discuss the role of the elders in more detail in Fulfilling the Great Commission, but Shaul gives Titus a list of qualifications. Basically, while an elder does not need to know everything, he does need to be able to teach, and to give the people a good example of how to raise up their families in the way they should go.

Titus 1:5-9
5 For this reason I left you in Crete, that you should set in order the things that are lacking, and appoint elders in every city as I commanded you —
6 if a man is blameless, the husband of one wife, having faithful children not accused of dissipation or insubordination.
7 For a bishop [elder] must be blameless, as a steward of Elohim, not self-willed, not quick-tempered, not given to wine, not violent, not greedy for money,
8 but hospitable, a lover of what is good, sober-minded, just, set apart, self-controlled,
9 holding fast the faithful word as he has been taught, that he may be able, by sound doctrine, both to exhort and convict those who contradict.

The relationship between the priesthood and the elders is similar to the British army regimental system. The elders are like NCO’s (sergeants) who stay with the same unit their entire career, while the officers rotate through. 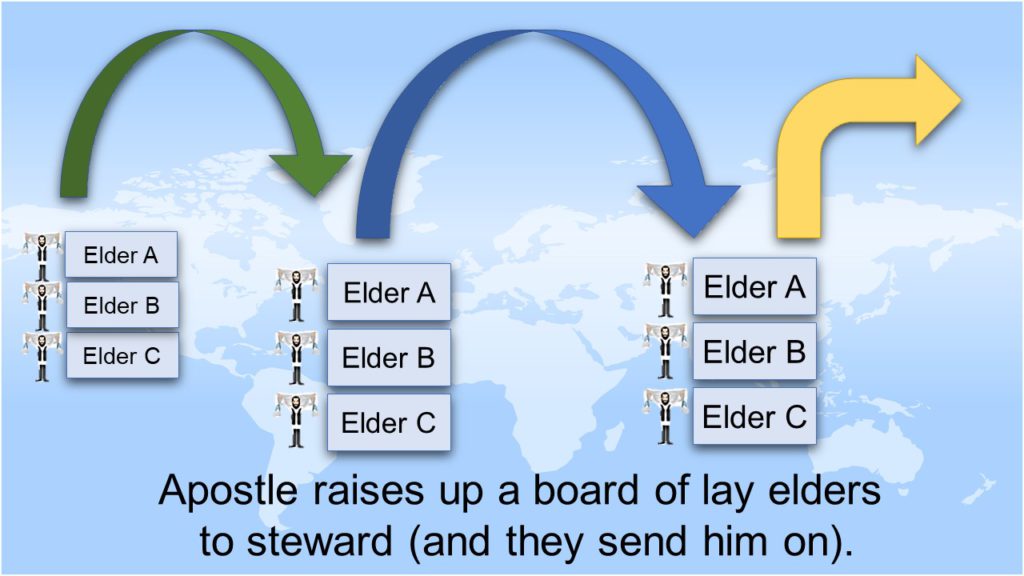 In Fulfilling the Great Commission we show how the fivefold priests are not allowed to have an inheritance.

This is similar to how the Levitical priesthood was not allowed to have an inheritance.

In contrast, congregational elders may have jobs, and they may also pass an inheritance along to their children. However, part of their duties in setting a good example for the people is that they should support the priesthood joyfully with their tithes, gifts, and voluntary offerings. Since they are in positions of leadership, they need to set the example for others to follow.

Qorintim Bet (2 Corinthians) 9:1-15
1 Now concerning the ministering to the saints, it is superfluous for me to write to you;
2 for I know your willingness, about which I boast of you to the Macedonians, that Achaia was ready a year ago; and your zeal has stirred up the majority.
3 Yet I have sent the brethren, lest our boasting of you should be in vain in this respect, that, as I said, you may be ready;
4 lest if some Macedonians come with me and find you unprepared, we (not to mention you!) should be ashamed of this confident boasting.
5 Therefore I thought it necessary to exhort the brethren to go to you ahead of time, and prepare your generous gift beforehand, which you had previously promised, that it may be ready as a matter of generosity and not as a grudging obligation.
6 But this I say: He who sows sparingly will also reap sparingly, and he who sows bountifully will also reap bountifully.
7 So let each one give as he purposes in his heart, not grudgingly or of necessity; for Elohim loves a cheerful giver.
8 And Elohim is able to make all grace abound toward you, that you, always having all sufficiency in all things, may have an abundance for every good work.
9 As it is written: “He has dispersed abroad, He has given to the poor; His righteousness endures forever.”
10 Now may He who supplies seed to the sower, and bread for food, supply and multiply the seed you have sown and increase the fruits of your righteousness,
11 while you are enriched in everything for all liberality, which causes thanksgiving through us to Elohim.
12 For the administration of this service not only supplies the needs of the saints, but also is abounding through many thanksgivings to Elohim,
13 while, through the proof of this ministry, they glorify Elohim for the obedience of your confession to the Good News of Messiah, and for your liberal sharing with them and all men,
14 and by their prayer for you, who long for you because of the exceeding grace of Elohim in you.
15 Thanks be to Elohim for His indescribable gift!

When the congregation grows to the point that he elder needs to work full time at the ministry, he can also be supported by the people’s tithes, gifts, and offerings. However, otherwise, the funds can be used for other purposes (such as missions, taking care of the poor, widows, and orphans, etc.).