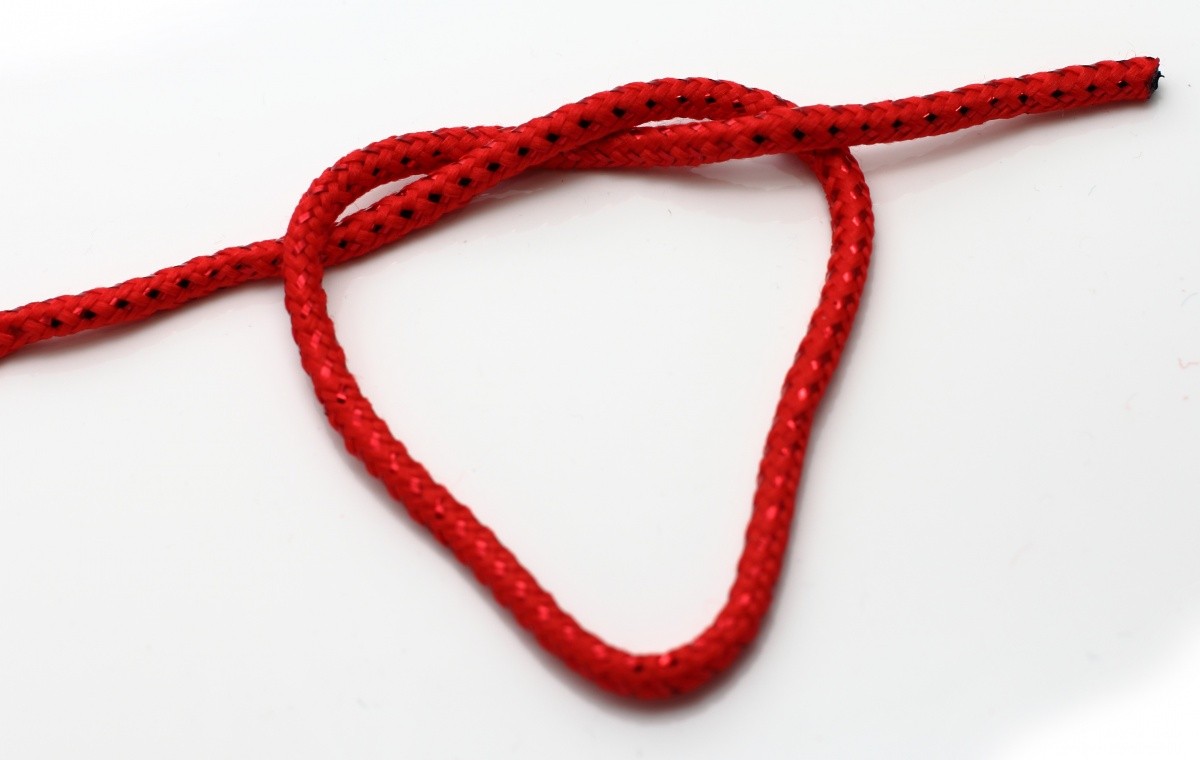 It is important that we love our brothers in Judah. While we do have some differences with them, and while we are presently denied an ability to live in the land of Israel, we need always to show our Jewish brothers the kind of love that we would like to be shown. If we ever lose sight of this, then we have lost sight of the Torah.

Mattityahu (Matthew) 7:12
12 “Therefore, whatever you want men to do to you, do also to them, for this is the Torah and the Prophets.”

Judah has blocked us out of the land, and continues to deny us the ability make Aliyah (immigration). Yet, when someone else does us wrong, that does not give us an excuse to do them wrong, or to hate them. Two wrongs just don’t make a right. They never have, and never will.

In Nazarene Israel and Revelation and the End Times, we show how there are two houses of Israel: Ephraim and Judah. We also show that at the time of this writing, the bulk of Ephraim is still essentially lost in the replacement-theology church system (which tells them that the church has replaced Judah). This is tragic because it leads many in Ephraim to hate and disparage their Jewish brothers. This is not pleasing to our Father, who loves both of His children very much.

To those of you who are fathers, how do you like it when your children do mean things to each other? And does it matter to you if they allegedly have excuses?

Many of our Jewish brothers simply do not know who their Messiah is. This is because our heavenly Father Yahweh has not revealed it to them yet. He will, in His perfect time.

Hitgalut (Revelation) 14:12
12 Here is the patience of the saints; here are those who keep the commandments of Elohim and the faith of Yeshua.

This verse tells us that the saints are those who keep both Yahweh’s commandments and the faith of Yeshua. Part of keeping the faith of Yeshua is not to do wrong. It is not to do evil to anyone, even if they have done evil to us. It will be a great day when all in Ephraim understand this, for we also have done many evil and awful things to the Jews. Just like two children with a feud, or like the Hatfields and the McCoys, we find reasons or excuses to do each other evil. It has to stop somewhere, and we are the only people whose behavior we can control.

Every Ephraimite and Jew who does not diligently seek to walk in the fullness of truth is not presently in covenant; yet they still have an opportunity to redeem themselves, due to Yahweh’s eternal favor and mercy. This irony was not lost on Yeshua or the apostles, which is why some passages describe both Ephraim and Judah as being part of Israel, while other passages say they have been (temporarily) cut off.

Romim (Romans) 9:1-5
1 I tell the truth in Messiah, I am not lying, my conscience also bearing me witness in the Set-apart Spirit,
2 that I have great sorrow and continual grief in my heart.
3 For I could wish that I myself were accursed from Messiah for my brethren, my countrymen according to the flesh,
4 who are Israelites, to whom pertain the adoption, the glory, the covenants, the giving of the Torah, the service of Elohim, and the promises;
5 of whom are the fathers and from whom, according to the flesh, Messiah came, who is over all, the eternally blessed Elohim. Amein.

In “Yahweh’s Heart in Marriage” (included in Covenant Relationships), we show that Yahweh treats divorce as a temporary condition. It is never permanent. While He may have sent Ephraim away and given her a bill of divorcement, she remains His wife by covenant. The divorce is only intended to last until she repents, and we can assume that whatever disfavor brother Judah has in Yahweh’s eyes is also temporary. While Yahweh may have to turn His favor away from us temporarily in order to get us to comply with His wishes, He never abandons His people completely. To do so would be contrary to His nature.

Is there ever a time when we stop loving those who come forth from our loins? Sadly, some of us have stopped loving our children, but Yahweh says that He will never do this. He loves His children always, and is always ready to take us back when we repent, and begin to do right.

Yeshayahu (Isaiah) 49:15
15 “Can a woman forget her nursing child, And not have compassion on the son of her womb? Surely they may forget, yet I will not forget you.”

Judah has done wrong to Ephraim, and Ephraim has done wrong to Judah; yet it amazes me when people try to say that our Jewish brethren are not really Jews saying that true Jews are really either black, or British, or non-Ashkenazi. We show how these arguments do not work both in the Nazarene Israel study, and in other places.

Another argument that Ephraimites sometimes make is that “the Jews are not truly Jewish because they are actually Russian Khazars.” It is true that many Khazars (and Germans, French, Arabs, etc.) did graft into Judah over the centuries, but this argument has no bearing whatsoever on their status as Israelites because, as we will see below, Israelite identity has never been established by genetics, but rather by practice of our faith.

Citizenship in the nation of Israel has always been spiritual, rather than racial (or genetic). It does not depend on one’s ancestry (or on the color of one’s skin), but on allegiance to Yahweh (and His Son). This is why, even though Ruth had originally been a Moabitess, she was considered an Israelite from the moment she gave her allegiance to Yahweh.

Root (Ruth) 1:16
16 But Root said:
“Entreat me not to leave you,
Or to turn back from following after you;
For wherever you go, I will go;
And wherever you lodge, I will lodge;
Your people shall be my people,
And your Elohim, my Elohim.”

Yahweh does not care about the flesh, but the heart. When Ruth converted, she was no longer thought of as a Moabitess; and King David came from her lineage only two generations later.

Yochanan HaMatbil (John the Immerser) told the Pharisees not to boast in their genetics, or to say, “We have Avraham (Abraham) as our father,” because Yahweh does not want anyone to glory in their flesh. He wants us to show fruits worthy of repentance.

Luqa (Luke) 3:8
8 “Therefore bear fruits worthy of repentance, and do not begin to say to yourselves, ‘We have Avraham as our father.’ For I say to you that Elohim is able to raise up children to Avraham from these stones.”

Zechariah 12:10 gives us perhaps one of the strongest witnesses that our Jewish brothers and sisters are, in fact, Jews (and are loved of Yahweh).

While it is not absolutely conclusive that this passage refers to the Jews who live in Jerusalem today, it clearly shows that there will be a people who

There is only one group of people who fits all these criteria, and they are the Jews who live in Israel.

Yahweh will continue to work with our Jewish brothers and sisters, to show them who He is. While we do not know exactly when that will take place, there are many indications that it may happen soon. Already the Israeli Supreme Court has ruled that certain classes of Messianic Jews can return back home to the land of Israel, and from there the right to return home will more than likely be extended to other classes of believers (in His time).

We are in transition, hoping to build good relationships with our Jewish brothers and sisters. It only makes sense that we should be as good to them as we can, doing unto them as we want them to do unto us. And yet some would also point out that Scripture tell us not to receive those who do not accept Yeshua into our homes, or greet them.

Yochanan Bet (2 John) 7-11
7 For many deceivers have gone out into the world who do not confess Yeshua Messiah as coming in the flesh. This is a deceiver and an anti-Messiah.
8 Look to yourselves, that we do not lose those things we worked for, but that we may receive a full reward.
9 Whoever transgresses and does not abide in the doctrine of Messiah does not have Elohim. He who abides in the doctrine of Messiah has both the Father and the Son.
10 If anyone comes to you and does not bring this doctrine, do not receive him into your house nor greet him;
11 for he who greets him shares in his evil deeds.

The word shalom refers to something that is perfect, whole, or complete. For example, in Hebrew, when you pay a bill, you shalem (make peace). There is a debt, and when we pay, the situation is made whole, or complete. There are no longer any issues, so there is shalem/shalom.

I remember when I first noticed that my Jewish friends (who do not believe in Yeshua) would not say shalom to me. If I said shalom to them, they would respond with something else. At first I did not understand why they would do this, and I kept saying shalom to them, trying to get them to say it back to me. Then one day I realized that the reason they were not saying shalom back to me was not that they wished me ill or anything like that, but that they were just being honest. Even though we were friends, the reality is that there was an issue between us (and obviously, that issue is Yeshua). Even if they were to say shalom, there would still be an issue. So, even though we all want to continue being friends, it fell to me to realize just how important it is in the Hebraic mind to be honest and correct in our speech.

So now, rather than say shalom to them, I typically use that word only with Nazarene Israelites. I use it with those who keep both the commandments of Elohim and the faith in Yeshua.

We just have to listen closely, and be honest with ourselves (and with Yahweh) as to whether true shalom really exists between ourselves and someone else. If there is true peace and a sense of real wholeness as brothers, then we can bid them shalom. Or if there is no real sense of connectedness and peace, then we should let our greeting return back to us. Yet at no time does this need to become a reason for condemnation, or for doing anything displeasing to our good heavenly Father.

May Yahweh restore His people, and build the bonds of friendship and relationship between them. In Yeshua’s name, amein.