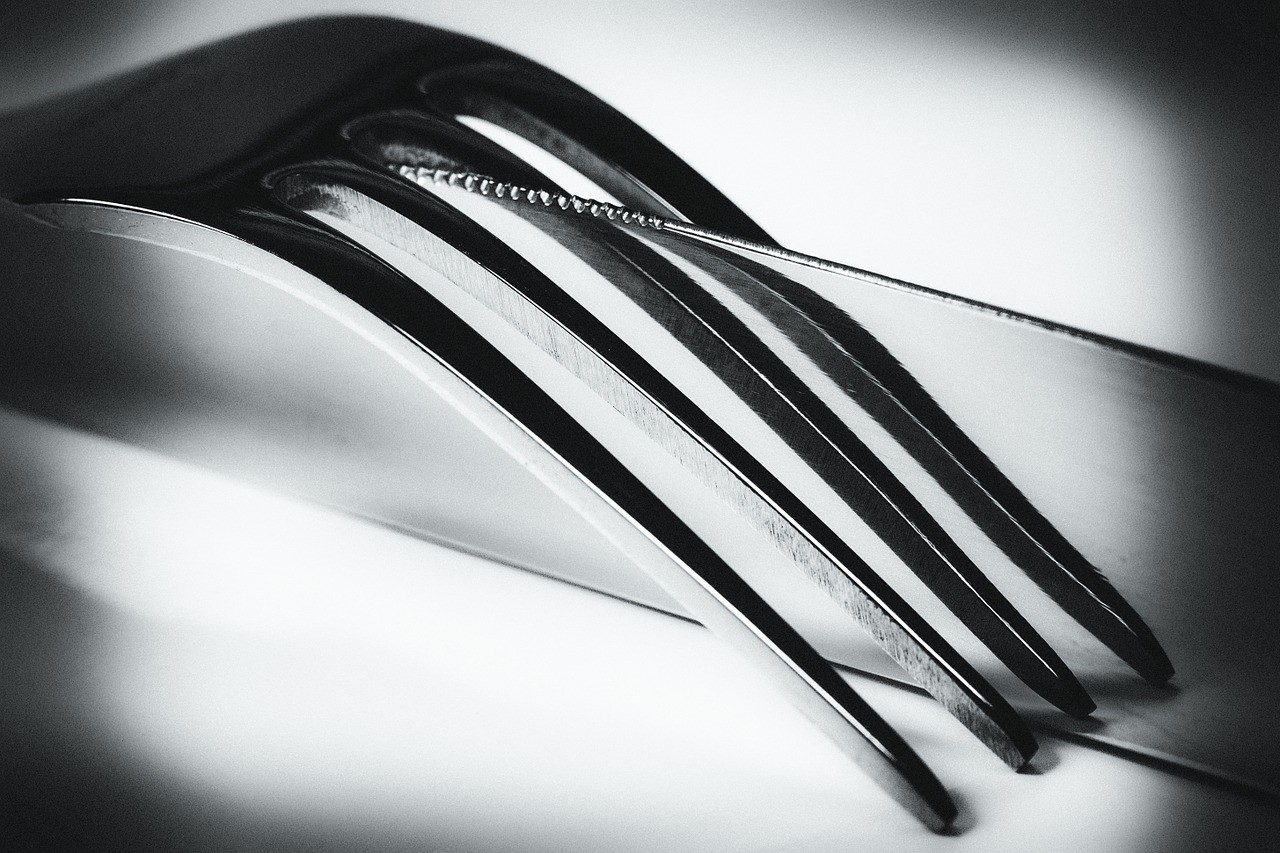 In the last chapter we saw how the Ephraimites fell into idolatry and called Yahweh Bel/Ba’al (Lord). We also saw how Yahweh said He would sow them into the earth like seed for their disobedience. This would be the first step in fulfilling the promises given to Avraham and Ya’akov (Jacob), such that every family, every nation, and every clan would be blessed with their genetics, and thus become heir to the promise of salvation.

In the eighth century BCE, Yahweh sent the kings of Assyria to make several military incursions into the land of Israel. Around 722 BCE, the Ephraimite capital city of Samaria fell. The Ephraimites were taken out of the land, and were resettled in the lands that now make up modern-day Syria and Iraq. This was the natural result of turning away from His covenant—that they would not believe in Yahweh, and that they would worship idols.

Melachim Bet (2 Kings) 17:6-16
6 In the ninth year of Hosea, the king of Assyria took Samaria [the capital of Ephraim] and carried Israel away to Assyria, and placed them in Halah and by the Habor, the River of Gozan, and in the cities of the Medes.
7 For so it was that the children of Israel had sinned against Yahweh their Elohim, who had brought them up out of the land of Egypt, from under the hand of Pharaoh king of Egypt; and they had feared other gods,
8 and had walked in the statutes of the nations whom Yahweh had cast out from before the children of Israel, and of the kings of Israel, which they had made.
9 Also the children of Israel secretly did against Yahweh their Elohim things that were not right, and they built for themselves high places in all their cities, from watchtower to fortified city.
10 They set up for themselves sacred pillars and wooden images on every high hill, and under every green tree.
11 There they burned incense on all the high places, like the nations whom Yahweh had carried away before them; and they did wicked things to provoke Yahweh to anger,
12 for they served idols, of which Yahweh had said to them, “You shall not do this thing.”
13 Yet Yahweh testified against Israel and against Judah, by all of His prophets, every seer, saying, “Turn from your evil ways, and keep My commandments and My statutes, according to all the Torah which I commanded your fathers, and which I sent to you by My servants the prophets.”
14 Nevertheless they would not hear, but stiffened their necks, like the necks of their fathers, who did not believe in Yahweh their Elohim [i.e., they did not obey Him].
15 And they rejected His statutes and His covenant that He had made with their fathers, and His testimonies which He had testified against them; they followed idols, became idolaters, and went after the nations who were all around them, concerning whom Yahweh had charged them that they should not do like them.
16 So they left all the commandments of Yahweh their Elohim, made for themselves a molded image and two calves, made a wooden image and worshiped all the host of heaven, and served The Lord [Bel/Ba’al].

We need to differentiate between the terms dispersion and exile, in order to keep things clear. In short, the term dispersion applies to the northern kingdom of Ephraim, while the term exile refers to the southern kingdom of Judah. When the ten tribes were taken to Assyria, this was called the Assyrian Dispersion, also called the Diaspora (the seeding). Sometimes it is called the Assyrian Exile, but the term exile technically applies to the two Jewish exiles.

When the Assyrians conquered a new territory, they did not want any trouble with uprisings, so they took out anyone who had reason to see the old order restored. Their policy was to remove all but the poorest people out of the land, and resettle it with other ethnic groups from the surrounding territories. The idea was not only to cut the people’s ties to the land, but also to destroy everyone’s prior ethnic and religious identities through intermarriage.

Melachim Bet (2 Kings) 17:24
24 Then the king of Assyria brought people from Babylon, Cuthah, Ava, Hamath, and from Sepharvaim, and placed them in the cities of Samaria instead of the children of Israel; and they took possession of Samaria and dwelt in its cities.

The capital of the northern kingdom of Ephraim was in the mountains of Samaria—and when the Assyrians were finished taking away most of the Israelites, and bringing in the people of other nations, the result was a new mixed race called the Samaritans.

Yahweh hates idol worship, and the idolatrous religions of the Samaritans displeased Yahweh so much that He sent lions to attack them. Realizing that “the Elohim of the land” was not happy, the King of Assyria had one of the Ephraimite priests sent back to Samaria to teach the people how to keep the “rituals” of the land, not realizing that the northern kingdom had been practicing false worship ever since Jeroboam.

Even though this unnamed priest was able to teach the Samaritans to fear Yahweh, verse 29 tells us that every nation (i.e., every religious group) continued to make idols of their own, and they put them in the shrines on the high places. So, just like the Christians would do many years later, they were fearing Yahweh, but were still serving their own mighty ones.

Melachim Bet (2 Kings) 17:33-34
33 They [Samaritans] feared Yahweh; but they were serving their own mighty ones, according to the ruling of the nations to whom they had been exiled.
34 To this day they are doing according to the former rulings: They are not [truly] fearing Yahweh, nor do they [really] follow their laws or their right-rulings, which Yahweh had commanded the children of Ya’akov, whose name He made Israel,

Since the Samaritans kept a corrupt version of the Torah, the Jews avoided them—and there was enmity, suspicion and hostility between the Jews and the Samaritans. Meanwhile, the Ephraimites who had been scattered in Assyria were encouraged to assimilate and adopt the religious customs of the lands into which they were sown. They assimilated so well that they forgot all about Yahweh and His Torah. This took place in order to fulfill Hosea 8:8.

Hoshea (Hosea) 8:8
8 “Israel is swallowed up;
Now they are among the Gentiles
Like a vessel in which is no pleasure.”

Our Jewish brethren watched this from afar, and they recorded their impressions in an important historical document called the Talmud. Although the Talmud is not Scripture, it does record the innermost thoughts and reflections of the most respected Jewish religious authorities of those times. That is why it is so significant that in Talmud Tractate Yebamot 17A, the Jewish Sages record that the dispersed Ephraimites began to father “strange children.” They called them “strange” because they no longer kept the Torah or spoke Hebrew, but had become “perfect heathens.”

When I mentioned the matter in the presence of Samuel he said to me, they [the Ephraimites] did not move from there until they [the Jewish sages] had declared them [Ephraimites] to be perfect heathens; as it is said in the Scriptures, They have dealt treacherously against the Lord, for they have begotten strange children.
[Talmud Tractate Yebamot 17A, Soncino]

Now to make things even more interesting, there are two different words for gentile in Hebrew. One is goy, which refers to someone who has no relationship to the nation of Israel. The other is ger, which refers to someone who has had a relationship with Israel in the past, but who is not now part of the nation. Exactly how these words are applied depends on who is using them, and what his agenda is. Because Kepha (Peter) knew that the Ephraimites had been scattered to the four winds in order to fulfill the promises given to Avraham and Ya’akov, he writes his epistle to the strangers of the (Assyrian) Dispersion (i.e., to the Ephraimites).

Kepha Aleph (1 Peter) 1:1
1 Kepha, an apostle of Yeshua Messiah, to the pilgrims of the [Assyrian] Dispersion in Pontus, Galatia, Cappadocia, Asia, and Bithynia….

Kepha knew that the Ephraimites were strangers (gerim, plural of ger) because the prophecies in Hosea and elsewhere said they would someday come back. The Jewish sages who wrote the Talmud surely knew this also, or they would not have been tracking the movements of the Ephraimites. Yet, rather than call the Ephraimites gerim (strangers), the sages called the Ephraimites “perfect heathens,” meaning they were indistinguishable from the goyim (plural of goy).

In Talmud Tractate Yebamot 17A, the Jews ruled that the Ephraimites were to be thought of as goyim (no relation to Israel) from that time forward. This is one reason why so many of our Jewish brothers have such a hard time with the Two House Theory today: ethnicity is central to their belief set. They believe that there are Jews and there are goyim. They believe all twelve tribes must assimilate into the tribe of Judah—and they do not understand or appreciate any role that the rest of the tribes have to play, because it detracts from what they see as their preeminent lead role.

Even those Jews who did understand that the lost ten tribes had to be scattered, and would be regathered, had no idea how the lost ten tribes could be regathered to the nation when their genealogies were rapidly disappearing. The definition of a messiah is that of a divinely-anointed leader who brings the lost and scattered of Israel back to the land, and to the eternal covenant—but how, the Jews must have wondered, could anyone ever bring the Ephraimites back after they had become so thoroughly assimilated, and could no longer be identified genealogically?