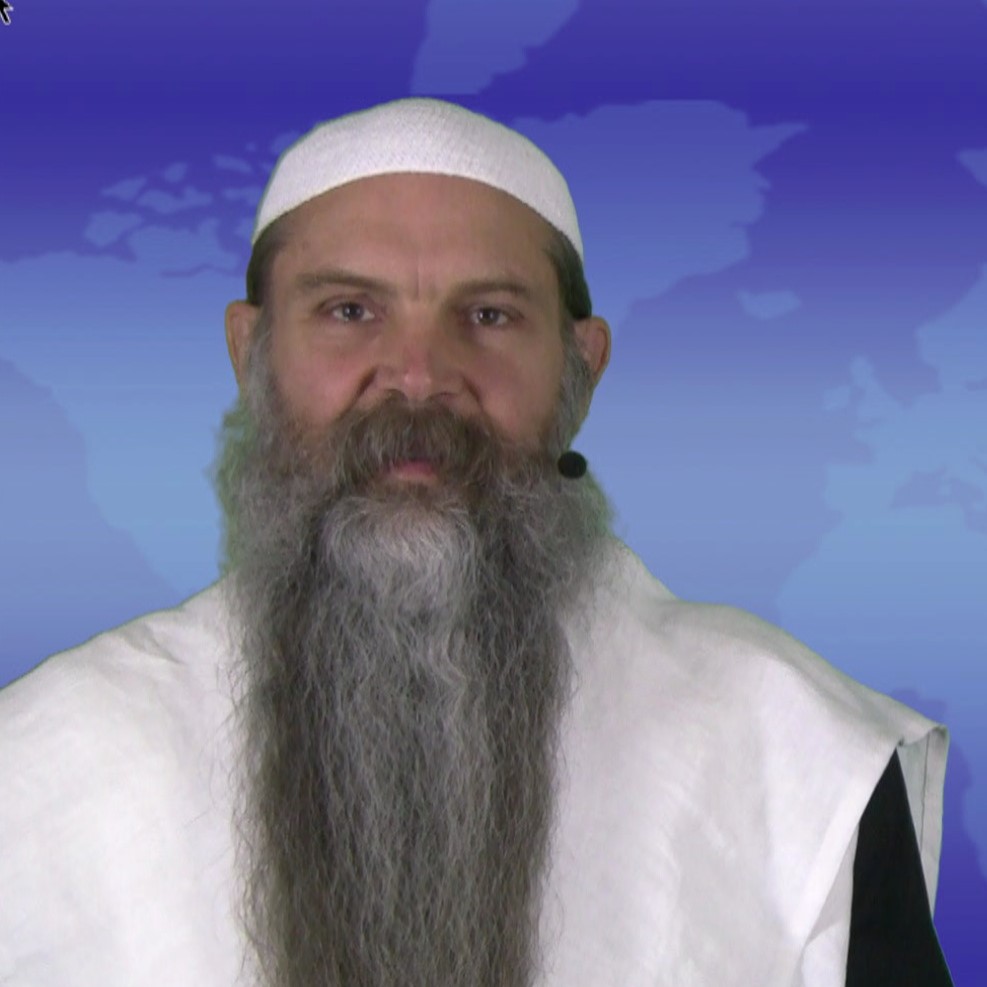 In 1999, the Creator saved me by a miracle that was so powerful, I knew instantly that I would be giving the rest of my life to Him. Serving Him has often been difficult, but it was the best choice I ever made. I have never regretted it.

Once I could see in the Tanach that the Messiah had already come once, the next thing I needed to know was which version of the faith He had come to teach, because Scripture tells us to contend earnestly for the faith that was delivered to the saints.

I did not want to assume that the faith I was taught as a child was the correct one. There were many different denominations, but at most only one of them could be correct. I needed to know which of them, if any, was the faith the Messiah had originally taught.

I went back to the church I was raised in, but I did not stay. The pastor openly contradicted the Messiah in his sermons, using one verse to explain away another. He said, “The Bible says it is better to give than to receive, but that is wrong. Any child knows it is better to receive than to give—and doesn’t the Bible say we are to be like little children?” I knew I could not stay there.

I left my old church and went to an Episcopal cathedral with a powerful preacher. I loved his sermons, and my love for Yahweh grew. After taking communion, I felt the Spirit fall on me, as if someone had hooked me up to some unseen electric source. I began seeing the world through new eyes, and hearing things with new ears. It was as if the world was transformed before me.

When the preacher retired a few months later, the steering committee hired a gay pastor to take his place. He was funny, and he made us all laugh, but in his introductory sermon he told jokes about how much he hated the parable of the wedding feast. He told the congregation to disregard it, as he said it did not apply to us today. Then, at the end of his sermon he said he wanted to raise millions of dollars so they could finish remodeling the cathedral. It seemed that a beautiful building was more important to him than obeying the Messiah’s words. When I asked Yahweh about it, I opened my Scriptures, and there was 2 Timothy 4:3-4.

TimaTheus Bet (2 Timothy) 4:3-4
3 For the time will come when they will not endure sound doctrine, but according to their own desires, because they have itching ears, they will heap up for themselves teachers;
4 and they will turn their ears away from the truth and be turned aside to fables.

That was exactly what I saw. The congregants seemed relieved when the pastor told them the Scriptures did not apply to them. It made them happy. Evidently, they wanted someone to tell them that as long as they went through the motions and made a good show, they did not have to take the Messiah’s words to heart or live by them. But that wasn’t church to me.

Where were the real believers? Scripture said that fellowship was important, so I had to find others who wanted to serve their Messiah and King. Not knowing what else to do, or where else to go, I thought perhaps I could find real faith among the remnants of the old pioneer communities in rural America. I would have to leave the cities, but I did not care what it cost—I had to find other believers who wanted to live for Him.

Mattityahu (Matthew) 13:45-46
45 “Again, the kingdom of heaven is like a merchant seeking beautiful pearls,
46 who, when he had found one pearl of great price, went and sold all that he had and bought it.”

I moved to an area in eastern Washington that I knew from my childhood. It was a place where roadside fruit stands were left unattended. People picked out the fruit they wanted, weighed their purchases, made change in the money box, and everything was done on the honor system. If faith was to be found anywhere in America, I felt surely I could find it there in the heartland where the Bible was still part of everyday life.

Praying for direction, I moved to a small rural town that was to be my new home. The Seventh-day Adventists left a flyer in my mailbox that asked, “When was the Sabbath changed to Sunday? And where do the prophecies say that the day of weekly worship would ever be changed?” I could not answer that, so I went to study with them. The Sabbath seemed to be the right day, but they kept other holidays that the Bible did not say to keep, such as Christmas and Easter. After doing some research, I realized the Bible never said any of the days of worship should be changed. It also said not to keep Asherah or Ishtar, which were just different forms of the name Easter.

Thinking they would want to know, I tried sharing this information with the people at church. They humored me for a while, but eventually the church elders took me aside and implied that if I wanted to stay there, I needed to stop asking so many questions. I was baffled. How could they see that the Sabbath had never changed, but miss the fact that Christmas and Easter were not commanded? It was as if they were still partially blinded.

My neighbors, it turned out, were Messianic Jews—Jews who believe Yeshua (Jesus) is the Messiah. They kept the Old Testament, as well as the New. Instead of Sunday, Christmas, and Easter, they only kept the days that Scripture said to keep. When I asked them about their beliefs, they replied, “If Yahweh does not tell us to do it, then why should we do it? How does that honor Him?” I could not answer that question, so I began to study with them. We met in their house on the Sabbath and throughout the week to talk about His word.

As Yahweh began awakening me to the truth, I became angry at the church for teaching principles that are not supported by His word, or actually contradict His word. Some of my earlier writings reflected this anger and frustration, but Yahweh showed me how the lies of the church were always prophesied.

Yirmeyahu (Jeremiah) 16:19
19 Yahweh, my strength and my fortress,
My refuge in the day of affliction.
The gentiles shall come to You
From the ends of the earth and say,
“Surely our fathers have inherited lies,
Worthlessness and unprofitable things.”

Over time, and by word of mouth, I met other believers and seekers, both in person and on the Internet. Many of them had the same types of questions. As I studied things out, I wrote my studies down, and sent them out to my friends on the Internet—and then they began forwarding them to their friends. Soon I put up a website and posted all of my past studies. As we learned more, sometimes I would have to re-write the studies and send out corrected versions. I was happy to do it because it did not matter whether or not I was right—only the studies needed to be right.

As we kept studying, the studies got longer, and more complex. As we saw how the various studies tied in with each other, eventually it became clear that we needed to put everything together in one book, to give the reader a better sense of perspective. Although we have rewritten and updated it many times, this is the book you are reading now—our discoveries about what the Hebrew Scriptures truly say.

I invite you to come along with me as I share some of the things I’ve learned. I don’t want you to believe anything just because I say it—I only want you to use this book as a study guide. I pray that you will be like the noble Bereans who studied the Scriptures daily to see if the things they were being taught were correct.

Ma’asei (Acts) 17:10-12
10 Then the brethren immediately sent Paul and Silas away by night to Berea. When they arrived, they went into the synagogue of the Jews.
11 These were more noble-minded than those in Thessalonica, in that they received the word with all readiness, and searched the Scriptures daily to find out whether these things were so.
12 Therefore many of them believed; and also not a few of the Greeks, prominent women as well as men.