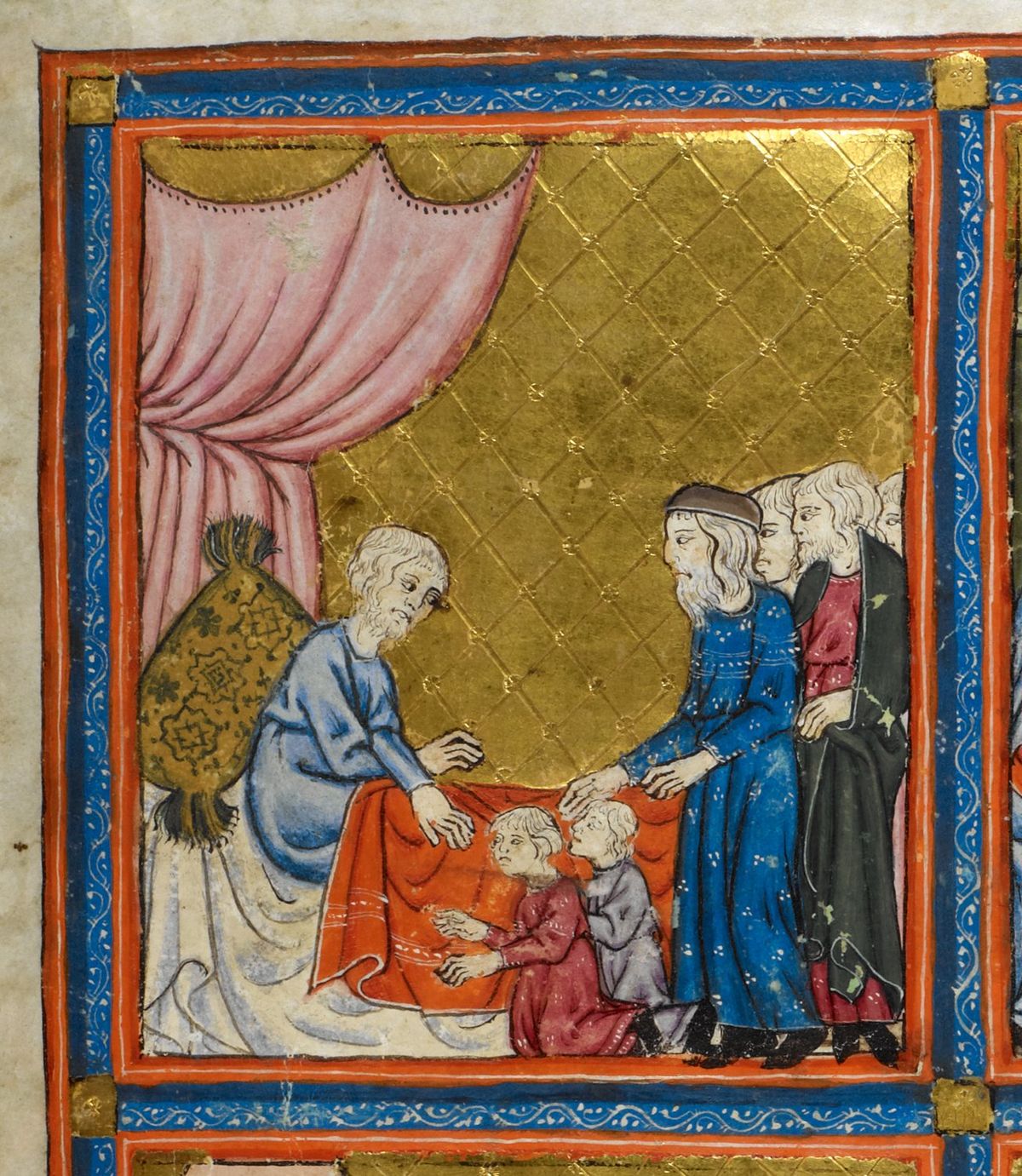 In this book, we want to tell the story of Joseph’s younger son, a man by the name of Ephraim (“Eph-rai-eem”). Ironically, while most of them do not know it, many of the Christians descend from Ephraim both spiritually and physically. His descendants are called Ephraimites, and a great many prophecies over Ephraim are being fulfilled today. Once we understand these prophecies, the daily news is easier to understand. It also becomes possible to obey the Messiah Yeshua (often called Jesus) in a way it is not possible to obey Him, before we realize what the prophecies say.

This book is written as a study. While we will reprint the relevant passages here, we hope you will feel free to check these things in your own Scriptures, as the noble Bereans also did.

Ma’asei (Acts) 17:10-11
10 Then the brethren immediately sent Shaul [Paul] and Silas away by night to Berea. When they arrived, they went into the synagogue of the Jews.
11 These were more fair-minded than those in Thessalonica, in that they received the word with all readiness, and searched the Scriptures daily to find out whether these things were so.

Although Ephraim does not appear until near the end of Genesis, we will start at the beginning, to make the story easier to follow. The entire book of Genesis is also considered prophetic, in that it sets patterns which recur throughout Scripture. One such pattern is that Adam and Havvah (Eve) could live in the Creator Yahweh’s (Jehovah’s) land as long as they obeyed His commands. However, when they disobeyed His commands they were driven out.

B’reisheet (Genesis) 3:24
24 So He drove out the man; and He placed cherubim at the east of the garden of Eden, and a flaming sword which turned every way, to guard the way to the tree of life.

Adam and Havvah’s fall from Yahweh’s favor (grace) set a long chain of events in motion, which would eventually lead to salvation being offered to all mankind through Yahweh’s Son, Yeshua. We will see how Ephraim plays a key role in this restorative process, but first we need to know more about the patriarchs.

Shem’s descendants filled the Middle East, and they also spread east into Asia, and the Americas. The name Shem is Strong’s OT:8034, meaning name, both in the sense of an appellation (pronunciation), and also in the sense of one’s honor, reputation, or renown.

OT:8034 shem (shame); a primitive word [perhaps rather from OT:7760 through the idea of definite and conspicuous position; compare OT:8064]; an appellation, as a mark or memorial of individuality; by implication honor, authority, character:

Yepheth’s descendants spread northward into Europe. The name Yepheth is Strong’s OT:3315, and it refers to expansion.

Yepheth’s expansive nature helps to explain why the European Christians were imperialistic. As brutal as imperialism is, we will see that Yahweh used Yaphet to spread the Good News of salvation in Yeshua to many other nations (so Yahweh used it for good).

In one of the farthest-reaching prophecies in all of Scripture, Noach prophesied that the children of Yaphet (Europe) would one day dwell in the tents of Shem (i.e., in the Middle East).

B’reisheet (Genesis) 9:27
27 May Elohim [God] enlarge Yaphet, And may he dwell in the tents of Shem; And may Canaan be his servant.”

Later we will see that when this takes place, many of the children of Ephraim will return home at the same time, in the great ingathering prophesied by Yeshua Messiah.

Mattityahu (Matthew) 8:11
11 “And I say to you that many will come from east and west, and sit down with Avraham, Yitzhak [Isaac], and Yaakov [Jacob] in the kingdom of heaven.”

While Noach had obeyed Yahweh’s command to build an ark in order to save himself and his family, Avram (later Avraham) was told to leave his home and his father’s house, even though his father was still alive.

B’reisheet (Genesis) 12:1-3
1 Now Yahweh had said to Avram: “Get out of your country, From your family And from your father’s house, To a land that I will show you.
2 I will make you a great nation; I will bless you And make your name great; And you shall be a blessing.
3 I will bless those who bless you, And I will curse him who curses you; And in you all the families of the earth shall be blessed.”

When Yahweh told Avram that “in you all the families of the earth shall be blessed,” He meant every family on earth would eventually inherit some of Avram’s DNA. If we pour a bucket of dye into a swimming pool, eventually the dye circulates to all parts of the pool. Later we will see that there have been many such “buckets of dye” in history, with the children of Israel being scattered repeatedly. What this means is that because all of mankind has inherited some of Avraham’s genetics, all mankind is now subject to the promises given to Avraham (and also his grandson Yaakov).

Yahweh told Avram that he would have an heir that came from his own body.

B’reisheet (Genesis) 15:4
4 And behold, the word of Yahweh came to him, saying, “This one shall not be your heir, but one who will come from your own body shall be your heir.”

Yet ten years later, when his wife Sarai (Sarah) had not yet conceived, she brought her maidservant Hagar the Egyptian to Avram, to bear a child for her.

B’reisheet (Genesis) 16:3-4
3 Then Sarai, Avram’s wife, took Hagar her maid, the Egyptian, and gave her to her husband Avram to be his wife, after Avram had dwelt ten years in the land of Canaan.
4 So he went in to Hagar, and she conceived. And when she saw that she had conceived, her mistress became despised in her eyes.

That Hagar was an Egyptian means that she kept one of the faiths practiced in Egypt at that time. After Hagar conceived, she despised her mistress Sarai (Sarah), so Sarai dealt harshly with her, and she fled. Genesis 16:7 tells us a messenger (angel) of Yahweh found Hagar by a spring of water, which is symbolic of the Spirit. The messenger told Hagar to go back and submit to Sarai, who symbolizes Israel. This gives us a hint (Hebrew: remez) that the Muslim people will one day also receive the spirit (through Messiah Yeshua).

B’reisheet (Genesis) 16:6-9
6 So Avram said to Sarai, “Indeed your maid is in your hand; do to her as you please.” And when Sarai dealt harshly with her, she fled from her presence.
7 Now the messenger of Yahweh found her by a spring of water in the wilderness, by the spring on the way to Shur.
8 And He said, “Hagar, Sarai’s maid, where have you come from, and where are you going?” She said, “I am fleeing from the presence of my mistress Sarai.”
9 The messenger of Yahweh said to her, “Return to your mistress, and submit yourself under her hand.”

Hagar would then bear a son, Ishmael. He is the father of those who would later become the Muslim people.

B’reisheet (Genesis) 16:11
11 And the messenger of Yahweh said to her: “Behold, you are with child, And you shall bear a son. You shall call his name Ishmael, Because Yahweh has heard your affliction.”

Yahweh then changed Avram’s name to Avraham, and told Avraham that He would give the land of Canaan to him and his descendants (including Ishmael).

However, while Ishmael would one day receive the Spirit through Messiah Yeshua, the covenant would come through Sarah’s son Yitzhak (Isaac).

B’reisheet (Genesis) 17:19-21
19 Then Elohim said: “No, Sarah your wife shall bear you a son, and you shall call his name Yitzhak; I will establish My covenant with him for an everlasting covenant, and with his descendants after him.
20 And as for Ishmael, I have heard you. Behold, I have blessed him, and will make him fruitful, and will multiply him exceedingly. He shall beget twelve princes, and I will make him a great nation.
21 But My covenant I will establish with Yitzhak, whom Sarah shall bear to you at this set time next year.”

When Yitzhak was weaned, Ishmael scoffed at him. In the context of inheritance and kingship, for an older son to despise a younger son could lead to murder (or assassination). Sarah therefore told Avraham to send Hagar and Ishmael away.

Although Avraham was very displeased, Yahweh said to heed Sarah’s voice, and so he sent Hagar and Ishmael away. Because the name Ishmael means “Elohim shall hear,” Elohim heard Ishmael’s cry, and showed Hagar a well of water (also symbolic of the waters of the Spirit).

B’reisheet (Genesis) 21:17-21
17 And Elohim heard the voice of the lad. Then the angel of Elohim called to Hagar out of heaven, and said to her, “What ails you, Hagar? Fear not, for Elohim has heard the voice of the lad where he is.
18 Arise, lift up the lad and hold him with your hand, for I will make him a great nation.”
19 Then Elohim opened her eyes, and she saw a well of water. And she went and filled the skin with water, and gave the lad a drink.
20 So Elohim was with the lad; and he grew and dwelt in the wilderness, and became an archer.
21 He dwelt in the Wilderness of Paran; and his mother took a wife for him from the land of Egypt.

Paran is in the Saudi Arabian Peninsula, where Mecca and Medina are located, south of the land of Israel. It is where Muhammad later established Islam. (From Wikipedia.) 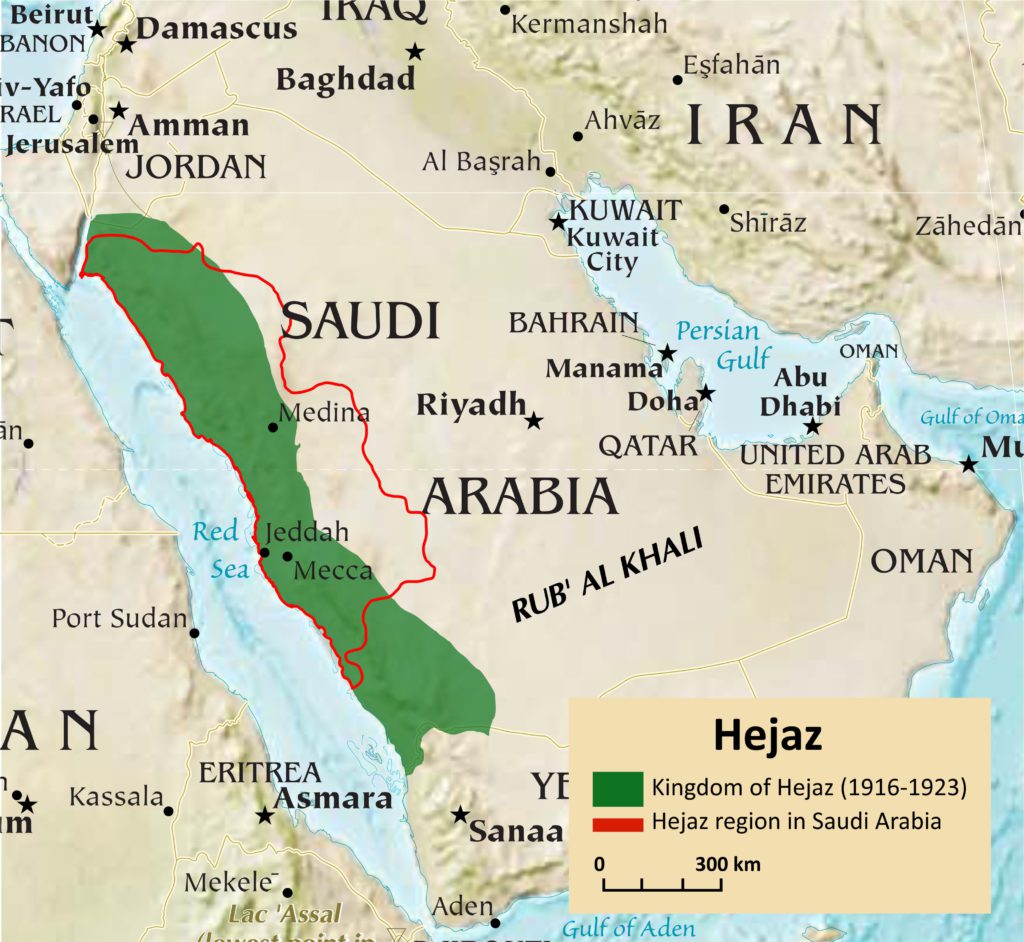 Verse 21 says Hagar took a wife for her son from Egypt (where she also was from, Genesis 16:3). However, rather than worshiping the Egyptian gods, it may be that Hagar and her daughter-in-law were Hindus. Hindu merchants traveled the Silk Road trade routes between Egypt and India, and they set up centers of worship wherever they went. Hindu scholars tell us there was a large center of worship in Mecca, including a very large Hindu Shiva Lingham (black stone). They theorize that the Kaaba (the Muslim black stone in Mecca) is actually a fragment of the original Hindu Shiva Lingham stone that was worshiped in Mecca before the rise of Islam. If true, this would explain the many similarities between Islam and Hindu Shiva Lingham worship.

Zecharyah (Zechariah) 6:6
6 “The one with the black horses is going to the north country, the white are going after them, and the dappled are going toward the south country.”

We explain more about the horses in Revelation and the End Times, but we should note here that Shiva is called “the destroyer.” This is also what Abaddon and Apollyon mean (as mentioned in Revelation 9:11).

In the next chapter we will meet the fraternal twins, Esau and Yaakov (Israel).