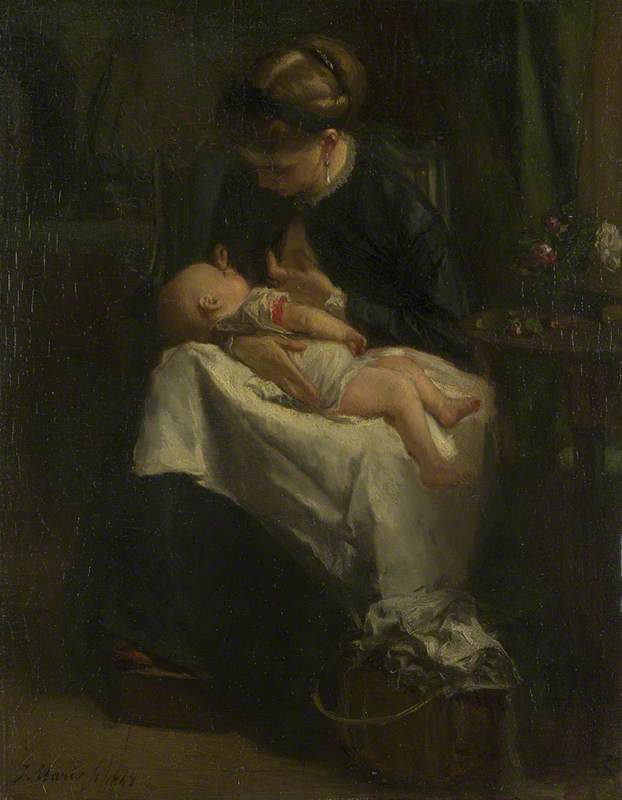 In The Torah Calendar, in “About Birthdays”, we explain that birthday parties always portend evil. For example, when Paro (Pharaoh) celebrated his birthday, the chief baker was hanged, and Joseph was forgotten in prison.

King Herod also observed his birthday. Because Herod was focusing on himself (and not Elohim), Yochanan HaMatbil (John the Immerser) ended up dead.

Mattityahu (Matthew) 14:6-8
6 But when Herod’s birthday was celebrated, the daughter of Herodias danced before them and pleased Herod.
7 Therefore he promised with an oath to give her whatever she might ask.
8 So she, having been prompted by her mother, said, “Give me Yochanan HaMatbil’s head here on a platter.”

Iyov’s (Job’s) children are also recorded as celebrating their (birth) days before they died (and this may why Elohim allowed them to be killed).

Iyov (Job) 1:4
4 And his sons would go and feast in their houses, each on his day, and would send and invite their three sisters to eat and drink with them.

Birthday the Highest Day on the Satanic Calendar

Further, Anton LaVey, the founder of the modern Church of Satan, tells us that in the Satanic religion, the highest of all holy days is the date of one’s own birthday.

The highest of all holidays in the Satanic religion is the date of one’s own birthday.
The Satanic Bible (Anton Szandor LaVey, [Air] Book of Lucifer – The Enlightenment, Avon Books, 1969, Ch XI, Religious Holidays, p. 96).

Perhaps one reason Satan loves birthdays is that it causes us to celebrate ourselves, rather than Elohim. However, this is the opposite of what Scripture tells us to do, which is to decrease in our own eyes, so that He might increase in our eyes.

But how can we decrease in our own eyes when we are focused on ourselves? Further, in John 15, Yeshua tells us that we need to abide in Him always, or we will be cast out, and withered, and thrown into the fire.

But how can we focus on Yeshua when we are focusing on ourselves? The idea does not even make sense. And this is also one of the primary things wrong with the bar mitzvah service.

A bar mitzvah (בַּר מִצְוָה‎) is a Jewish coming of age ritual for boys. (The plural is b’nai mitzvah.) According to Judaism, when a Jewish boy turns 13 years old he is considered an adult, and thus he is legally accountable for his actions. In Jewish thought this makes him a bar mitzvah (literally a “son of the commandments”). This is also where they get the name of the ceremony.

The ceremony for girls is called a bat mitzvah (בַּת מִצְוָה‎). (The plural is b’note mitzvah.) Interestingly, Orthodox Judaism says that the age of responsibility for girls is 12. However, Reform Jews say it is 13 (perhaps to make things egalitarian).

A bar or bat mitzvah ceremony is typically held either on the child’s birthday, or on the Sabbath closest to the child’s birthday. Therefore, many devout Orthodox Jews reject the bar mitzvah service as a glorified birthday party (which they consider a type of self-idolatry).

The ceremony is obviously timed to correspond roughly to the age of puberty. Before the ceremony, the parents are thought to be responsible for the child’s actions. After the ceremony, the child at least hypothetically bears his own legal responsibility. He is also technically permitted to marry, although the Mishna recommends waiting until age 18.

Ages of Responsibility in the Mishnah

The Mishnah is the core document of the Talmud, and it gives several recommended ages to start the various stages of life. For example, one Yehudah ben Teima opined that one should start to study Scripture at age 5, and that at age 13 a young man becomes subject to the commandments (i.e., one becomes a bar mitzvah). This then carries the weight of law in the Orthodox mind.

MISHNAH 21. HE [Yehudah ben Teima] USED TO SAY: FIVE YEARS [IS THE AGE] FOR [THE STUDY OF] SCRIPTURE, TEN-FOR [THE STUDY OF] MISHNAH, THIRTEEN-FOR [BECOMING SUBJECT TO] COMMANDMENTS, FIFTEEN-FOR [THE STUDY OF] TALMUD, EIGHTEEN- FOR THE [BRIDAL] CANOPY, TWENTY FOR PURSUING, THIRTY-FOR [FULL] STRENGTH, FORTY FOR UNDERSTANDING, FIFTY- FOR [ABILITY TO GIVE] COUNSEL, SIXTY-FOR MATURE AGE, SEVENTY-FOR A HOARY HEAD, EIGHTY [IS A SIGN OF SUPERADDED] STRENGTH, NINETY [IS THE AGE] FOR [A] BENDING [FIGURE], AT A HUNDRED, ONE IS AS ONE THAT IS DEAD, HAVING PASSED AND CEASED FROM THE WORLD.
[Mishnah, Tractate Avoht, 5:21, Soncino]

It might seem eminently reasonable that boys and girls should become legally responsible for themselves and their actions at about puberty. However, the problem here is that Yahweh does not concern Himself with it. Rather, He gives us a completely different timeline to observe—and even though the Talmudic timeline might make more sense at first, Yahweh’s timeline is much better.

Ages of Responsibility in Scripture

Yahweh tells us that when we set someone apart unto Him in a vow of consecration (separation), we should place different values on him, depending on his age. The ages Yahweh gives us are one month old, five years old, twenty years old, and sixty years old. None of these correspond to puberty. Rather, they seem to correspond more generally to our potential to do agricultural or other physical work (both at that time, and in the future).

Why one month? We cannot do much work at one month of age. However, we have a future potential to work. But then someone will ask, if we consider future work, why is the valuation for infants not higher? Scripture does not say, but infant mortality was much higher in ancient times than it is today. Many children died in their first month. However, when an infant reached one month of age, the likelihood that he would survive to adulthood increased greatly. Thus, his likelihood of being useful for future work also greatly increased, and so also did his valuation increase.

But then, why did Yahweh select five years of age for the next increase in valuation? What is special about the age of five? Our guess is that this corresponds to the time when young children had been weaned and were now considered as young adults.

Weaning (and Why It is Important)

In Scripture, when the word wean is used, it is always a translation of the Hebrew word gamal (גָּמַל). This is Strong’s Concordance OT:1580, meaning to treat, or by implication, to ripen through toil. By extension, it refers to weaning and early education, by which children are made ready (or ripened) for adulthood.

OT:1580 גָּמַל, ga-mal, a primitive root; to treat a person (well or ill), that is, benefit or requite; by implication (of toil) to ripen, that is, (specifically) to wean: – bestow on, deal bountifully, do (good), recompense, requite, reward, ripen, + serve, wean, yield.

While gamal is correctly translated as weaned, it means much more than no longer needing milk. Rather, when a child is scripturally weaned, he has been dealt with fully. That is, he has been trained to behave as a young adult.

Sources differ as to how long it took to wean children in ancient Israel, but in most tribal societies, weaning takes place between 2 and 4 years of age, with 3 years being the average. However, children’s teeth grow in between 1 and 5 years of age, so this could take up to 5 years of age. Five years of age also seems to correspond with the age at which a child’s valuation increases.

Vayiqra (Leviticus) 27:2-7
5 “and if from five years old up to twenty years old, then your valuation for a male shall be twenty shekels, and for a female ten shekels…”

Shemuel Aleph (1 Samuel) 1:21-24
21 Now the man Elkanah and all his house went up to offer to Yahweh the yearly sacrifice and his vow.
22 But Hannah did not go up, for she said to her husband, “Not until the child is weaned; then I will take him, that he may appear before Yahweh and remain there forever.”
23 So Elkanah her husband said to her, “Do what seems best to you; wait until you have weaned him. Only let Yahweh establish His word.” Then the woman stayed and nursed her son until she had weaned him.
24 Now when she had weaned him, she took him up with her, with three bulls, one ephah of flour, and a skin of wine, and brought him to the house of Yahweh in Shiloh. And the child was young.

In many cultures today, children are not expected to be able to operate as responsible adults until they are 18 or even 21 years of age. Even Orthodox Judaism does not expect them to operate as responsible young adults until they are 12 or 13. However, in ancient times the age of responsibility came much earlier. Children were needed to help around the homestead. They were given work to do, and they were expected to do it. Only, they must be weaned before they can help. This is what weaning refers to, and it is a real accomplishment.

Avraham and Sarah celebrated when Yitzhaq (Isaac) was able to operate as a young adult.

B’reisheet (Genesis) 21:8
8 So the child grew and was weaned. And Avraham made a great feast on the same day that Yitzhak was weaned.

Considering that this is beneficial for the child, and the parents, and everyone around them, shouldn’t we also celebrate when our children begin to behave as young adults? Wouldn’t it help them to celebrate their real level of maturity instead of merely celebrating their age?

What is the advantage in declaring that a man is an adult because he is 18 or 21 years of age? Is his age any real guarantee of maturity? And if we wait until age 18 or 21 before we expect him to begin acting like an adult, then how will he have enough practice in behaving like an adult, when he gets married and goes to lead a family?

Alternately, is there a real advantage in waiting until the age of 12 or 13 to teach children the need to obey the commandments? (Doesn’t that silently teach that it is ok to be irresponsible until age 12 or 13?)

So, with all that in mind, let us notice what Avraham did not do. He did not wait until a specific age to declare his son weaned. Rather, he waited until his son was fully dealt with, and then he celebrated the fact that his child was behaving like a young adult. This also sent the right message. It said to Yitzhaq that his behaving fully like a young adult was a thing worthy of celebrating.

Children mature at different speeds, but when they see that they will be recognized and celebrated for behaving like young adults, it sends a silent yet powerful message of praise to all children that this is a thing worth doing. It motivates them not to wait until they are adults, but to strive to behave like adults. These are the kind of young adults Yeshua wants in His congregation.