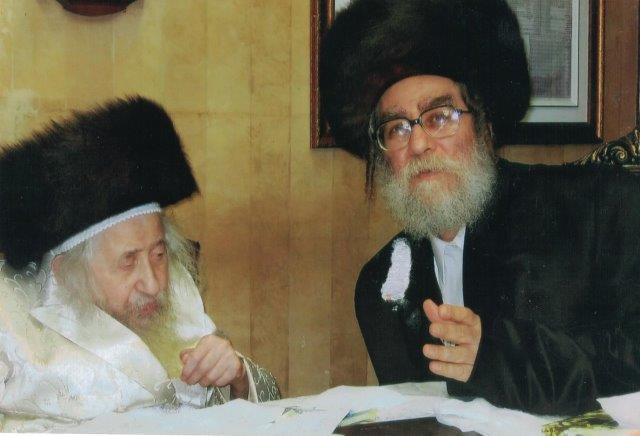 Because we gather in synagogues, you may be asked if we have rabbis. If someone only wants a short, simple answer, it is that we only have one Rabbi (which is Yeshua). However, if someone wants the more technical answer, it is below.

The Hebrew term rab or rav (רב) means abundant or great. When used to refer to people, it refers to a great man, an officer, or a prince.

When one adds a yod (י) to the end of the word rav or rab, it becomes the possessive rabbi (רבי), meaning literally, “my great one.” Thus, if you call someone rabbi, you are literally calling him “my great one.”

Yahweh-Yeshua is called Rabbi in several places in Scripture, and it is correct to call Him that, because He truly is our Great One.

Marqaus (Mark) 11:21
21 And Kepha, remembering, said to Him, “Rabbi, look! The fig tree which You cursed has withered away.”

However, Yeshua tells us plainly not to be called rabbi, and the reasons He gives are very clear. He says that the scribes and the Pharisees loved to be called rabbi, because they exalt themselves above the people. Yet we should never call ourselves rabbi (verse 8, below), because Yahweh-Yeshua is our Master, and we are all brethren.

Mattityahu (Matthew) 23:6-12
6 “[The scribes and Pharisees] love the best places at feasts, the best seats in the synagogues,
7 greetings in the marketplaces, and to be called by men, ‘Rabbi, Rabbi.’
8 But you, do not be called ‘Rabbi’; for One is your Master, the Messiah, and you are all brethren.
9 Do not call anyone on earth your father; for One is your Father, He who is in heaven.
10 And do not be called teachers; for One is your Teacher, the Messiah.
11 But he who is greatest among you shall be your servant.
12 And whoever exalts himself will be humbled, and he who humbles himself will be exalted.”

The Egyptian-Babylonian model is for those with greater skill and power to exalt themselves over the people, and to make the people their servants. However, Yeshua’s model is the exact opposite. In Yahweh-Yeshua’s world, the strong serve the weak (and not the other way around). The strong and wise and capable take the low place, and humble themselves as servants. Meanwhile, the people are to see and respect this, and support them in their service to the people. But this does not require the taking of self-important titles, such as rabbi.

One excuse you may hear is that Yeshua is our Example, and we are to imitate Him in everything, and since He is called Rabbi, we also should be called Rabbi. However, this flies in the face of what Yeshua said.

Another excuse you may hear is that we all call our earthly fathers “father”, so Yeshua could not really have meant what He said (and therefore it is alright to call ourselves rabbi). The problem here is that the argument is out of context. The context is not that we should not respect our biological fathers by calling them father, but that we are not supposed to call anyone father in a religious context (as the pope does). And in like fashion, we are told not to be called rabbi (my great one) in a religious context. So again, this argument is the opposite of what Yeshua said to do.

A Humble Heart of Obedience? (Or Not?)

Yeshua is not being cryptic. He is not speaking in parables. He is explaining that we are not supposed to take titles like “great one” for ourselves, because that is to exalt ourselves. That is the opposite of what He wants us to do, which is to humble ourselves (verse 12).

There is nothing humble about trying to explain away Yeshua’s words.