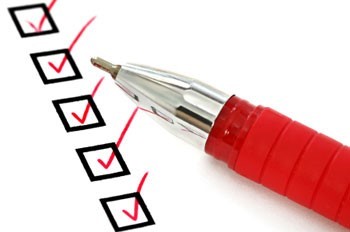 When Yahweh called me to the Two-House movement (or Hebraic Roots) in 1999, I was led to understand that the reason we did not have a separated priesthood or a clergy is that we are all part of the royal priesthood that the Apostle Kepha (Peter) speaks of in 1 Peter 2:9.

Kepha Aleph (1 Peter) 2:9
9 But you are a chosen generation, a royal priesthood, a set-apart nation, His own special people, that you may proclaim the praises of Him who called you out of darkness into His marvelous light….

Kepha is referring to Exodus 19:5-6, where Yahweh says that if we will indeed obey His voice and keep His covenant, then we will be unto Him a kingdom of priests and a set-apart nation.

Shemote (Exodus) 19:5-6
5 Now therefore, if you will indeed obey My voice and keep My covenant, then you shall be a special treasure to Me above all people; for all the earth is Mine.
6 And you shall be to Me a kingdom of priests and a set-apart nation.’ These are the words which you shall speak to the children of Israel.”

However, just because Yahweh calls us to be a kingdom of priests and a set-apart nation, that does not mean we do not need a separated priesthood. To understand what this means, and why this is so, let us look at the history of Israel’s separated (set-apart) priesthoods.

In Torah Government we saw that Yahweh killed all the firstborn of Egypt at the time of the first Passover. At that time, Yahweh also commanded that all first-born males were to be consecrated unto Him.

Shemote (Exodus) 13:1-2
1 Then Yahweh spoke to Moshe, saying,
2 “Consecrate to Me all the firstborn, whatever opens the womb among the children of Israel, both of man and beast; it is Mine.”

This shows us that even though Yahweh wants all Israel to be a royal priesthood and a set-apart nation, He still wants a separated priesthood. If some today disagree with this, it was the same in Torah times. For example, in Numbers 16, a certain Levite named Korah led an uprising against Moshe and Aharon, saying that it was not right for them to be separated, because the whole nation was already set-apart.

Bemidbar (Numbers) 16:1-3
1 Now Korah the son of Izhar, the son of Kohath, the son of Levi, with Dathan and Abiram the sons of Eliab, and On the son of Peleth, sons of Reuben, took men;
2 and they rose up before Moshe with some of the children of Israel, two hundred and fifty leaders of the congregation, representatives of the congregation, men of renown.
3 They gathered together against Moshe and Aharon, and said to them, “You take too much upon yourselves, for all the congregation is set apart, every one of them, and Yahweh is among them. Why then do you exalt yourselves above the assembly of Yahweh?”

Korah’s mistake was that while all of Israel is set-apart, there are varying degrees of set-apartness, and different roles to fulfill in the priesthood. Yahweh wants these roles recognized and honored, because when these differences in duties are recognized and honored, it leads to order in the nation. This principle applies not only in the Tanach (the “Older” Covenant), and also in the Renewed Covenant.

Qorintim Aleph (1 Corinthians) 14:40
40 Let all things be done decently and in order.

Because Korah and his men rejected Yahweh’s order, they perished.

Bemidbar (Numbers) 16:32-33
32 and the earth opened its mouth and swallowed them up, with their households and all the men with Korah, with all their goods.
33 So they and all those with them went down alive into the pit; the earth closed over them, and they perished from among the assembly.

Many Messianics believe that Yeshua came to abolish the concept of a separated priesthood, and to replace it with an unorganized mass of believers. This is a serious mistake, as we will see that the same principles of set-apartness and role differentiation for the priesthood apply in the Renewed Covenant, as in the Tanach. For one example, in Matthew 4:18-22 we see Yeshua call His future Melchizedekian priests, who drop their lives in the world, and leave their fathers, and follow Him.

Mattityahu (Matthew) 4:18-22
18 And Yeshua, walking by the Sea of Galilee, saw two brothers, Shimon called Kepha, and Andrei his brother, casting a net into the sea; for they were fishermen.
19 Then He said to them, “Follow Me, and I will make you fishers of men.”
20 They immediately left their nets and followed Him.
21 Going on from there, He [Yeshua] saw two other brothers, James the son of Zebedee, and John his brother, in the boat with Zebedee their father, mending their nets. He called them,
22 and immediately they left the boat and their father, and followed Him.

This shows us that while all of Israel is set-apart, Yeshua wants priests who will put service to Him above anything and everything else in the world, including both work and family. This same attitude is found in Luke 14:26-33, where Yeshua tells us that to be His disciples, we must forsake all that we have.

Luqa (Luke) 14:26-33
26 “If anyone comes to Me and does not hate his father and mother, wife and children, brothers and sisters, yes, and his own life also, he cannot be My disciple.
27 And whoever does not bear his cross [stake] and come after Me cannot be My disciple.
28 For which of you, intending to build a tower, does not sit down first and count the cost, whether he has enough to finish it —
29 lest, after he has laid the foundation, and is not able to finish, all who see it begin to mock him,
30 saying, ‘This man began to build and was not able to finish.’
31 Or what king, going to make war against another king, does not sit down first and consider whether he is able with ten thousand to meet him who comes against him with twenty thousand?
32 Or else, while the other is still a great way off, he sends a delegation and asks conditions of peace.
33 So likewise, whoever of you does not forsake all that he has cannot be My disciple.”

However, just as there are different levels of separation, there are also different levels of forsaking all we have. The more we serve Yeshua, the more completely we must forsake our family and the things of this world. In Matthew 12:46-50 Yeshua indicates that disciples are to put their spiritual family ahead of their biological family.

Mattityahu (Matthew) 12:46-50
46 While He was still talking to the multitudes, behold, His mother and brothers stood outside, seeking to speak with Him.
47 Then one said to Him, “Look, Your mother and Your brothers are standing outside, seeking to speak with You.”
48 But He answered and said to the one who told Him, “Who is My mother and who are My brothers?”
49 And He stretched out His hand toward His disciples and said, “Here are My mother and My brothers!
50 For whoever does the will of My Father in heaven is My brother and sister and mother.”

There are other important things to note here. In Luke 14:27 (above), Yeshua says a disciple must “bear his cross” (or execution stake).

Galatim (Galatians) 6:1-5
1 Brethren, if a man is overtaken in any trespass,
you who are spiritual restore such a one in a spirit of gentleness, considering yourself lest you also be tempted.
2 Bear one another’s burdens, and so fulfill the Torah of Messiah.
3 For if anyone thinks himself to be something, when he is nothing, he deceives himself.
4 But let each one examine his own work, and then he will have rejoicing in himself alone, and not in another.
5 For each one shall bear his own load.

This parallels how the Levitical order was to eat the sin offerings of the people, and thus “bear the guilt” of the congregation, to atone for them before Yahweh.

Vayiqra (Leviticus) 10:17
17 “Why have you not eaten the sin offering in a set apart place, since it is most set apart, and Elohim has given it to you to bear the guilt of the congregation, to make atonement for them before Yahweh?”

In Hebraic thought, when you eat someone’s food, you essentially enter a relationship with them. That is why the Levites became responsible to bear the guilt of the congregation, was because they ate of the people’s sacrifices and offerings. This means that a priest must be willing to help the people.

Now let us look at Luke 14:33 again, where Yeshua says His disciples must forsake all they have.

We can define the term “forsake” in many different ways, but it seems clear that Yeshua literally forsook all that He had, as He had no place to lay His head.

Luqa (Luke) 9:58
58 And Yeshua said to him, “Foxes have holes and birds of the air have nests, but the Son of Man has nowhere to lay His head.”

This is a Renewed Covenant manifestation of the same principle as in Numbers 18:20-21, where Yahweh said the Levitical order was not to have an inheritance in the land, but that instead they were to be supported by the tithes and offering of the people. This removed any distractions from serving Yahweh and His people full time.

Because Yahweh denied the Levitical priests an outside means of support, they needed the support of the people if they were to continue to do His work. And because Yeshua’s priests are also not to have any possessions, they also need the people’s support if they are to further the Good News, to build a global kingdom for Yeshua without end.

Yet even if the people do not support as they should, a priest who loves Yeshua will recognize that we are in a spiritual war, and he will have the heart of a spiritual soldier. He will do what it takes to continue the mission for his King. He will avoid entangling himself in the affairs of this life, to keep his time free to serve Yeshua, and His people.

TimaTheus Bet (2 Timothy) 2:3-4
3 You therefore must endure hardship as a good soldier of Yeshua Messiah.
4 No one engaged in warfare entangles himself with the affairs of this life, that he may please him who enlisted him as a soldier.

And as we will see in the next chapter, Yeshua’s priests must also have a heart to work together according to a single clean doctrine, if a true global order for Yeshua is to be built.