This is an idea-paper which ironically is not yet fully formed, but whose time is now. I need to publish this, and ask you for your thoughts and feedback as to how this may play out, so we can take advantage of any window of opportunity to build Yeshua’s kingdom.

We know Satan has been working toward a New World Order for many hundreds (if not thousands) of years, and that his New World Order is almost here. As we explain in Revelation and the End Times, when the New World Order is set up, there will be a One World Beast Government (First Beast), and also a One World Religious Beast (Second Beast). These two beasts will really be two faces of the same Babylonian Beast. 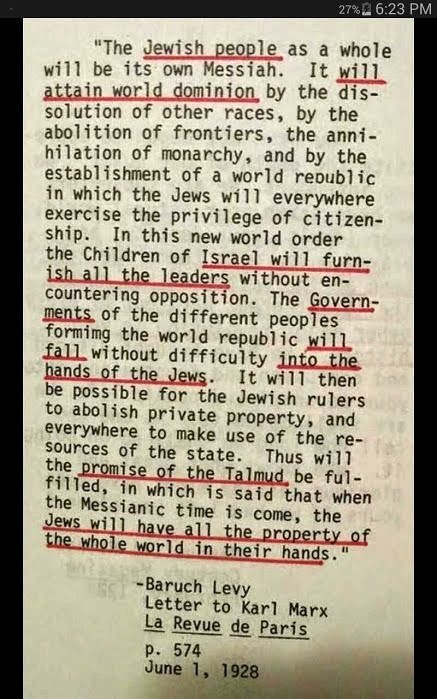 Along with a global government and a global religion, there is already a call for a “Great Economic Reset” which will seek to establish global socialism (if not global communism).

I was hoping to write a separate book on this subject (the Genesis 35 Alliance), which I have not had time to complete. Without the book, these concepts seem difficult to explain, but one question is whether or not (or to what extent) the Genesis 35 Alliance (Team Black-White, Israel-USA, Judah-Ephraim) will take part in the global UN government, and/or socialism/communism. The state of Israel and the USA are both democracies, and therefore they are part of the Babylonian system. However, there are also high concentrations of Jews and Ephraimites in both countries, and they are prophesied to fight together and win against Team Red-Green (Esau-Ishmael, Catholicism and Islam, EU and the Muslim world) in World War 3 (although they will lose World War 4).

There are many opinions about the role President Trump plays. Many have remarked that he is constantly making Masonic and Illuminist hand gestures. Even if he is has genuinely become a Christian, he is clearly not a Bible-believing Christian. Further, the electoral pattern in the US is that conservatives only hold power for two or three election cycles, and then the pendulum swings back the other direction (and with each swing of the pendulum, the center drifts further to the left). That is not to say that the pattern cannot change, but so far, that is the established pattern. Therefore it seems to be a question as to how long the USA will remain conservative (and opposed to global government).

Agenda 21 is also called Agenda 2030. It is also called the Green New Deal. Some of its stated goals are to place nature above man, replace nations with a global government (first beast), destroy the family, depopulate the planet, regulate, nationalize or abolish private property, confine humans to “settlement zones”, and ban farming (which will greatly decrease food output). This combination promises to cause massive starvation and deaths among the human population. They are deadly-serious about the timing. It is only a decade away. 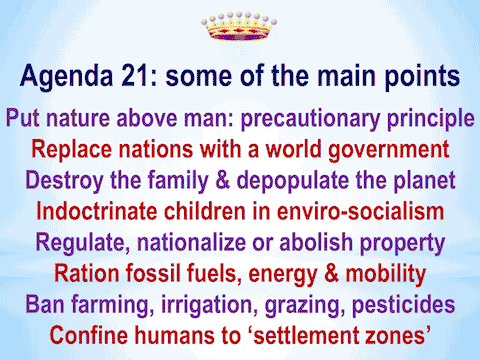 With this background information, let us consider that the Torah (and especially the book of Genesis) is considered to be prophetic. It sets the pattern for events that will come after it. On the one hand, Joseph was able to provide for his father Israel and his brothers. Because of this we might speculate that Yahweh will provide for His people, although we know that only the Assembly of Philadelphia (genuine brotherly love) is protected from harm during the hour of trial. However, let us realize how high the standards for this really are.

Hitgalut (Revelation) 3:10
10 “Because you have kept My command to persevere, I also will keep you from the hour of trial which shall come upon the whole world, to test those who dwell on the earth.”

Let us also consider that in Genesis, Joseph gathered up all of the money and all of the land in Egypt in exchange for bread. Then he eventually gathered all of the people, which is to say that Joseph bought them for Pharaoh (i.e., Egypt).

B’reisheet (Genesis) 47:11-24
11 And Joseph situated his father and his brothers, and gave them a possession in the land of Egypt, in the best of the land, in the land of Rameses, as Pharaoh had commanded.
12 Then Joseph provided his father, his brothers, and all his father’s household with bread, according to the number in their families.
13 Now there was no bread in all the land; for the famine was very severe, so that the land of Egypt and the land of Canaan languished because of the famine.
14 And Joseph gathered up all the money that was found in the land of Egypt and in the land of Canaan, for the grain which they bought; and Joseph brought the money into Pharaoh’s house.
15 So when the money failed in the land of Egypt and in the land of Canaan, all the Egyptians came to Joseph and said, “Give us bread, for why should we die in your presence? For the money has failed.”
16 Then Joseph said, “Give your livestock, and I will give you bread for your livestock, if the money is gone.”
17 So they brought their livestock to Joseph, and Joseph gave them bread in exchange for the horses, the flocks, the cattle of the herds, and for the donkeys. Thus he fed them with bread in exchange for all their livestock that year.
18 When that year had ended, they came to him the next year and said to him, “We will not hide from my master that our money is gone; my master also has our herds of livestock. There is nothing left in the sight of my lord but our bodies and our lands.
19 Why should we die before your eyes, both we and our land? Buy us and our land for bread, and we and our land will be servants of Pharaoh; give us seed, that we may live and not die, that the land may not be desolate.”
20 Then Joseph bought all the land of Egypt for Pharaoh; for every man of the Egyptians sold his field, because the famine was severe upon them. So the land became Pharaoh’s.
21 And as for the people, he moved them into the cities, from one end of the borders of Egypt to the other end.
22 Only the land of the priests he did not buy; for the priests had rations allotted to them by Pharaoh, and they ate their rations which Pharaoh gave them; therefore they did not sell their lands.
23 Then Joseph said to the people, “Indeed I have bought you and your land this day for Pharaoh. Look, here is seed for you, and you shall sow the land.
24 And it shall come to pass in the harvest that you shall give one-fifth to Pharaoh. Four-fifths shall be your own, as seed for the field and for your food, for those of your households and as food for your little ones.”

There appear to be some parallels in between how Joseph bought up all of the money, the land, and the people in Genesis 47, and the idea that of a “Great Economic Reset”, such as the globalists and socialist/communists (Team Black-Red) are proposing.

Yet no matter what happens, the most important thing is to remain focused on Yahweh, and breathe, and hear and obey His voice. If we will walk by faith, and not by sight (or by thinking), Yahweh will deliver His own.

I would welcome educated comments or feedback on this post.